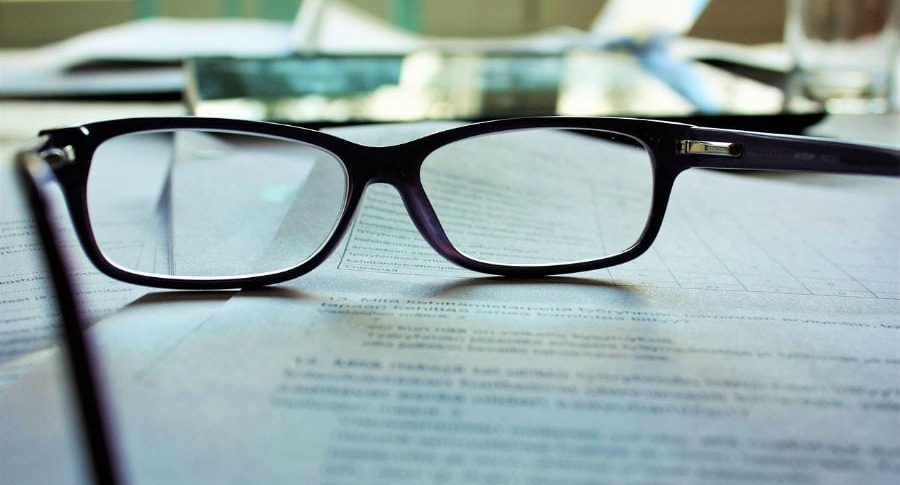 Case study: Musings on ‘John,’ his glasses, and existential-humanistic psychotherapy

“John” came to psychotherapy complaining of anxiety, dark moods, and difficulty connecting with others. A slight man, John wore glasses and made little eye contact with me in our our first meeting. When he did make eye contact though, I could not help but notice that he squinted, as if straining to see me.

He quickly detailed a laundry list of things in his life left undone for a number of vague reasons that, to me, were circular and hard to follow. He had not yet filed his divorce papers from a separation four years ago. He left a graduate program and owed the school money. He had been unemployed for several years and needed to find work. He wanted to smoke less marijuana. He needed to be more assertive with a friend, etc. From our first session, John struck me as an incredibly bright individual whose will had atrophied over the years.

Conventional (i.e., medical-model, treatment-focused) thinking in psychotherapy might say something like, “John is depressed, likely because of a chemical dysfunction in his brain. One of his primary symptoms is amotivation. Because he is depressed, he is unable to attend to the matters required of him (e.g., divorce papers, school loans).

While I do not wholly discount this reasoning, as a psychotherapist trained in existential-humanistic psychotherapy, I have a simultaneous, yet different perspective. Irvin Yalom suggested clients often present to psychotherapy feeling disappointed with the way they are living their lives. They experience existential guilt for making decisions that led to only partial fulfillment or complete denial of their potential. This guilt often manifests as depression, anxiety, or a combination of the two. With this in mind, we might say that John’s depression did not cause his lack of motivation, but his lack of motivation—his repeated decision to not act when an action was required—has led to his current depressed state.

Yalom also suggested that the work of psychotherapy is, in part, to re-engage the will of our clients so that they may live more fully within natural human limitations we all face. Additionally, existential-humanistic psychotherapy holds that the client will bring his or her way of being in the world into the consulting room. These ideas came to life when, several sessions into our work together, John began to make more eye contact (a good sign, I thought) and I commented on his squinting.

“Yes, yes,” he said. “It is a real problem. I got these bifocals two years ago and I’ve never been able to see with them.”

“You have gone two years with glasses that don’t help you see?” I asked, somewhat shocked.

“Yes,” he said. “And I think it really contributes to my mood. But there’s nothing I can do about it.”

“Well, I suppose I could do something about it,” he responded. “They just don’t fit right and never worked from the start.”

“How often have you thought about doing something about it?” I asked.

“I think about it all the time!” he said. “It drives me crazy, not being able to see.”

As this exchange continued, John attempted to move on to other topics several times. However, I found myself slightly obsessed with his glasses. It seemed like such an important symbol for his struggle to self-motivate. Having worn glasses myself, I found it hard to imagine how John could go so long not seeing clearly. Over and over, I brought us back to the glasses in the here-and-now, gently nudging him to deepen into what it was like for him to have this problem that drove him crazy but not to do anything about it. Although I immediately wanted to help him develop a plan to remedy the situation, I fought the impulse, opting instead to stay in John’s dilemma of inaction with him. I realized that to move too quickly would have been to impose my will on John, rather than waiting for John to come to his own willful action.

Now the reader might expect that I am going to finish this post by writing that John eventually bought new glasses and no longer strains to see me in my office. However, no such luck. What I can say is that John and I have discussed his glasses in subsequent sessions and, at his suggestion, have even discussed options (read choices) available to him to find new glasses. At the same time, in subtle ways, connections between his glasses and other domains of his life replete with unfinished business have been made. All of this feels like progress to me. However, conventional psychology, driven by behavioral outcomes, might argue otherwise. Perhaps it might argue that if I am going to use John’s glasses and his lack of motivation to get a new pair as any kind of indicator at all, then our work has not yet served him. After all, he still can’t see well.

As an existential-humanistic therapist, I guess I see it differently.