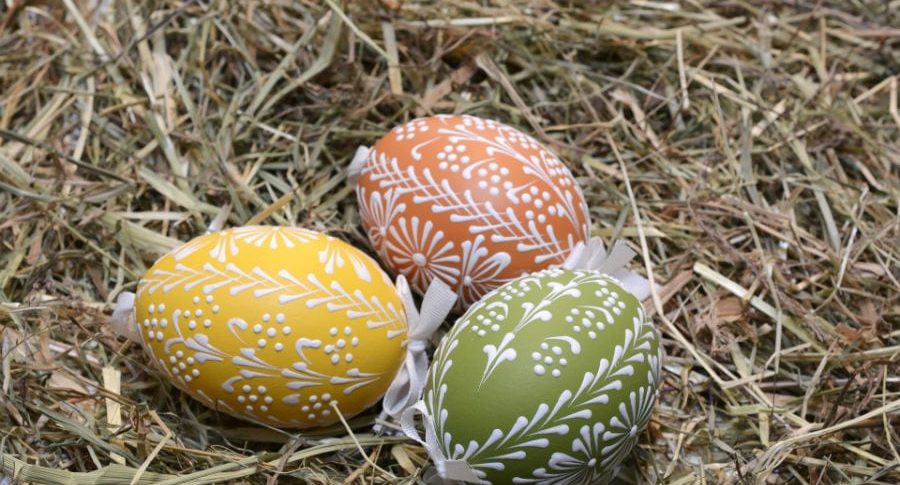 Symbols of transformation and psychospiritual growth

During the religious holidays of Passover, Good Friday, and Easter, we are reminded of the “I-Thou” relationship of faith and the symbols of transformation and transcendence at the core of Judeo-Christian tradition.

According to Jewish folklore in the 15 chapters of Exodus, the Passover Seder commemorates freedom from Egyptian bondage 3,500 years ago when Moses led the Israelites across the Red Sea after a series of 10 plagues followed by a 40-year exile in the wilderness before reaching the Promised Land.

Passover signifies this existential wandering: The hope of redemption and faith in the creation, preservation, and sustaining of life in times of uncertainty, destruction, and oppression. We also commemorate folklore signifying the crucifixion and resurrection of Jesus of Nazareth on Good Friday and Easter. (This is also a pagan holiday that worships Ishtar, the Babylonian goddess of fertility.) These narratives, as symbols of transformation embodied in religious folklore, also empower psychospiritual development, according to existential-humanistic and transpersonal scholars.

Jung’s symbol of the self

In Aion: Researches into the Phenomenology of the Self, C.G. Jung symbolized the ontological condition of being through the archetype of the self, a God-image eternally present in the collective unconscious. The collective unconscious—an extension of the personal unconscious—symbolized the family, social group, tribe, and nation within the history of humanity. At the center of the psyche, self was a reference point by which the individual organized the totality of their psychological experience. The image of the self as God participated in the non-temporal and non-spatial depths of the unconscious.

This experience could not be known by the intellect—only in a transcendental sense as consciousness. This event takes place outside in the cosmos, simultaneously producing an internal image as it became conscious. For Jung, consciousness did not create itself. It welled up from unknown depth like a child that was born daily out of the primordial womb of the unconscious through the realization of one’s relation to transcendent or psychoid (soul-like) symbols, meaning it became available to consciousness. Jung’s archetype of the self manifested spontaneously as an eternally flowing current of spiritual energy, an intermediate between the divine and the human.

Abraham H. Maslow’s research in Toward a Psychology of Being and Religions, Values and Peak-Experiences  discussed in The Farther Reaches of Human Nature found self-actualizers had the following common characteristics:

•    Efficient perception of realty; more comfortable relations with it
•    Acceptance of self, others, and nature
•    Spontaneity, simplicity, and naturalness
•    Problem centering (focused outside oneself)
•    Quality of detachment; need for privacy
•    Autonomy, independent of culture, environment, will act as an active agent
•    Freshness of appreciation
•    Mystical or peak experiences
•    Gemeinschaftsgefühl (Adler); feelings for mankind; identification, sympathy, affection, and a genuine desire to help the human race
•    Deeper and more profound interpersonal relations; greater fusion, love, more perfect identification, obliteration of ego boundaries; healthier, highly selective relationships
•    Democratic character structure
•    Discrimination between means and ends, good and evil
•    Philosophical, unhostile sense of humor
•    Creativeness
•    Resistance to enculturation; transcendence of particular culture
•    Individuals wished for perfection; guilt and shame about shortcomings were projected upon people from whom the average person demanded more than he or she gave; strength and independence of the opinions of others; ruthlessness
•    Foundation for one’s value system is automatically furnished by the philosophic acceptance of the nature of the self, human nature, social life, and physical reality
•    Resolution of dichotomies: Polarities of opposites were found in less healthy people, while in healthy people, dichotomies were resolved, polarities disappeared, oppositions thought to be intrinsic merged and coalesced with each other to form unities

Both Jung and Maslow believed that human beings had a growth-oriented, biologically based, instinctive nature that was fulfilled in self-realization. Self-transcendence, the highest and most inclusive or holistic level of human consciousness, encompassed behaving and relating as ends rather than means—to oneself, significant others, human beings in general, other species, nature, and the cosmos.

As you take a moment to reflect on the meaning of life and the value of family and tradition this holiday season, think about the symbols that invoke your psychospiritual growth.

Are you a Saybrook University alumna or faculty member who is interested in submitting a blog post for potential publication on UNBOUND? You may do so by submitting your finished piece or pitch on the right-hand side panel of UNBOUND pages.