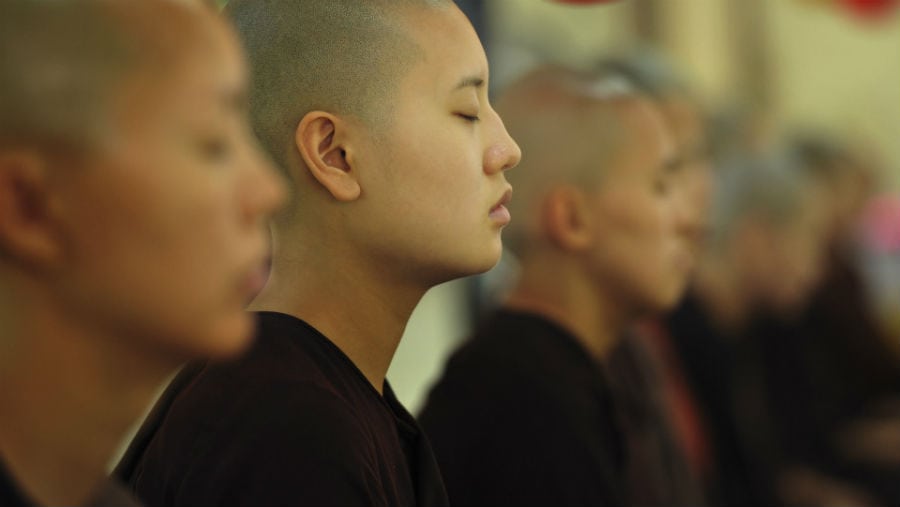 “Life ceases to be problematic when it is understood that the ego is a social fiction.” — Alan Watts

Because the general orientation of Western psychology has been toward the observation, categorization, and alteration of observable behavior, this has led to a therapeutic attitude limited to the diagnosis and treatment of psychopathology. The general assumption seems to be that drug therapies and techniques that lead to behavioral change will also initiate change in mental processes and states. Until the advent of cognitive, existential, phenomenological, humanistic, and transpersonal perspectives, little effort was devoted to the rigorous study of inner mental states and processes and embodied cognition.

Most Eastern psychologies, in contrast, concentrate on the exploration of the function and operation of the mind as well as methods to free the individual from suffering. Since Eastern psychologies are inwardly focused, they may appear to be narcissistic or nihilistic. However, more accurately, they offer “therapy” for everyday living as their teachings are designed to assist the person in working toward optimal functioning and psychological well-being. Through inner development, the individual comes to see his or her place in the larger context as a part of the whole, which can lead to improved relationships with self, others, and the environment.

Perspectives on the individual

Western science has relied on methods for reducing processes to their most elemental level and investigating them in isolation as single variables.

Reductionism, while useful in certain applications, is not helpful in understanding the person. Humans are intersubjective beings interacting with other people and environmental factors in a constant state of flux. Clearly, human beings cannot be reduced to parts but must be understood within the context of the whole.

While Western psychology seems to reflect an attitude that the individual must be “helped” from without, by another person, Eastern attitudes are quite the opposite. Eastern, holistic perspectives recognize the interactive nature of reality, similar to the views of general systems theory. Life is a universal process in which every individual is an essential part. Eastern systems acknowledge that the individual has to decide first to seek change and help her or himself through inner exploration—restructuring and cultivating mental processes, although the guidance of others who have experienced the process may be sought.

The approaches of Buddhism, Taoism, Vedanta, or yoga are not easily comparable to religious or philosophical systems as we understand them in the West.

For Western psychology, according to Alan Watts, “The psychotherapist has, for the most part, been interested in changing the consciousness of…disturbed individuals. The disciplines of Buddhism and Taoism, are, however, concerned with changing the consciousness of normal, socially adjusted people.” In the five decades since these words were written, Western psychology has become increasingly interested in aiding “normal” individuals to reach their maximum psychological potential. In the Eastern view, we are all in need of “therapy” (normal or disturbed alike) since few of us are functioning free from the influence of delusions, projections, or uncurbed desires.

Eastern psychologies maintain that, as a result of social and self-conditioning, our ambitions, beliefs, desires, expectations, preconceptions, and views of the nature of reality are illusory. Since we think and act in accordance with these illusions, we invariably suffer (i.e., experience disappointment, frustration, and pain). However, through the process of meditation and mindfulness, we are able to examine the inner workings of our mind and come to understand the nature of illusion and how it arises. We then come to experience a profound change in attitude and perspective. We begin to see things as they truly are, unfettered by illusions, social mandates, or our own projections. Thus, we come to a more authentic and genuine view of reality.

In search of existential bliss?

In the West, the ego (regardless of the various ways in which theorists define it) is seen as central to identity and personality. From Eastern perspectives, however, the ego is a social fiction. This illusion becomes apparent during meditation when the practitioner recognizes that there is no “I” that can be identified. There is rather an awareness attaching itself to passing thoughts, judgments, and so on, erroneously assumed to represent the ego. Since these thoughts and judgments are ever-changing, there exists no permanent structure that can be called the ego.

Eastern traditions teach that everything is impermanent. Like the breath rises and falls or the seasons come and go, all things are seen as being in a constant process of arising, forming, and dissolving. For example, in Taoism, through wu wei (the attitude of noninterference with the nature of things) one learns to live and act in harmony and go with the flow of events and situations. They’re not passive observers; they are active participants in life, selecting actions in harmony with nature.

Terms such as nirvana, satori, realization, awakening, and enlightenment denote the highest state of spiritual and psychological development and transcendence. Our illusions and distortions, caused by our belief in a fictional ego bent on fortification and justification of a self, prevents us from recognizing the underlying harmony and unity that pervades all of life.

Are you a Saybrook University alumna or faculty member who is interested in submitting a blog post for potential publication on UNBOUND? You may do so by submitting your finished piece or pitch on the right-hand side panel of UNBOUND pages.