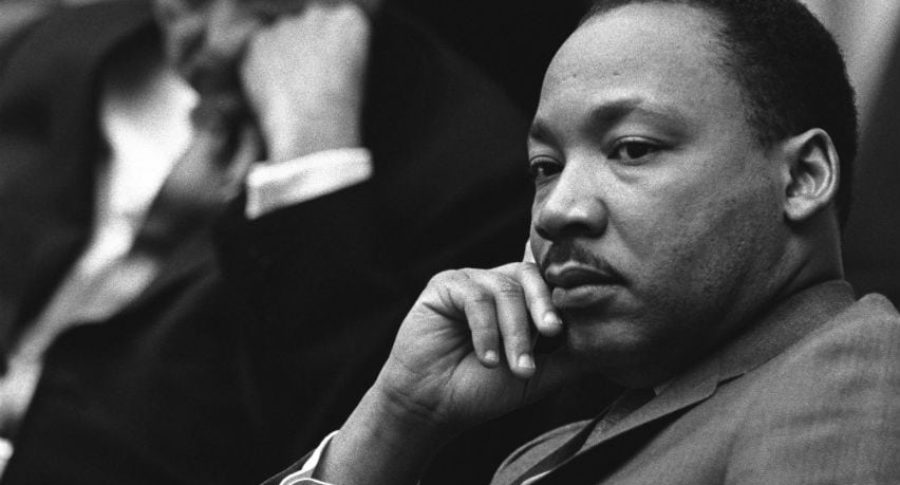 In 1967, as black communities in Detroit and Newark were still picking up the pieces after rage had exploded onto the streets during the “Long, Hot Summer,” Dr. Martin Luther King Jr. addressed the American Psychological Association in Washington, D.C.

From the podium, Dr. King offered his vision for how psychology and sociology could help pull us all toward humanity’s highest potential.

“You who are in the field of psychology,” he said, “have given us a great word. It is the word ‘maladjusted.’ This word is probably used more than any other word in psychology. It is a good word; certainly it is good that in dealing with what the word implies you are declaring that destructive maladjustment should be destroyed. You are saying that all must seek the well-adjusted life in order to avoid neurotic and schizophrenic personalities.”

Today psychology is still very focused on the maladjusted individual. But King’s vision went beyond neurosis or what we think of as “mental illness.” What, he wondered aloud, does psychology have to say to the average person who supports the status quo, who remains blind, or who chooses to ignore the ills that plague our society?

The summer of ’67 was obviously not just about love but about the upheaval of the American psyche. Young and old were pushing past their ideas of what it meant to be American as well as what it meant to be human. The desire to be human—or more accurately a better person—was emerging in the field of psychology as well as popular culture. The literal meaning of psychology is the study of the “psyche”: the soul, spirit, or breath. In the western study of the soul, it seems imperative that we study to understand how that soul is impacted by the choices of the individual and by the choices of society. King saw the connection between the well-being of a person and the condition of the community. A damaged soul can be tied to a damaged community and vice versa.

A recent article published in the Journal of Humanistic Psychology speaks about Liberation Psychology. Much like King’s vision, liberation psychology focuses on the relationship between the individual, community, and the spiritual self in fulfilling our basic needs.

Alsup suggests that advocacy like King’s fulfills a basic need of individuals as laid out in Maslow’s Hierarchy of Needs. King knew all too well the detrimental effects that racism had not only on the black community but the nation as a whole. He said at one point in his speech:

“If the Negro needs social sciences for direction and for self-understanding, the white society is in even more urgent need. White America needs to understand that it is poisoned to its soul by racism and the understanding needs to be carefully documented and consequently more difficult to reject. The present crisis arises because although it is historically imperative that our society take the next step to equality, we find ourselves psychologically and socially imprisoned.”

The narrative of the ‘60s is still present today: With the ever-increasing numbers of new immigrants, racism is no longer just black and white. Psychologists who work with any individual, no matter their socio-economic status, must understand that whatever is happening in society at large will ultimately show up in the therapist’s room. In 1967, psychologists were not interested in the link between social justice and psychological well-being. King challenged them to consider how generations of social, economic, and psychological oppression had impacted the hearts and minds of black Americans. Today psychologists are still being challenged to understand that the client who is present in the room with them brings in not only their family system but the community that they live among, along with all of the ills that pervade it.

King’s APA speech was prophetic, forecasting the revelation we still grapple with today. The work of the psychologist is not just with the individual but with the community as a whole. Perhaps the work can be even more transformative if we understand that helping one person move toward self-actualization can help a whole community move towards a true freedom and justice.