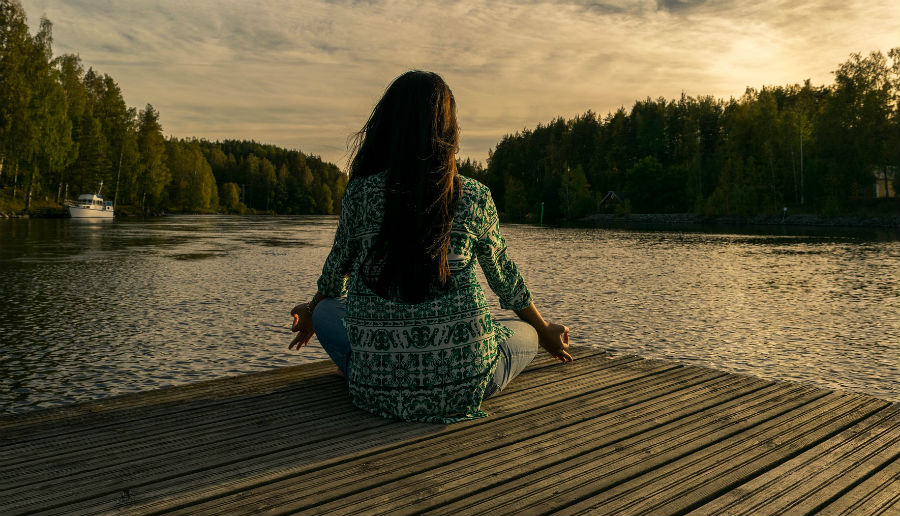 Anjali Talcherkar had been arguing for years with her psychiatrist about using antidepressants. Although addiction runs in her family and she was diagnosed with clinical depression, she felt antidepressants were hurting instead of helping her. After landing on the doorstep of Los Angeles’ Friendly House Women’s Recovery Home in 2011, and learning more about the 12 Steps, Ayurveda, yoga, meditation, and the breathing technique Sudarshan Kriya, she realized what would help her in the long haul.

Talcherkar decided to take sobriety into her own hands in July 2012. But in order to do so, she not only had to permanently turn her back on drugs and alcohol. She also had to stand up to her own psychiatrist.

“I’m coming up on five years clean and sober,” says Talcherkar, who will turn 39 this year. “July 2012 was the last time I had any type of alcohol or drug substance, so that’s my sobriety date. I was on antidepressants for a long time because that’s how psychiatrists were treating me. For many years, I visited practitioners who treat primarily through psychotropics and who don’t really incorporate holistic medicine. They had diagnosed me as bipolar with chronic depression. But, in 2012, I finally weaned myself off of all mind-altering substances, including psychotropic medications.”

Talcherkar developed her own routine, which included the 12 Steps, Ayurveda, yoga, meditation, and the Sudarshan Kriya breathing technique. The Saybrook student, who is currently a third-year Ph.D. candidate in Mind-Body Medicine: Integrative Mental Health, has not been afraid to confront her own past during her education either. While focusing on addiction studies to earn her master’s degree in psychology, she freely admits that she was still using drugs. After completing a few credits in 2007, she left Antioch University and did not return until she was sober and ready to complete the program.

“I was in psychotherapy at the time,” Talcherkar says. “I just became fascinated by the field of psychology. It was a combination of interests, and I’ve also been very academically inclined so I tend to just continue to learn and educate myself.”

She’s just as receptive to learning even when she identifies with the population a study is focused on. As a research mentee at the Division on Addiction, Cambridge Health Alliance (CHA) in 2016, she was focused on projects involving gambling addiction and driving under the influence (DUIs).

“Ironically, as a repeat DUI offender, there was no way for me to separate my personal experience from the Division on Addiction’s data on repeat DUI offenders,” Talcherkar says, who started drinking alcohol at the age of 15. “My biggest takeaway from this research program was that I could be more compassionate working with that challenged population. There’s immediate empathy there. Of course, most researchers don’t necessarily have the same prolonged addictive history as I do.”

“The Division on Addiction conducts primarily quantitative-based research,” Talcherkar says. “They focus on the numbers and data, important in its own right, but sometimes there is a disagreement between qualitative versus quantitative schools. Coming from Saybrook and having the double experience of having been a repeat DUI offender, I have a level of compassion and empathy, which could be considered a personal bias or a personal strength, depending on what school you come from. My experiences at Saybrook and CHA have taught me that there is a need and place for both. Personal anecdotes and stories are as informative as quantitative data.”

Proclaiming that “Saybrook found me,” Talcherkar learned about the university while browsing around online for an editor, who turned out to be a Saybrook student. But it was the humanistic philosophy from the professors and in the classes that made her apply and pursue her Ph.D. with Saybrook over several other programs.

“If I have an idea for a paper in a class and it’s a little unconventional, nine times out of 10, I’ve felt supported to do what I want to do,” Talcherkar says. “You don’t find that in a lot of academic institutions. Other universities have the academic rigor, guidelines, and structure. But I feel like Saybrook truly believes in the student and that humanistic philosophy. The potential of the student is their greatest asset so they really work to support you in whatever you want to be. At Saybrook, you’re going to grow and expand beyond your known mental confines.”

Talcherkar plans to use her educational growth to teach and research mind-body practices as a practitioner.

“One of my main goals is to make mindfulness-based practices more mainstream,” Talcherkar says. “In a couple of my blogs, I’ve mentioned the Sudarshan Kriya breathing practice. It’s taught by the International Association for Human Values (a sister organization of the Art of Living foundation) to different populations now. It’s a controlled rhythmic breathing practice, and it helps you ease into meditation and balance out emotions. There is some research on the practice currently that may help alcohol-dependent individuals. I’d like to contribute more research on the SK practice within addiction populations.”

From her experiences with the 12 Step Anonymous programs, she shies away from the belief “that we’re born fundamentally diseased and broken. I believe that people struggling with addiction can recover completely. Unfortunately, the mindset throughout the 12 Step program reinforces a disease model—a chronic condition that you’ll live with for the rest of your life. I don’t resonate with ideology driven by fear.”

Initially believing that her multiple relapses at an abstinence-based treatment center were failures, Talcherkar now looks back on that time period as a way to learn and grow into who she is today. And while she realizes that the techniques she’s used to overcome addiction may not work the same for others, she certainly plans to advocate for them.

For more information or to contact Anjali, visit anjalitalcherkar.com or email her at [email protected].