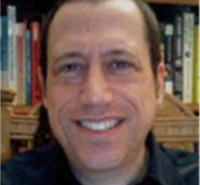 Joel Federman, Ph.D., is a writer, teacher, and activist. He is Chair of the Department of Transformative Social Change at Saybrook University. He has a doctorate in political philosophy from the University of Southern California, and currently lives in San Francisco.

Dr. Federman's teaching and writing focuses on helping people to reenvision their individual and collective potential, to see themselves shaping a better world. He is currently writing a book on those themes, to be titled The Politics of Universal Compassion. Though primarily providing a positive vision of global civil society movements that are working to realize values such as universal compassion, nonviolence, democracy, human rights, social justice, and environmental sustainability, the book will also present those movements in contrast to growing hyper-nationalism, racism, and xenophobia in various parts of the world.

Dr. Federman also does research and writing in the related areas of violence prevention, media violence, diversity education, and cross-cultural conflict resolution. He is also interested in exploring ways that new communication technologies can be used in the service of transformative social change. Dr. Federman is developing a case study of civil society activism toward democratic reform in Egypt. To further this research, he traveled to Egypt in August 2011, and met with democracy activists and others.

During the Fall 2020 semester, Dr. Federman is teaching TSC 6610 Social System Transformation Theory, and is a member and/or chair of several dissertation, thesis and essay committees.

A former Co-Director of the Center for Communication and Social Policy at the University of California, Santa Barbara, Dr. Federman was project director for the National Television Violence Study. For that three-year effort (1995-98), he coordinated a team of more than 200 individuals at four major research universities -- the Universities of California, North Carolina, Texas and Wisconsin -- to produce the most comprehensive study of television violence to date.

Dr. Federman was also project director and co-author of the Choices and Consequences Evaluation, a study of a middle school violence prevention curriculum developed by CourtTV, the National Middle School Association, and Time Warner Cable. In 1998, he initiated the Center's Civility Clearinghouse, a web-based resource for information regarding the topic of civility. He is the author of Empowering Diversity, a curriculum for middle school students commissioned by the Santa Barbara, California Board of Education.

Dr. Federman is a member of the Academic Council of the American Friends of Combatants for Peace, a bi-national, egalitarian grassroots movement of Palestinians and Israelis, who are dedicated to nonviolence. He has led numerous cross-cultural conflict resolution workshops, including a year-long Palestinian-Jewish dialogue at the University of Southern California. He is a former member of the board of directors of the Peace and Justice Studies Association, a national consortium of university-based peace and conflict studies programs.

His writing has been published in Common Dreams; the Los Angeles Times; the Encyclopedia of Communication and Information; Tikkun Magazine; the Yearbook of the UNESCO International Clearinghouse on Children and Violence on the Screen; Alternet; Campaigns and Elections; and Humanities in Society.