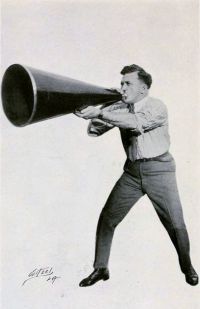 No doubt, countless articles have already been written in the aftermath of the Grand Jury’s decision not to indict Darren Wilson for shooting Michael Brown. No doubt, there are polarized opinions on whether this was the “right” decision. No doubt, the people of Ferguson are reeling from the impact of this decision. And soon, if not already, no doubt, people not immediately affected by the situation will become tired of reading, talking, and hearing about all of it.

I noticed my hesitance in even beginning to write a piece on this. Leading scholars, award winning journalists, noteworthy pundits and many others more qualified have thrown their hat in the ring and made their opinions heard. My inner critic tells me that my small voice won’t be heard, that what I have to say is inconsequential, and that no one will listen. And that’s precisely why I decided to write anyway.

Social change can only happen when individuals become engaged. It’s the gestalt of social movements where the unified whole is greater than the sum of it’s parts, but the individual parts are central in creating that whole. Throughout history, we can point to individuals who have mobilized change on a massive scale. The phrase of “If not I, who? If not now, when?” echoes through time as a mantra for those individuals who believe they have something to say. But being engaged in social change does not need to be so grandiose. Engagement can be a quiet voice. Engagement can be a small act of compassion. Engagement can be a willingness to remain open to the possibility that your views can be changed.

What’s happening in Ferguson isn’t just about race. It’s about not being silenced through fear. It’s about standing up to be counted. It’s about fighting against the waves of apathy in order to keep the dialogue going. Daring to speak your truth individually and engaging in the process is how change happens.