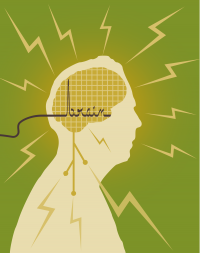 Biochemistry of Individuation
One’s perception of an event as stressful activates (1) the sympathetic nervous system, (2) the fight-or-flight response, (3) corticotropin-releasing factor/adrenocorticotropin hormone (CRF/ACTH), (4) the synthesis of progesterone, precursor to the adrenocortical hormones: cortisol, cortisone and aldosterone, which regulate blood sugar, inflammation, salt/water balance, electrolytes, and blood pressure, (5) and the synthesis of dehydroepiandrosterone (DHEA), precursor to testosterone and the estrogens. Testosterone regulates libido and the development of muscle mass. The estrogens regulate affective arousal via cortical-subcortical control of the hypothalamic circuitry. Progesterone, synthesized by the adrenal gland and the brain, stabilizes nerve function and the adaptive response to stress. DHEA, synthesized by the adrenal gland, created de novo by neurosteroids in the brain, serves a primary role in adrenocortical regulation, hormonal balance, and the synthesis and receptor sensitivity of neurotransmitters and neurosteroids in the central nervous system. Hormones and neurotransmitters are thus integral to the sense of well-being, the development of meaning, and the emergence of self.

Science, Theory, and Hypothesis
Psychoneurointracrinology studies the relationship between the hypothalamic-pituitary-gonadal (HPG; sexual) and hypothalamic-pituitary-adrenal (HPA) axes modulating (1) the autonomic, neuro-intracrine, and corticolimbic systems, (2) autopoietic properties at the hormonal, enzymatic, and receptor levels, and (3) neuronal projections that maintain metabolic homeostasis and psychological equanimity. Where is the interface between the HPG and the HPA axis? Neurons binding estrogens concentrate in the hypothalamic preoptic, periventricular, and arcuate nucleus. Neurons binding progesterone concentrate in the medial basal hypothalamus around the median eminence (ME). The paraventricular nucleus (PVN) and arcuate nucleus, sites where the HPA and HPG axes share neuronal information, integrate cognition, affect, and behavior related to stress, adaptation, reproduction, aging, and the sense of well-being.  The CRF-ACTH pathway, originating at the PVN, terminating at the ME, is an interface between the mind and the brain. Through the neuromodulation of reflexive, visceral, and subliminal signals, the corticolimbic system up and down regulates neurointracrine activity and the psychodynamic plurality of states as the person is always in the process of becoming.

References
Gordon, S. (2007). Psycho-Neuro-Intracrinology: The embodiment of myth, intentionality, and the spiritual sense of well-being in women at midlife. Dissertation Abstracts International, B 68/09. (UMI No. 3285857)