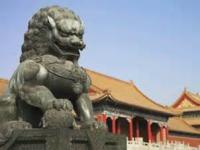 The evolutionary theorist and psychologist, Clare W. Graves, puzzled by an inability to answer his students’ questions about which theory of human development was correct, dedicated his life to exploring the differences in personalities of mature adults as they relate to their human experience.  From over a thousand essays from students ranging from 18-61 years in age during the period from 1952 to 1959, and from complementary library searches, Graves started to conceptualize his idea of an evolutionary cycle that alternates between phases where individuals attempt to make the world fit to them; a cycle that is expressing self and phases of adaptation to the world as it is, that is denying-sacrificing.

Graves referred to his fully-developed model as the “Emergent Cyclic Double Helix Model of Mature Adult Bio-Psychosocial Development, also referred to as ECLET for Emergent Cyclical Levels of Existence Theory.  Emergent implies that individuals evolve as they face new life conditions.  Cyclic refers to the repeated switch between expressing self and denying-sacrificing self.  Double Helix refers to the coupling of the life conditions and mind capacities and to the notion that the development of human beings is not finite.  Mature adult refers to the type of individuals Graves studied.  Bio refers to that which is necessary for development.  Psychosocial refers to subjective, interior development.

In my view, this model, as defined above, can relate very well to the notion of ontogeny used by biologists, as suggested by Humberto Maturana (2001), that is “the genesis of the being of the living system, its individual history in the conservation of living and the conservation of congruence” between capabilities and life conditions.

Graves’ model, popularized by Don Beck and Christopher Cowan in their 1996 work entitled Spiral Dynamics, is composed thus far of eight levels.  I present here below their main descriptor:

These eight systems represent the different life conditions human beings have been experiencing to date and the mind capacities they have developed to respond to the problems generated at each level of life condition.  Graves also noticed people do not operate at a single level but combine sacrifice and express-self mind capacities which are activated according to certain situations.  However, an individual cannot operate at a higher level than the level of neuropsychological equipment he has developed.

As Graves concluded after years of research, an individual, an organization, a country can operate fully functionally only at G-T or H-U level that is integral or holistic.

A previous piece of research on trust building in China let me realize how much many Chinese were lost when it comes to their value and belief system, their worldview. This prompted me to conduct research to study what values and beliefs deeply matter to Chinese people, which worldviews prevail in modern China and what trends can be perceived.  Using Graves’ model, I analyzed results obtained from a total 41 questionnaires of Chinese nationals with very diverse profiles.

The Clannish us (Purple) is strong historically and currently in China. Respect for elders and ties to family are still very important and are neither declining nor increasing, but the respect of traditions is declining sharply while  believe in superstition is rising. Its increase is often explained by the limited presence of religion and the need for people to give some sense to what they do not understand. Richer people seem to be more impacted by superstition.

The Powerful self (Red) ranks last in term of what matters to Chinese society. However it is the third worldview in today’s Chinese society and still raising. The main positive attribute of the red worldview is to foster risk taking. However the sample interviewed clearly considered China as a risk averse society, even if this attribute seems to be on the increase. On the other hand, the need for quick reward, power and respect and people’s tendency to do things their own way without considering the impact on others is increasing significantly. One can say from this survey that Chinese society is unfortunately developing mainly a dysfunctional powerful self worldview, though this does not represent its historical behavior.

In a country perceived from a foreign perspective as quite rigid and centrally controlled, a country where Confucianism has historically had so much influence (Pierre, 2013), the limited importance of the righteous us (blue), a worldview also encompassing a strong desire for structures and discipline, can be surprising; though one needs to keep in mind that China shows two very different facets. From a political standpoint, and even if the central government cannot always implement its instructions as easily as it may wish at a local level, citizens and businesses follow quite diligently what they are asked and avoid commenting. One can say from this standpoint China functions under a rather strong structure and discipline. From a business standpoint however, the situation is very different and still reflects very well, in my view, the saying attributed to Deng Xiaoping that the color of the cat does not matter as long as it catches mice. The only clearly increasing aspect of this worldview identified from this sample is the belief in a superior power and faith in the purpose of life. This latter element constitutes certainly a powerful antidote to a dysfunctional orange, where success means earning more, having more, being stronger.

The strategic self, orange, was ranked first of all modern China worldviews.  This does not appear as a major surprise based on the description just above of what is happening in the Chinese business world. This situation is supported by another finding from this survey:  in today’s Chinese society, happiness is about personal achievement and personal asset is becoming one of the highest desires, even if this notion is historically not considered as being of major importance. The most surprising result of this survey, for me, was observing that the belief in technology and science for improving life conditions was considered very important, and its relevance is increasing the most among all worldviews. But it actually confirms the transition of China into an orange (E-R) state where scientific thinking dominates. Science, technology and innovation, as well as poetry, were most developed under the Tang dynasty (618-906 AD), a period considered as one of the most flourishing in Chinese history, and driven by Taoist principles (Pierre, 2013), until the Song dynasty (960-1279 AD) took power and installed Confucianism as the main life philosophy or worldview. It was not clear from this survey if respondents made a link between this period and their ranking and how it connects to the perceived rising importance of the integral self worldview, very close to Taoism (Pierre, 2014).  However, this finding can be perceived as encouraging as long as science and technology is understood not only as an aim, that is for the sake of technological progress only but also as a tool towards an integral worldview to make the Chinese society more functional.

Another significant finding from this questionnaire is the huge gap, the largest of all, between the significance of the communitarian self worldview, what it represents today and how it develops. Equal rights, social justice, concern of fellow humans, solidarity are of great importance historically to Chinese and make them rank this worldview as the most important. However in a society where materialism has become far more important than social values, as this survey shows, this worldview has become one of the least significant and continues to decrease. This is confirmed by the large dominance of individual comes first versus collectiveness comes first identified in vector two. This seems to represent a clear shift away from the past and from Hofstede’s findings (2010) that put China in the cluster of very collective nations.

The integrated self and holistic us worldviews ranked respectively fourth and fifth in term of importance. I purposely looked at both together as they both belong to the tier two category, according to Graves categorization, and that as shown in a previous essay (Pierre, 2014), both can be related to many aspects of Taoism. From that perspective, it might not be surprising to see their importance ranked before the powerful self which historically mainly existed during the age of feudalism (1046-256 BC) (Pierre, 2014). Though the holistic us worldview is on a sharp decrease, the integral self, an “I” worldview, shows signs of increase. The most pronounced increase is for Purpose of living is to be independent, free within reason.  In my view, this illustrates very well that Chinese society is eager to gain more independence, yet aware of its social fabric and the need to have a certain level of cohesion for the country to be sustainable.

Neither collective culture nor individual minds seem able to cope anymore with the growing complexity and unpredictable changes of our world, and China is no exception to that.  What is needed is a framework that ties everything together to develop a shared sense of what needs to be done.  Such a conceptual framework may be called a worldview.

To that aim, should and can China have its own enlightenment as Europe did during the Renaissance period?  Can Taoism, Buddhism teaching be brought back into classrooms much more than it is today even if more and more free local schools, Shu yuan, flourish in major cities to promote Chinese traditions?  The latter option is probably more likely and desirable than the former but can the Chinese embrace it when the return to traditions is less and less valued?  This will require, in my view, a change in the perception of Taoism and Buddhism in China as initiated for instance by the first Daoist forum in 2007 (Stikker, 2014).

Like the Yin and Yang, Graves’ model acknowledges the need to handle perceived paradox, to find a balance between the “I” and “We”; between discipline and freedom, between science and ecology.  Chinese culture traditionally was based on these principles.  It will need to conserve them and not fall into the polarization trap which prevails too often in the Western world.  A critical element moving forward is the mutual trust among people, highly influenced as many researchers demonstrated, by the trust in the institutions.  The current and massive anticorruption campaign is a very positive sign in this direction and will help increase bonding and creativity.