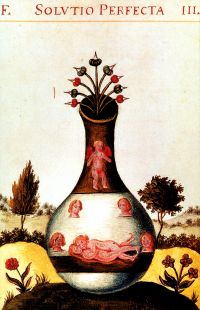 What are the essential elements of brewing a good cup of coffee?

Certainly, one needs the proper equipment. Yet, we all know that acquiring all the right equipment does not a barista make. Just as purchasing an expensive camera does not qualify one as a good photographer. It is only the beginning. The right tools for the right job, as they say.

So, I asked Ving about her own equipment. I wanted to find out more about her attitude towards the tools of her craft. I made some comments and posed the following question to her: given how important the pour is in brewing that cup of coffee, I imagine the weight and feel of that water jug is essential. “Of course,” she replied. I then asked, “What if I were to replace the jug that you normally use with the exact same model of jug with the same balance and weight? What impact would that make? Would you go and compete in barista competitions with that new jug? After all, you wouldn’t have to lug all your equipment around.”

Ving smiled at me and said, “No, it’s not the same. I have used the same jug since my own apprenticeship in Taiwan. My brewing will not be the same with a different jug. Heaven forbid that I should lose that jug! In fact, many baristas are so exacting of their requirements that they will bring their own equipment including their own water.”

So what are we to make of this? Superstition? Science? Art? Magic? What are the essential elements of brewing a good cup of coffee? What are the essential elements of psychotherapy? If it is to be manualized and standardized, then the jug should not matter. If we take it a bit further, perhaps the practitioner would not matter either when it comes to psychotherapy. This was indeed the case when I consulted with a local counseling center and one of my own supervisees. The clinical psychologist consultant to the counseling center advised against transferring a traumatized, abused client to another counseling center in order to follow my supervisee as she rotated to another location to continue her training. This client had been working with my supervisee for almost a year at the time of the transfer. The rationale given for this decision was that in the government mental health system, clients are assigned to the therapist in rotation and clients need to adjust to the inevitability of change and loss. Understandable. Transience and detachment are important existential givens we’re all faced with.

However, what troubled me was the emphasis upon the system and the attitude behind the decision. Operating from more of a medical model, what the consultant emphasized was “procedure” over and above the “provider” to borrow the language of the system. What was left unspoken was, if the right “procedures” were practiced, the provider becomes secondary. A good provider was one who practiced the right procedure. In the end, how can you discount the relationship and the trust that was built up over the year? Though this example is extreme and I hope rare, it begs the question, what are the essential elements of many forms of art, including the art of psychotherapy? Can the jug simply be replaced with a replica that seems exactly the same? What if psychotherapy is practiced in a systematic fashion that is manualized and standardized? Is this even possible?

Well, Ving’s answer is “No! Not for her!” That is why she is not working at Starbucks and would not choose to buy a franchise. One can perhaps understand her need for her “special jug” as superstition. However, I believe Ving’s Special Jug is about her attitude. All the invisible, unquantifiable, intangible aspects that go into a good cup of coffee. More than the nostalgic personal affections that goes into her special jug, the spirit or even “magic” of her jug are what makes her jug special. That spirit cannot be replicated. It however, can be earned through sweat and blood. I believe that the essential elements of her jug are the spirt of that jug which is the culmination of all her endless cups of coffee brewed and tasted and the attitude about brewing and life that Ving has accrued in her journey to become a good barista. The jug is simply the tangible, outward manifestation of what Ving has cultivated within regarding life and the art of the brewing.

Perhaps this is what is meant by the Chinese Chefs who insist that cooking with an old wok that has cooked thousands of dishes makes a vital difference. There is something in the spirit of that wok that is more than just the physics of working oil into wok. Call it superstition and magic if you will. Science is now just catching up with the power of “magic, faith and superstition” when it comes to healing. The common factors point to the importance of faith on the part of the therapist and client and how important it is for the therapist to transmit that faith onto the client. Perhaps Carl Jung and our children have it right when they say it’s Magic.

Finally, I’d like to redistribute this story that I came across in my readings of Irvin Yalom and Victor Frankl. When I asked Ving about her Magic Jug, I had this story in mind. I wondered if the essential elements of her brewing could be reduced, captured, and most importantly reproduced or replicated in her equipment and formula. If so, perhaps I can start a Café Famille Franchise! Blasphemy! So even though Café Famille will cease to exist next month, I’m heartened to know that Ving is moving forward in her journey by returning to the source and that the spirt of Café Famille will ripple on through Christine who will soon embark on her own journey of becoming a barista in her own hometown. Finally, here is the story of Butter and the Ten Pound Cat:

Two neighbors were involved in a bitter dispute. One claimed that the other’s cat had eaten his butter and accordingly, demanded compensation. Unable to resolve the problem, the two, carrying the accused cat, sought out the village wise man for a judgment. The wise man asked the accuser, “How much butter did the cat eat?” “Ten pounds” was the response. The wise man placed the cat on the scale. Lo and behold! It weighed exactly ten pounds. “Mirabile dictum!” he proclaimed. “Here we have the butter, but where is the cat?”