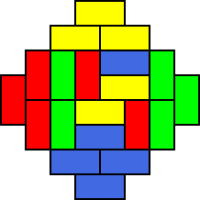 The human solidarity that I envisage is not a global uniformity but unity in diversity. We must learn to appreciate and tolerate pluralities, multiplicities, cultural differences. (Gadamer in Pantham, 1992, p. 132)

The realities of globalization and multicultural omnipresence initiated a socio-economic and political demand for the inclusion of the cultural other across all professional practices, including mental health. The American psychiatric and psychological paradigm was myopically focused on white, middle-class, male values, which required change through challenging the “racist, sexist, and ethnocentric paradigm and behavior” (Flaskerud, 1990, p. 332) of its practitioners. Cultural competency became a requirement in the field of psychology throughout the years, and there is a common belief that a therapist/client cultural matching engenders stronger therapeutic concordance (Sue et al., 1991) and successful concomitant outcomes.

Research, however, reveals mixed results (Atkinson 1983/1985), often inconsistent to that general assumption. Flaskerud (1990) emphasizes the conceptual and methodological difficulties in the research of cultural matching, which render scientific ambiguity on empirical support, while the danger of cultural essentialism have directed litterateurs to focus more on cultural differences (Wendt & Gone, 2011). This essay will attempt to look at the case against cultural matching from an existential and phenomenological perspective.

As per Heidegger (2010), human beings are not at home (Unheimlich)—we live in an alien world, the uncanny. The cultural other could reveal our uncanniness and lead us to an existential angst, which in turn discloses a world of possibilities and freedom eluded by our everyday entanglement to “the they” (Das Man), the familiar. We adopt the values, beliefs, and practices of the culture we grow up into, be it society or family. We eat as others eat, dress as others dress, talk as others talk. We are part of a societal norm; the meanings we make through everyday practices are preexistent as embedded in the culture we find ourselves in. There is no ownership of the “me” as engagement to Das Man alienates the “me” that I am from any authentic possibility and ownership.

Values for Sartre (1992) “are demands” emanating their “being from [their] exigency and not [their] exigency from [their] being” (p. 76). Their foundation could either be, according to Sartre, the denial or the acknowledgment of man to the will to freedom. A value is not a being itself, created by itself, it has no existence unless it is vigorously and unreservedly chosen by an individual, it is present because of how one chooses to project his “I” in the world. For Sartre, the “ideality” of values (p. 76), and hence their sedimentation, is a result of the angst adjoining the acknowledgment that they are a product of an individual’s active freedom, and questioning those values we adopted as ours would invoke anxiety. Freedom is realized when values are challenged away from their demands. They are stripped of an “ought” and hence reveal the active agent, myself, as well as my projects and how I am engaged in my world. A culturally matched psychotherapy that sees values as shared and common could disallow an exploration or questioning of what is shared, hence left in a moral rectitude, both therapist and client encapsulated in Das Man, unassailable of their beliefs and practices, without risking the uncanny in the familiar. The prospect of surprise is excluded, and so is the possibility of transcendence and agency towards the therapist’s and client’s facticity.

Family, history, religion, birthplace, ethnicity, race, and gender are all essential to a person’s facticity (Heidegger, 2010) and interpretation of the world, yet none of these characteristics can capture the meaning(s) of a Being-in-the-World. Attempting to determine and signify an individual to a set of generalized cultural connotations, where the “match” would bedrock the therapeutic relationship, would delimit Dasein (Heidegger, 2010) to a distorted conception of Be-ing as an object, complete in “its” potential.

Human existence (Van Deurzen-Smith, 1988) is universally and fundamentally expressed in the ways in which each of us walks through the thrownness and the facticity (Heidegger, 2010) of our existence. The physical, social, personal, and spiritual dimensions of existence (Van Deurzen-Smith, 1988) are not limited to a culture but catholic, a universal ontology beyond which lies the individual Dasein moving through its givens of facticity, trying to make sense of them. Dasein’s unique approach and interpretation around these existential givens and facticity, is what is pivotal in therapy, where it cannot be compartmentalized and interpreted in its parts, be it culture, gender or ethnicity. Starting therapy based on a cultural match would emphasize an “I” that is myopic and negated in a Cartesian duality, as the “I” is the totality of parts: events, experience, history of a person; one of this excludes the “I” that the client is, hence it becomes useless, it has no raison d’être (Sartre, 2005).

Rationally categorizing the cultural other as a gender, educational background, ethnicity, or economic status, is merely unethical in terms of denying the other’s autonomy, as it is reduces the other into a some-thing deprived of the opportunity to speak for him-self. This is what Levinas (1969) calls totalization, a failure to relate with the other beyond the phenomenal realm.

For Heidegger (2010), we are historical beings in that we act according to how we interpret our past, present, and future as meaningful carriers of our present projects. Authentic existence is historizing, making history, based on its past, acting in the present, hence creating a future. Responsibility and ownership are revealed through the fact that this creation of history is not limited to one’s own being, it influences collective heritage, as creation is a response to it in terms of acting upon or in contradiction to it. Besides that, tradition should be challenged in terms of the “primordial sources” from which it derives, says Heidegger. We need to “destrukt” (Heidegger, 2010) our cultural inheritance in order to explore and reconnect with it, by retrieving its origins and transforming it. Transforming and creating it through initially understanding it, henceforth seeding a new potential as interpretation is “…the waking-out of possibilities projected in understanding” (Heidegger, 2010, p. 189).

Dallmayr (2009), referring to Gadamer, writes that understanding “means being situated in a temporal happening, in an ongoing ‘process of tradition’” (p. 29), which involves both parties in dialogue “expected neither to erase themselves (in a vain attempt to “go native”) nor to appropriate and subjugate the other’s difference; rather, the point is to achieve a shared appreciation and recognition of differences.” (p. 32) This, in Gadamer’s hermeneutics, means that both participants carry their own horizon, while engaged in a dialogue, which needs not be eradicated or constricted but imperative to form a “fusion of horizons” (Gadamer, 2004), where “we encounter the Different, enabling it to speak freely” (Dobrosavljev, 2002, p. 611). A new language is then created between two divergent worldviews, formed by each person’s diverse experiences and cultural otherness, a language that is not synonymous, but shaped by the original horizons, with all prejudices being at full play, not muted, a “full play” where we the otherness is allowed “a claim to truth” (Gadamer, 2004, p. 299), in which process we change, experiencing an “identity shift” (Taylor 2002, p. 141). Difference is hence brought forth in the process of Being-with-the-Other—it is the facilitator that enables the revelation of a common perspective that will transform both beings. A cultural matching would silence any otherness in understanding, as what is to be challenged through language, values, and practices would have already been discerned in an anticipated mutuality.

In this sense, the “learning” of a culture presumed in multicultural counseling or a cultural matching of client-therapist, seems to have a teleological formation that eliminates the interminable possibilities inherent in the Gadamerian fusion of horizons, and prohibits any shift of sedimented values, a shift possible only in praxis, not a multicultural know-how, but in the presence of the cultural other who answers back. Social sciences’ logos is presumptuous in understanding the other by infiltrating his world from a safe distance that accepts no reflection or identity alteration through a fusion of horizons revealed as “a human alternative” (Taylor, 2002, p. 141). One challenges their prejudices in the process of understanding the other, changes their expectations and worldview in the process of eliminating the strangeness of the alien other. A cultural matching would not include any invitation to reinvent the therapist-self or the client-self, in the face of familiarity. Cultural matching signifies the other as one who “is like myself,” a supposition eliminating the originality of the other’s discourse through which he will reveal himself but also my significance (identity) as an-other, surfaced through my encounter with this originality. “The mystery of the other is nothing but the mystery of myself” (Merleau-Ponty, 1973, p. 135), and together we discover a new language, create, transform, and meet ourselves in the context of otherness and mystery.

Dasein is always in a move, it is a t/here Be-ing, and just as Dasein cannot be enclosed or defined as An individual, culture and history are equally transcendent, “Thus the horizon of the past, out of which all human life lives and which exists in the form of tradition, is always in motion.” (Gadamer, 2004, p. 304). Given that, the word “matching” carries with it an enclosed horizon inadmissible to movement or vicissitude, a concept impossible in the ontology of Being.

To conclude, existentially and ethically, cultural matching could prohibit the revelation of the cultural other as a particular and autonomous Being-in-the-World. It could also conceal the possibility of challenging the values one signifies their being with historically, which could deprive one from her Be-coming and possible transformation formed within the desire to understand the other as different, and stimulated by the relational exchange of two (or more) discourses distinguished from each other.

Pantham, T. (1992). “Some Dimensions of the Universality of Philosophical Hermeneutics: A Conversation with Hans-Georg Gadamer.” Journal of Indian Council of Philosophical Research, 9(2), 130-142.

Today’s guest contributor, Elena Konstantinou, is an existential psychotherapist based in Cyprus and a member of the School of Psychoanalysis of the Forums of the Lacanian Field in Athens.