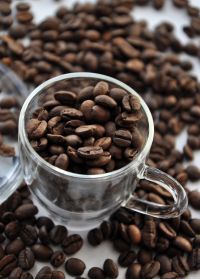 Time flies, which is another way of expressing the existential givens of transience and impermanence, the basic tenets of Buddhism. I mouth this to myself whenever I encounter the changes that are ubiquitous and unavoidable in China and parts of Southeast Asia. Many of the coastal big cities in China are founded on the backs of migrant workers. And migration equals transition.

Living here in China, I have come to expect this migratory change. During this past trip to Shenzhen, the large Chinese city bordering Hong Kong, I went expecting my usual haircut followed by lunch at my familiar noodle shop. I made a special trip on the subway to visit both of these establishments only to find them replaced with a lottery ticket shop and a fast-food chain stall. Transience and impermanence, transience and impermanence, I repeated to myself. This mantra helped to sooth my disappointment until I realized that I too was part of that migration for I too have moved on from Shenzhen. So what right did I have to expect the barbershop and noodle shop remain in place for me? Yet, that was exactly what I wanted. I wanted to familiar and predictable. What I found instead was lottery tickets and fast food.

This sense of impermanence followed me as I continued my visit to Malaysia. I found out from Evone, a good friend and fellow existentialist that Coffee Famille, a coffee shop dear to my heart was to closing. Ving, the courageous owner of Coffee Famille in Kuala Lumpur was an inspiration to a number of us existential coffee drinkers. No more closures, I screamed in my heart. Enough transience for one trip! I asked Evone, who wrote her masters thesis at Coffee Famille, what happened? She encouraged me to visit Ving and ask for myself. So, that is exactly what I did.

Without thinking too much, I prepared for pessimism and disappointment. After all, it is not easy to survive standing out in a crowd. What I found was instead additional inspiration, and thankfully, the continuation of a story instead of an end. Ving offered Evone and I a warm greeting and immediately offered us two cups of coffee made expertly without delay. Evone had her usual Sweet Dream and Ving suggested that I try Homey Latte. After we sat down with our coffees, Ving revealed that she was closing her café because she wanted to become a more dedicated barista! Huh? And here I thought this was the end of my barista heroine. She said that in order to become a better barista, she wanted to become a roaster and source her own beans. Ving told us that it was no longer enough to purchase beans from others and roast her small quantities for her own shop. In order to become a good roaster, she needed to go to the plantations, talk to the farmers, and understand the beans at their source. She could not see herself operating a café and sourcing her own beans at the same time. Ving wanted to dedicate herself to roasting. She understood that in order to do this, she needed to let go of the café and make a commitment to roasting. Her dedication and clarity of purpose not only remained unchanged it deepened, evidence of further growth along her journey.

I tested Ving’s resolve. I asked her why she had to sell her café? After all, what about all the work she invested into building up her clientele? Clientele who grew along with her to appreciate not only a good cup of coffee but the inner focus cultivated in the process of brewing. Ving inspired a few of her customers to buy their own equipment and roast their own coffee at home. Thus, Ving shared that this was indeed her biggest loss for there were the few dear customers who grew, along with Ving, to develop the knowledge and palates to appreciate the subtle improvements that were evidence of Ving’s improvement as a barista. Ving shared how she was able to taste the subtle difference in her own improvement over the past seven years, which told her paradoxically that she has much more room to grow. “I thought I knew coffee then. Now I know how much I need to grow.” And in order to achieve such growth, she needed to let the dream of her café and her regular customers go so that she can continue along that journey of growth.

So once again back in Malaysia, I found encountered, impermanence, transience, and letting go (https://test.saybrook.edu/newexistentialists/posts/07-14-14). But Ving reminded me that letting go does not equal failure. It the unavoidable part of growth. She reminded me again of the Parable of the Raft, where we must let go of the hard-earned investments of the past in order to move on towards the possibilities of the future.

The Parable of the Raft

A man going on a journey sees ahead of him a vast stretch of water. There is no boat within sight, and no bridge. To escape from the dangers of this side of the bank, he builds a raft for himself out of grass, sticks, and branches. When he crosses over, he realizes how useful the raft has been to him and wonders if he should not lift it on his shoulders and take it away with him. If he did this, would he be doing what he should do?”

Or, when he has crossed over to safety, should he keep it back for someone else to use, and leave it, therefore on dry and high ground? This is the way I have taught Dhamma (teachings) for crossing, not for keeping. Cast aside even right states of mind, monks, let alone wrong ones, and remember to leave the raft behind.” — The Dhammapada, trans by P. Lal

EDITOR’S NOTE: Watch for PART TWO coming NEXT WEDNESDAY in the NEW EXISTENTIALISTS!!