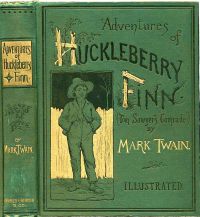 While the news of late may have focused on guns, we are going to spend some time in this roundup on triggers—trigger warnings, that is. For those of you new to the trigger warning debate, the background is as follows: students at a few universities around the country—notably, University of California, Santa Barbara, Oberlin College, Rutgers, and University of Michigan—have called for “trigger warnings” to be placed on what might be considered sensitive material they might see in a classroom. For example, students wish to be forewarned of scenes of racism in The Adventures of Huckleberry Finn or of misogyny in The Great Gatsby or of extreme violence in The Iliad, in order to prevent students from at the very least grave upset or at worst, symptoms of Post-Traumatic Stress Disorder stemming from their own encounters with trauma earlier in their lives.

The New York Times explains that trigger warnings have their basis is feminist thought but have transcended ideologies and made their way to campuses across the country, despite the furor from academics, who claim the warnings put handcuffs on academic freedom. Slate called 2013 “The Year of the Trigger Warning,” where feminist bloggers put short alerts at the top of their posts to let readers know that they were writing on sensitive subjects—eating disorders, rape, post-traumatic stress—so that the reader could choose whether to continue reading, at his or her own risk.

However, as Slate said, the movement for trigger warnings started growing, where people were calling for trigger warnings even on the humor on the satirical site The Onion, not to mention in the academy. Trigger warnings, according to Slate, are have even become fodder for jokes, much to the dismay of many who want them to be taken seriously.

In the academy, though, people are taken trigger warnings seriously, and not only because they have become ubiquitous. The movement, as well as the debate, is growing. For the academics, The New York Times said:

The debate has left many academics fuming, saying that professors should be trusted to use common sense and that being provocative is part of their mandate. Trigger warnings, they say, suggest a certain fragility of mind that higher learning is meant to challenge, not embrace. (¶ 4)

In the meantime, The New York Times quoted a UC Santa Barbara student who explained that the idea came after a professor showed a graphic film about rape. She explained that although she, as a victim of sexual abuse, did not feel personally threatened, she felt that many others might be:

People suddenly feel a very real threat to their safety—even if it is perceived. They are stuck in a classroom where they can’t get out, or if they do try to leave, it is suddenly going to be very public. (¶ 8)

In The Weeklings, Sayantani Dasgupta explained why she, a doctor and professor in Columbia University’s Master’s in Narrative Medicine program, gives trigger warnings. She wrote:

Trigger warnings in classrooms are about acknowledging that each student has her or his own specific life history, family context, identity, body—and that these realities have an impact on how a student understands and interacts with texts. (If I were being fancy, I might call this a type of reader-response theory.) To me, trigger warnings are also about recognizing structural power; that the personal overlaps with the academic; that reading, writing, and learning are political acts. (¶ 5)

This is a very different way of looking at trigger warnings—a much more thoughtful way and a much more existential way. Dasgupta’s version is much more in keeping with recognizing each person’s individuality and treating students with respect. However, the question remains where to draw the line between being respectful of students’ individual experiences and also educating them, which often means challenging them and sometimes gently pushing them out of their comfort zones.

Another question to be considered is how will trigger warnings affect professors. In the article in The New York Times, one faculty member at Oberlin suggested that professors without tenure have more to fear from trigger warnings than anyone—simply because any student who felt “triggered” by something in the syllabus could file a complaint against the instructor. Who is going to win that battle?

But if this all sounds like bad news, the Pacific Standard has a little ray of sunshine. In an article entitled, “Hazards Ahead: The Problems With Trigger Warnings, According to the Research,” the Pacific Standard presents five different studies countering the arguments for trigger warnings. The studies include one that shows that most trauma survivors do not develop full PTSD, although they also present one that shows PTSD is more common with rape survivors. Additionally, they show that rape survivors recover from PTSD symptoms within three months, although—trigger warning here—this study is from 1992, so I would really wonder about that statistic. The fourth study they present is the idea that confronting triggers is more therapeutic than avoiding them, according to PTSD research, while the fifth discusses the importance of not making the idea of “trauma survivor” central to one’s personal identity.

While these studies in themselves may not be hard evidence to say no to trigger warnings, and I would certainly not want people “confronting their triggers” as their PTSD therapy in the classroom as opposed to a safe therapeutic space, they do bring up an important distinction: the classroom is NOT a safe therapeutic space. It is a space for learning, growing, and expanding one’s boundaries. If a person does not feel safe enough to do that—because of whatever traumatic personal experiences they have had—they do need to seek out safe, therapeutic space to explore that. And if they are concerned that particular types of literature, film, philosophy, or other media might trigger them, then do they not have the responsibility to notify the instructor? Students who are disturbed because they feel they should have been warned that something was going to move them emotionally are abdicating responsibility for their own feelings. Isn’t that what existentialism is about—taking personal responsibility? Or will students argue that without trigger warnings, they cannot make informed choices—that they cannot be good consumers of education?

Guess what? Those of us who have already chosen education over the last however many centuries have been emotionally, intellectually, and spiritually challenged by what we’ve encountered. And most of us, I would argue, are the better for it. That’s pretty much what you agree to when you agree to go to college—that you will be challenged. Your trigger warning is that letter that comes saying “Congratulations! You have been accepted!” It’s the price of membership.