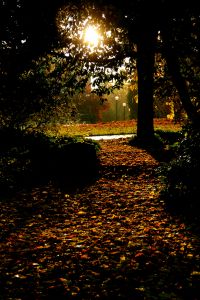 For the last seven months or so, my high school friends and I have been engaged in a project we never anticipated—every Sunday night at 10 pm Eastern Time, wherever we are and whatever we are doing, we stop, and we send good vibes or a song of the week or prayers or positive energy to our dear classmate who has been dealing with lung cancer.

At first, doctors told him the cancer was inoperable and they could only ease his pain. A second opinion got him a painful but successful operation eradicating the tumors, and sending him on the road to recovery with a prescription for prophylactic chemotherapy and radiation.

Turns out the prophylactic treatments haven’t worked and tumors have grown in his remaining lung.

And while we have redoubled our efforts every Sunday night, I have particularly noticed the language—“You can beat this.” “You will conquer this.” “You are a survivor.” I notice my own tendencies to want to use these war metaphors—“You are a fighter.” “You’ve fought bigger battles than this and won.”

Recently, The New York Times published an article entitled “Wounded by the Language of War” that has greatly increased my sensitivity to these metaphors, partially because the author, Paula Span, published another article less than two weeks later indicating that “Fighting Words Are Rare Among British Doctors.”

Span asks when the language of death began to resemble so closely the language of war. She mentions President Richard M. Nixon’s “War on Cancer,” the first of many “wars” on potentially fatal diseases our country has waged in the last 40 years. We talk about “aggressive treatments” or “heroic measures,” she says, and call people suffering from terminal disease “fighters” and “survivors.” People “battle” disease in this country, since suffering seems so passive. And Span says that when they finally die, they only “succumb” after “heroic struggles” with their diseases. No one just gives up and gives in.

But if you choose not to “fight,” does that make you a wimp or worse, a loser?

In the United Kingdom, according to Span, researchers at Lancaster University are also studying this use of metaphor in the language of death. Medical practitioners there see bellicose language as problematic and instead use metaphors such as “journey” and “process,” rather than a war with the disease. Fights and weapons against the disease morph into “steps” and “pathways.”

While to the American ear, this may almost sound a little New Age-y, British researchers have found good reasons for the shifts. Span quotes Dr. Elena Semino, head of linguistics at Lancaster, who said, “‘The fight metaphor assumes an opponent. Fighting has connotations of violence and competitiveness. The goal is to win, and if you don’t succeed, you can feel like a failure’” (¶ 6). Furthermore, “a journey doesn’t involve an enemy; it suggests sojourners passing various milestones” (¶ 6).

The British researchers have also found that some people do use the fighting metaphors in an empowering way and find the language stimulating and helpful. Span says that there are many who have children, family, and friends encouraging them to keep fighting long after they really want to fight. Perhaps they feel they have lived as long as they really want to or that they have suffered enough. Or that most of their loved ones have already passed on. Yet, they are surrounded by people—even doctors and nurses and other medical staff—asking them to try harder, to fight, to keep at it, to stay in the game. Perhaps, if you are 93, that’s not a choice you want to make. Perhaps, that is the time to say “game over.” What the British researchers say is that people need to be able to make that choice for themselves—without the stigma of the language that makes them feel like losers.

And it makes a difference if you are at the end of your life or in the prime of your life. Personally, I’m not ready to give up on my high school friend, nor are my classmates. We love him way too much, and if we show it right now through bellicose language encouraging him to fight and trying to gather together our collective strength to make sure he has the strength to continue, so be it.

But I’m grateful now to know there is a choice for those times when bellicose language around illness is not appropriate and indeed, may not be the sufferer’s preference. This is when we stay present, and we listen, and we see what the person suffering needs most rather than what we need most.