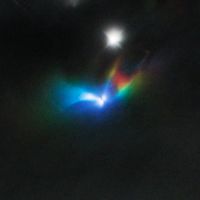 What is the relationship between the mind (subjectivity), the brain (neurochemistry), and the transcognitive (myth)? In other words, when do unconscious, autopoietic biochemical functions enter the subjective world of intentional meaning and become interpreted at the symbolic or mythic level of conscious experience?

Where autopoiesis approaches myth at the moment of conception, when the spark or light of germinal consciousness first appears, it becomes myth during the first few months of life with the development of the nervous system, when the organism in utero intersubjectively infuses what is observed with his or her own consciousness, becoming aware of perceptual differences between visceral and autonomic processes. But is there is an observable point when the brain—the objective physiological entity—morphs into the mind—the subjective embodiment of phenomenal experience?

Biologists have argued that the living cell, when conceptualized as an autopoietic or self-creating, non-linear, emergent system is the continual creation of itself (Maturana & Varela 1987/1998; Matura, Varela, & Uribe, 1974). Where human chemical and neuronal systems appear to display emergent properties through which they homeostatically regenerate, recreating themselves by their own mutual interactions, what about experience? Is a state of consciousness also an autopoietic event (Combs & Krippner, 2003)?

Attempting to map the structures of the brain, equating the subjectivity of the mind with the brain’s neural circuitry, cognitivists may believe that isomorphic causal pathways exist between physical states and experiential states embedded in neural processes. But, this perspective does not explain how a brain can have experiences.

If myth represents a fundamental response to our basic human need for meaning, at what point in our experiencing does autopoiesis become myth?

In his theory of mind-stuff, a dialectical discourse on spiritualism and positivism in The Principles of Psychology (1890), William James posited a relationship between the bare phenomenon or the immediately known thing and the phenomenon of changing brain states or the pulse of consciousness that is cognizant of its object. He argued that the entire brain-process is the state of consciousness; the soul a medium upon which these processes combine their effects. But, how or why, no mortal may ever know.

The study of consciousness within Western science remains polarized between Third-person empirical methods locating the neural correlates of experience; investigations of First-person, subjective experience and phenomena gleaned through introspection and meditation; and Second-person, intersubjective or shared experience. Neurophenomenology, an embodied approach to cognition, combines neuro-reductivism, the phenomenological primacy of direct human experience and intersubjectivity as irreducibly constitutive to consciousness (Gordon, 2013). Here we catch a glimpse of the mind-brain interface where autopoiesis becomes myth.