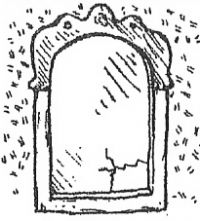 As we note that it has been almost one year since the DSM 5 has hit the bookshelves in spite of its plethora of flaws, we can also note that the whole idea of diagnosis has begun to evolve. Of course, in existential-humanistic circles, diagnosis has always been a questionable concept, but even those outside the E-H circles are beginning to shift some of the rigidity in the thinking, as evidenced by the new research cropping up about some of the most familiar diagnostic labels.

Take, for instance, schizophrenia. For many years, big pharma has dominated the treatment protocols for schizophrenia. However, slowly but surely, practitioners are beginning to recognize that schizophrenia is not simply a label—it is something with which real people must contend. This human aspect—ignored for so long in favor of attempting to medicate some neurotransmitters—has now been proven in a recent study published in The Lancet in the United Kingdom and reported by the BBC. This new study suggests that cognitive behavioral therapy—that is, a talking therapy—may be effective, particularly when patients refuse to take antipsychotic medication. The researchers found that CBT not only helped with symptom reduction but also improved personal and social functioning in the world, and without the multitude of side effects of the antipsychotics.

What is happening with research into schizophrenia is that researchers are finally paying attention to people’s stories. For instance, Linda Crane, a professor at the College of Mount Saint Joseph near Cincinnati, OH, and her colleague Tracy McDonough have created the Schizophrenia Oral History Project, which seeks to enlighten their students and countless others, including some of the patients themselves, about the actual lived experiences of people with schizophrenia. They have shown that even the act of telling their stories has been healing for schizophrenia patients and has also helped to begin to eradicate some of the stigmas others feel about them. One participant in the project said, I want people to know I’m not dangerous. They don’t know what a nice person I am.” (¶ 15) In another article in The New York Times, a writer with schizophrenia describes his own journey of trying to connect with others while trying to cope with the illness. His journey has involved a combination of medication and therapy, but he shows us that schizophrenia is not the hopeless sentence many once believed and medicated thusly.

But what if schizophrenia is your genetic inheritance? Jenni Fagan imagines what her life in utero must have been, born to a mother she would never know, who was pregnant with her in a mental institution. What were the sounds she heard around her as she grew and developed in the womb? She details how she grew up in public care, moving from house to house and how a social worker explained to her that she had a mother with schizophrenia by drawing a cat. The social worker told her that even though she saw a cat, a person with schizophrenia would see a lion. The 16-year-old Jenni thought that sounded really cool. But she was also told not to tell anyone that her mother had had schizophrenia, but rather a more socially acceptable illness such as cancer. One day, however, she knew, deep down, that she would follow in her birth mother’s footsteps.

Schizophrenia is not the only diagnosis in need of rethinking. The APA Monitor recently asked, “Is It Really ADHD?” The article discusses a new book by a psychologist and a health economist that suggests that perhaps the ridiculously high rates of ADHD diagnoses may partially be due to increasing demands for greater and higher performance in the academic and professional realms. These societal demands coming from corporate and governmental institutions, need to be factored into ADHD assessments, according to authors, especially given that many doctors tend towards pharmaceutical treatments first, even if it turns out not to be ADHD.

And what about the other so-called “disorders”? Medical News Today reports on the first formal study in Europe on the disorder known as Animal Hoarding. What is interesting here is the links created between the health of the patient as well as the health of animals, whereas the article notes that European treatment protocols in the past usually consisted of removing the animals, who were usually sick and malnourished, but then the person would simply collect more. So the animals received more humane treatment than did the humans involved.

The Guardian asks, however, if we are still using antidepressants and other medications to “paper over the cracks of a fractured society?” According to the article, about 50 million people in the United Kingdom are taking antidepressants each year. While this indicates that some of the stigma about seeking help for mental issues that has always plagued the British is beginning to dissipate, which is a good thing, it also means that many are simply going to their local doctor’s office, getting a prescription and not actually taking the time to even investigate the many therapy options available to them, even at their local doctor’s office. British health authorities are just beginning to look into the usage, and especially long-term usage of antidepressants, as well as the stories of long waits for talk therapies.

In the meantime, what are we to do? Well, the APA Psychology Benefits Society suggests, “Let’s Get Everyone Brushing…Their Minds.”  The article suggests we take a cue from preventive dentistry and use a little daily care, like mental floss, to keep our mental health sound and to help others to do the same. And always with a little humor!