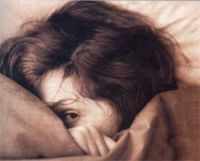 For the last couple of months, I have been assisting a family in which their teenage son ran away from home. The parents are divorced, and the son had been living with his father prior to the runaway attempt. Once the parents located the son, the mother immediately brought him to her home where the son is currently living.

What emerged from the attempted escape were accusations by the young man that his father had been physically and psychologically abusing him. In addition, the son shared that he was being bullied at school by a group of boys who were in his physical education class. The mother has filed a child abuse complaint with the Department of Social Services, as well as a criminal complaint of felony child abuse with the local police department. Both the police department and the child welfare department from Social Services have investigated the accusations and ruled there is insufficient evidence of the said abuse.

The mother has isolated the adolescent, not allowing the father or other family members to have any contact with the boy. In addition, the mother—without the father’s consent—removed the boy from the school he was attending and enrolled him at a school in a different school district. The mother claims these actions are for the boys own well-being, and has stated she will maintain her current status until the court tells her to do otherwise.

I have made several attempts to bring the parents and the boy together to discuss the situation but those efforts have been rebuffed. However, each of the parties has been willing to speak with me individually. The primary concern of all three is fear. The mother fears the father has and will continue to physically and emotionally harm the son. The son fears disappointing either parent, as well as fearing his father’s angry outbursts. When asked about the physical abuse, the boy states it has not happened, but worries it could start at any time. The father fears losing all contact with the son either because of the mother’s current stance or the court removing his parental rights.

Recently I saw the 1970’s version of the film King Kong. At one point in the film, after King Kong has been captured and is being taken to New York by ship, three of the characters discuss what will become of the island and its inhabitants without Kong’s presence. One character believes the island natives will finally enjoy peace and tranquility. But another character stated that within a year, the natives would be drunks and unmotivated. When questioned, the individual replied that they had stolen the natives fear. For the natives Kong was their God, and their fear of Kong gave purpose and meaning to the tribes existence. With Kong no longer on the island, the tribe would lose their focus and ability to function.

The reality of fear can be defined both positively and negatively. In the therapeutic setting, we generally consider fear as negative and unproductive. We often approach an individual’s fear as something to be overcome, or at least acknowledged in order to lessen the control that the fear holds over the individual. Yet, fear can be an effective boundary that protects the individual from harm and danger. In addition, fear can serve as a platform from which an individual is able function and even prosper. But how does one differentiate that fear that is positive from that fear that is negative? In the case of the teenage boy, how do the father, the mother, and the son separate the perceived fears from the real fears? Was the native’s fear of King Kong a positive or a negative fear? Or should we avoid defining fear as positive or negative, but rather simply accept it as just being present?

In the case of the family, it seems to me important to neutralize as much of the fear as possible. It appears that the mother needs to re-evaluate her son’s accusations of abuse in light of the boy’s admission that there has been no physical abuse up to this point. In addition, the boy needs to differentiate his fear of his father’s anger from the bullying his experiencing at school. As long as these two aspects remain entangled, there is little hope of overcoming his fear of being hurt. The father needs to acknowledge the power of his rage and the threat it causes for both his son and his ex-wife. Without this process of self-evaluation and changes in behaviors by each of these individuals, bringing about a meaningful and peaceful end to this situation will be difficult, if not impossible.

Fear, used appropriately, can be an excellent instructor for establishing healthy relationships and for setting applicable boundaries for decision-making and risk taking. Fear, when exercised correctly, can serve as a basis of honor and respect of that which is bigger and/or more powerful than ourselves—much like the tribe’s relationship to King Kong. To paraphrase the ancient Hebrew writer, “the fear of that which is greater than ourselves is the beginning of wisdom.”