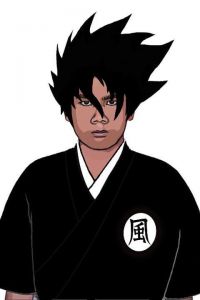 What does the clinical literature say about how to treat someone whose avatar was sexually abused online?

To my knowledge, it doesn’t really say anything—but 20 years of reportage from online cultures suggest not only that this experience happens, but that some people experience it as quite traumatizing.

Such a violation is the tip of a very deep iceberg. Last week, in a guest contribution to the New Existentialists, Josh Weddle wrote eloquently about the very real potential of new technologies to offer new approaches to clinical care in mental health. Today, I’d like to examine the shadow side of that good news: that the more we embrace the virtual, the more ways to hurt ourselves we’re going to find.

Some of the psychological dangers of virtual reality are better known than others: cyber-bullying has received a great deal of attention, both for its own sake and because it was part of a series of recent teenage suicides. Similarly, the concept of online addiction is relatively well explored, and the connection between increased time spent on social networking and deteriorating mental health is being studied.

These relationships, it should be emphasized, are complicated and not necessarily one-size-fits-all: some of the very same online behaviors will surely have different impacts on different people. But that is precisely the point of putting this in the context of Weddle’s article: the very same technology that has the power to open new therapeutic vistas—which will surely not be one-size-fits-all—is an equally dynamic force in both directions. The same technology that Dr. Dana Klisanin uses to create “cyberheroes” who can save the world can also leaves users lonely in ways therapy has never encountered before.

Perhaps the most grisly form of this is, indeed, virtual rape. More than 20 years ago, the writer Julian Dibbell reported in the Village Voice that his character in an online game—at that time only text-based—had been raped. As the technology has advanced, so has the capacity to be victimized in virtual settings. Just this month, Kim Correa wrote about her own avatar’s rape in the virtual world “DayZ.” She had heard from other players that it was just a matter of time before this happens to anyone with a female avatar—although there are now videos online of male avatars being raped as well.

Correa was rattled but not needing of therapeutic intervention. But it’s not hard to imagine a scenario in which victims could benefit from it, or even suffer from the lack of it.

William Saletan of Slate has written that many of us now privilege the virtual world over the literal one; you see this happen every time someone looks at their phone during an important meeting or a romantic dinner. It has also led people to abandon their children, or stop taking care of their health. That this privileging will have a potential psychological impact is something we’re discussing. That it will lead to a whole new kind of psychological impact is something we have not yet begun to adequately discuss.

This may be psychology’s next frontier. We should start looking closely. The world is already going there.