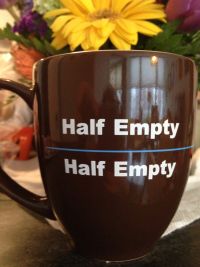 Who are you? Who am I? The question of identity and authenticity is one that has plagued all philosophers—not just the existentialists—since the beginnings of time. Some new research discusses how we construct aspects of our identities, our personalities, and our wishes to change our character entirely.

One question we always want to know—are you an introvert or extrovert? Are you social or quieter? Can you be social but need to recharge with some alone time? Psychology Today offers a handy guide—“Nine Signs You Are Really an Introvert.” In our society, introverts get a bit of a bad rap for being loners or misanthropes. Not true. As noted above, many introverts—myself included—love to spend time with people, but as the article points out, that time needs to be balanced by alone time—to recharge my battery and to rest. In addition, the article notes that introverts make great leaders when they pick the right teams—for instance, self-starters who need little motivation can work to their potential under a strong, quiet leader. Now, not all nine signs may fit all sizes, but it gives a better idea of the richness and breadth of introversion.

Or maybe you are wrestling with optimism and pessimism. Psychology Today has something for that too—“5 Pitfalls of Positive Thinking.” (Shhhh! Don’t tell the positive psychologists!) According to this article, we are already hardwired for over-optimism, so telling someone or being told to “cheer up” or “it gets better” doesn’t actually help us learn to cope with the realities of life. Any existential psychologist could tell you that! The article also discusses that optimism both feeds our cognitive bias for optimism and increases our illusion of control, which again, as existential practitioners, we know does not help us examine the entirety of the emotional tapestry nor does it help us deal with uncertainty. Three cheers for pessimism??

In this era of neuroscience, many ask, “What kind of brain do I have?” Well, that is a much larger question than this column can answer, but two recent studies describe some of the neuroscience behind creativity and what makes an artist. The BBC reports that “Artists ‘Have Structurally Different Brains,’” in that artists seem to have significantly more grey matter (more nerve cells) in their precuneus in the parietal lobe. According to the report, this region is linked to creativity, visual imagery, and the ability to manipulate visual images. In the meantime, Rex Jung, a researcher from the University of New Mexico, speaks about the neuroscience of creativity on the American Psychological Association’s podcast (and transcript), where he specifically addresses the difference between intelligence and creativity and how they are not mutually reliant. He also describes how neuroscience techniques allow us to study these questions in a very different way.

How are we in the world with other people? Do we procrastinate? Do we feel like frauds? Fast Company has answers for both. In “Self-Imposed Deadlines Don’t Stop Procrastination, Here’s What Might,” we learn that meaning is key to actually following through on activities rather than good time management. The researchers looked at why people procrastinated with both firm and soft deadlines, and found that although people believed that if they did the task later when their emotional state was different, what actually happened was later came, the emotional state was still the same but they had less time. What made the difference in getting the tasks done was whether the participants could create meaning or enjoyment in what they were doing.

In “How to Stop Feeling Like a Fraud,” we learn that we often neglect to list our own accomplishments, while overemphasizing the failures. The article discusses such ideas as learning to create a more accurate picture of oneself but literally sitting down and listing accomplishments—even making that a daily practice—as well as surrounding oneself with people who believe in them and support them. That way, when those fraudulent feelings naturally crop up, the support system is there to remind them of the truth, the bigger, more complete picture.

However, sometimes we might really feel at a loss for who we are…or we are bored and procrastinating. What better way to kill five precious minutes of time than to take a quiz to find out What 19th Century Literary Hero or Heroine Are You? or Which Beatle Are You? or Which Philosopher Are You? As reliable and valid as any test using questions based on choosing your favorite Beverly Hills Housewife can be, these tests are all over the Internet. The New Yorker’s article “I Want You to Know That I Am Tyrion Lannister” describes the phenomenon in detail, linking it back in the history of psychology to Bertram Forer’s 1948 personality assessments. Flash forward to 2014, and we see a long history of unreliable, invalid personality quizzes that are loads of fun to take, from teen and women’s magazines and now to the cybersphere. And of course, the constant going back and altering of answers to get the identity we truly want (2014 plastic surgery?)—if I change liking coffee to tea and the Beatles to the Stones, will I be turn out to be Nietzsche instead of Kant?

Now, I’m ready for some personality adjustments. Time to hop on over to take a quiz at Buzzfeed. Maybe “Which Dolly Parton Song Are You?” Just another way to explore my authenticity. Or not.