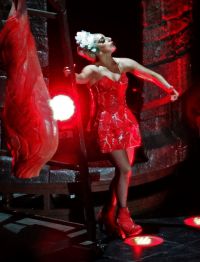 This week’s roundup starts with a few surprises—a few little ditties to see how awake we all are. The first surprise comes from a blog in England explaining to us “Why the US Abhors Existentialism.” If you are anything like me, the title might put you off at first since if you are reading this column you must have some interest in existentialism. And if you ignore the reductionist tone of being lumped together in the category of “Americans,” which we all know is NOT homogenous, the author does have some interesting points about why existentialism is not as popular on this side of the Atlantic. But don’t let me stop you from correcting some of his misapprehensions. Go for it!.

What also might surprise you, especially if you are not so attuned to pets, is The Atlantic’s report “Dogs Get Anxiety Too.” Honestly, I had always believed that if I ever got a pet, it would reduce my anxiety. But The Atlantic is reporting that my dog, should I get one, could wind up on Prozac. According to the article, dogs and humans have similar minds and similar responses to crises. About 5 percent of military dogs returning from war zones have shown symptoms of PTSD. Many of these dogs now are being treated by veterinary behaviorists, who have been using the plethora of psychiatric drugs formulated for humans, but which appear to have analogous effects in dogs. Does that mean we have to start consider a dog placebo effect?

Perhaps less surprising, but not always our first thought, is that we may find some of the answers we seek in fiction. In The New York Times, Jane Gross writes about a new book on caregiving that is actually a collection of poems and stories about the process rather than a clinical study. The book, Living in the Land of Limbo, includes contributions from Alice Munro, Robert Pinsky, Raymond Carver, Rick Moody, and others on the various experiences of caring for the sick and the elderly. The article, entitled “Sharp Truths Only Fiction Can Tell,” wears its headline well. The power of these fictional experiences, Gross says, really helped her to understand and empathize with “what ‘the other’ felt.” While the expression that the truth is stranger than fiction is often true, sometimes, fiction provides a forum to convey some deeper truths that nonfiction may not be able or willing to convey.

In other book news, The New York Times has provided its first entry in growing field of interpretations on the hot topic of Heidegger’s notebooks. This article is notable for its inclusion of several Heidegger scholars and its reasonably even-handed discussion of whether the publishing of the notebooks confirms Heidegger as a Nazi or an anti-Semite, which for many, erases the value of his philosophy, or just a Nazi apologist. If existential psychology teaches us anything, it should teach us that the answer has to be more complex—and thus a human being is more complex—than any kind of simple binary reduction.

And if any of this has caused you any stress, the Times of India invites you to come to the Emotional Fitness Gym. Through a program of breathing and guided visualization, trainers at this gym help you learn how to build up your immunity against stress and cope with daily stressors more efficiently. Becoming more aware of triggers and reactions is part of the program so that rather than let emotions run on automatic, we can begin to make better choices. If only this gym also had a pool and spa!

The last surprise may also not be so surprising. The Atlantic explains “Why Music Sounds Better When You Know the Artist Is Eccentric.” The article reports about a new study showing that our brains appreciate the link between eccentricity and creativity—provided we don’t see the eccentricity as a gimmick. Other stereotypes were included as well—participants reported enjoying rap music more when they thought the artist was black. The researchers studied this phenomenon by showing participants Van Gogh’s “Sunflowers” and told half the group that he had severed his ear lobe. Those who learned that detail liked the painting more. In another experiment, researchers showed participants three works of art and told one group that the artist was personally eccentric in various ways. Members of that group liked the art better and were willing to pay more than four times as much for the paintings.