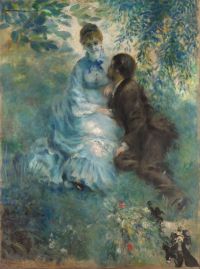 “Sex in humanistic psychology and psychotherapy: A community roundtable and discussion” evoked a sense of mystery within myself as I explored the thought of sexual attraction towards clients within the scope of humanistic psychology. Each member of the panel, chaired by Shawn Rubin, and consisting of Louis Hoffman, Heatherlynn Hoffman, Kristopher Lichtanski, and Veronica Valdivia, enthralled me as they approached the topic from various vantage points from heterosexual attractedness, homosexual attractedness, to LGBT/queer-identified attractedness within the therapeutic relationship. I remember leaving the 2014 Society for Humanistic Psychology Conference in Palo Alto, CA, where the panel was presented, revisiting in my mind the role (and a goal) within humanistic psychology to love humanity and to accept humanity along with the nuances associated with “love,” and the reading of Erich Fromm’s book The Art of Loving. I remember having to read this book in a “Theories of Personality” class taught by Louis Hoffman in 2007.

If ever was a book in Psychology that actually made me felt “normal” while reading it, it was The Art of Loving. Erich Fromm’s passion for love, of not only women, but also of life emanated throughout practically every passage, reminding me, I say with all humility, of myself. “Love” as action and not simply an emotion seemed the basis of his book.

Early on, Fromm seemed to view “falling in love” as an accident of some sort and that the ultimate goal ought be “standing in love”, giving love a sense permanence as opposed to a temporary “feel good” or antidote for the symptoms of separateness (p.4).

Nonetheless, I must admit, I was thoroughly disappointed by Fromm’s revelation of the “male-female” polarity exclusively in reference to love and flabbergasted by his belief that “the homosexual deviation is a failure to attain this polarized union, and thus the homosexual suffers from the pain of never-resolved separateness; a failure, however, which he shares with the average heterosexual who cannot love.” Paradoxically, this was so discriminatory and unloving a depiction that I was temporarily shocked. Fromm consistently criticized Freud’s theory and his failure to understand sex deeply enough, but I must question Fromm’s understanding of sex and love in reference to homosexuality. Was Fromm alluding to the idea that the homosexual is incapable of love? And, if in the polarity of the two fundamental functions, that of receiving and that of penetrating is an indicator supporting his bias, Fromm needs a crash course in “Human Sexuality.” Incidentally, in his book, the term “penetration” is used so frequently, I even found myself blushing.

Nevertheless, I find it interesting and refreshing even Fromm’s stance and incorporation of the “Love of God” into his theory of love. And though sex can be, but not always is a physical expression of love, it mustn’t be cheapened to the point of equating the two.

Despite Fromm’s personal biases—including homosexuality, belief in God, anti-dogmatism, all of which I must respect if not totally accept—I “loved” reading his book The Art of Loving. Nevertheless, I loved more “Sex in humanistic psychology and psychotherapy: A community roundtable and discussion,” which “normalized” sexual attractedness within the context of the therapeutic relationship. It is sometimes difficult to work with someone every week for a period of time without developing a relationship apart from the emotional element of love and the physiological manifestations that accompany such. Albeit, there is no justification to act on these feelings. However, the recognition that these feelings are part of the human condition can actually aid in the therapeutic process and also in day-to-day interactions, particularly when there are deep feelings or a sense of connectedness between you and another.

Thank you Shawn Rubin for chairing, and panelists for sharing, in such a stupendous panel.