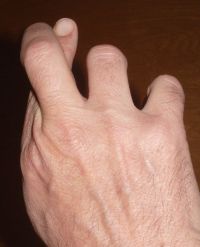 A few weeks ago, during one of the many snowstorms New York City has been hit with in this crazy winter, I turned into a school-age child, hoping against hope, that the snow would continue to fall hard enough overnight that school would be cancelled the next day. My teaching commitment for that day requires two buses and a train into areas I was sure were not going to be plowed yet, and the thought of two hours of commuting to and from that mess just drove me further and further under my blankets.

And my best friend responded with advice: hang socks on your window and flush ice cubes down the toilet.

Apparently, this is what her family, children, and their friends have been doing for years to get snow days in New Jersey. And in a crazy, superstitious fit, I figured I had to do. So there went the socks on the window. Down went the ice cubes in the toilet. Away went any semblance of pride. And I went to sleep, feeling like I had done everything I could to get a snow day.

Turns out, however, that I am not alone in doing crazy things to wish for certain outcomes. Pegged to the Super Bowl came an article entitled The Neuroscience of Superstition and honestly, I felt like it could not have appeared at a better time. As a sports fan, and in full disclosure a now very sad lifelong Denver Broncos fan, crazy superstitions rule the day. During Sunday’s debacle, I debated about turning my Broncos T-shirt inside out or wearing it backwards—perhaps all of these might have helped the Broncos score points. And on some level, I did truly believe it, although I was not in a position to make those changes and now feel somewhat responsible.

Eric Jaffe, who wrote this article on superstition, explained, “Sports fans may showcase their superstitions more openly than most people, but we all harbor them. In fact, cognitive scientists have started to see superstitious, supernatural, paranormal, and even some religious beliefs as a default state of mind.”

But then this statement really got me. Jaffe wrote, “One recent study found that physicists, of all people, will endorse unscientific ideas that might make an astrologer smile when rushed to judge a statement’s veracity in mere seconds. Our brains evidently infer greater meaning from random events in an instinctual way.”

Superstitions as an instinctual way of making meaning—this idea is extremely intriguing. Jaffe describes several studies in which groups of “believers” and “skeptics,” their positions verified through questionnaires, viewed life scenarios followed by pictures, monitored by brain scans. The researchers instructed the participants to imagine they were walking down the street, imagining the scenarios, when all of a sudden they came upon the picture, which might have appeared as a billboard or poster. Participants reported whether they interpreted the picture as a sign of how things in their scenario might turn out.

Jaffe said it was no surprise that the believers took the pictures to be signs twice as often as the skeptics. What was a surprise, however, was that the brain activity showed far more activity in the right interior frontal gyrus of the skeptics, an area linked in previous studies to cognitive inhibition. The researchers concluded from this that the skeptics had to actively inhibit the natural intuitive default responses—i.e., those of the believers—to deem them irrelevant.

Jaffe then posed the question that should be the fodder for future research—situations in which we switch back and forth between being believer and skeptic. What would lead an otherwise completely rational, skeptical person to cross his or her fingers or knock on wood when hoping for good luck? What would lead that same skeptic to turn his or her baseball cap inside out during the bottom of the ninth inning hoping for the team’s comeback? What makes someone who knows that socks on the window have absolutely nothing to do with snow days actually go to the trouble of hanging socks on the window in the desperate hope of not having to have a long commute?

Perhaps it is about having a little control over an uncontrollable, uncertain universe. If we feel that we can do one thing—crossing our fingers—that can bring a person we care about extra luck, then doesn’t it behoove us to do that thing? Even if there is no so-called “rational” reason for it? Just because we cannot see the effect of our actions, does that mean there is no affect?

As Jaffe noted, physicists might be the first to disagree—many things happen in the universe that we cannot directly and immediately apprehend but we know they are real. Clergy might disagree as well. How often do we hear about the power of prayer? But then again, skeptics might say the power of prayer is a placebo effect. And some of those skeptics might say that as they brazen walk under ladders in their houses with open umbrellas… while others are wearing rally caps in the bottom of the ninth, knocking on wood.