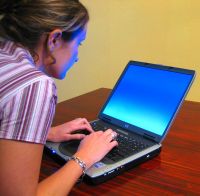 It doesn’t have an Upworthy headline, but a lot of attention is being paid to Amanda Hess’ article for the Pacific Standard explaining “Why Women Aren’t Welcome on the Internet.”

Her argument is that a culture of misogyny that has built up in online forums like Twitter, where unrestricted speech and privacy are both seen as values of the highest order. The result is a kind of institutionalized harassment that renders women second class netizens subject to a constant barrage of harassment and threats.

“Threats of rape, death, and stalking can overpower our emotional bandwidth, take up our time, and cost us money through legal fees, online protection services, and missed wages,” Hess writes:

“I’ve spent countless hours over the past four years logging the online activity of one particularly committed cyberstalker, just in case. And as the Internet becomes increasingly central to the human experience, the ability of women to live and work freely online will be shaped, and too often limited, by the technology companies that host these threats, the constellation of local and federal law enforcement officers who investigate them, and the popular commentators who dismiss them—all arenas that remain dominated by men, many of whom have little personal understanding of what women face online every day.”

At The Atlantic, Conor Friedersdorf writes that he’s seen this in action—and that the level of threats professional women deal with online is out of proportion to anything their male counterparts see.

“Lots of women thrived as bloggers despite this extra obstacle, but I am fairly certain that it caused many others to self-select out of journalism or certain sorts of journalism,” he wrote. “I’ve thought a lot less about its impact on female participation in public discourse outside my field, but Hess is persuasive in arguing that the online threats of violence are pervasive and have broad implications in a digital society.”

I’ve seen this same phenomenon in journalism, but my first exposure to it was in stand-up comedy. The ferocity, ubiquity, and viciousness of the misogyny I saw at amateur open mic nights was astonishing. Anyone who came to berate women in the crudest possible terms could find a supportive audience of bitter male peers. If I hadn’t seen it, I never would have believed it.

For all the progress we have made in women’s rights—the right to autonomy, to property, to equal representation under the law and access to opportunity, to education, and to sexual pleasure—Western culture has held tight to a level of misogyny that breaks the faith with our higher aspirations. Much in the way slavery in the years after the constitution showed the limits of America’s belief in equality before God, the misogyny of the internet—whether a reaction against modernity or a hold-out from earlier times—shows the limits of our rational, enlightened society.

While a connoisseur has doubtless cataloged many kinds of misogyny, from many proximate causes, I’ve come to think of misogyny as being largely an existential issue. Watching terrible amateur stand-up comics use humor as an excuse for sociopathic ranting, it seemed clear that the problem stemmed from thwarted desire of the most visceral kind: these were men whose basic psychosexual needs were unfulfilled, and who wanted (who doesn’t?) to have them fulfilled. Their desires became represented by women—not as individuals but as a class—and because they felt they were powerless to do anything psychosexually productive, they seized some level of power and control by lashing out at the “objects” who represented their desire.

It’s easy to sympathize in the abstract: we have all surely felt drawn to something, or someone, we couldn’t have. This is part of life’s tragic nature—and also part of what contemporary Western culture, with its self-help ethos and Utopian belief that all problems have solutions and can be reasoned through, is poorly equipped to handle. We are all, but men particularly (and white men especially), taught that there is nothing we don’t deserve or shouldn’t have if we are good enough consumers. We OUGHT to get what we want, and if we don’t we must be losers.

Under those conditions, it’s only natural that a corrosive vein of misogyny runs through our lives. The more we encourage the belief happiness and companionship are two more products we’re entitled to have, rather than inner states that must be cultivated against the existential realities of life, the more we invite the kind of existential temper tantrum that misogyny represents.

The only solution, frankly, is an existential one too. We have to acknowledge that we can’t have everything we want in life, that this sometimes makes us feel sad and powerless, and then—being men of character—get on with life. Find ways to flourish within these conditions, much as we have to do with the reality of death, the ultimate unknowability of the universe, and the other basic existential conditions of life.

One would think that such a solution—character-based, that can even be viewed as a traditionally masculine virtue (stoicism), would be embraced by the conservative thinkers who claim that basic values are going out of style.

One would think. Yet, the depth of our hypocrisy is such that it is often those same conservative thinkers who display the grossest misogyny—or fail to condemn it when it crosses their path. Witness the 2013 meltdown of Republican candidates for saying outrageous things about rape and abortion, and the way the Republican Party has put many of its 2014 congressional candidates through training programs to teach them how to talk to women.

“Character” is a real and virtuous thing, but as a political concept, it is often applied only to circumstances that reinforce privilege. The idea that character could cause one to give privilege up is largely unacknowledged in the modern world. Yet, it is the essence of the concept.

We have to fight misogyny in the world we have, so we will. But I fear that until our culture becomes more accepting of life’s tragic nature—of the fact that life calls for renunciation as much as affirmation of self—that we are fighting a battle against the very world we’re building. It’s not an accident that the technological frontier is “no place for women”: it’s baked into the building blocks we use to make it.