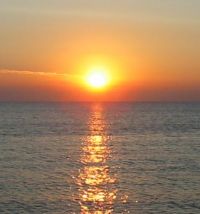 Through the work of existential-humanistic and transpersonal psychologists Carl Rogers, Abraham Maslow, and Rollo May in the 1950s, 60s, and 70s, the psychotherapeutic hour became a living laboratory in which the individual’s discovery of the growth-oriented, self-actualizing dimension of his or her personality was educed. Rogers, Maslow, and May gallantly challenged the reductionistic, university-based, experimental research methods and the cognitive-behavioral models of trait in redefining the person, and ushering in a new era of a person-centered science.

In “Toward a Theory of Creativity,” in On Becoming a Person (1961), Rogers wrote about the person, who is open to experience. “Instead of perceiving in predetermined categories… the individual is aware of this existential moment as it is, thus being alive to many experiences that fall outside the usual categories” (p. 353). Rogers’ fully functioning person had five qualities: (1) Openness to experience; perception of one’s feelings and experience of the world, (2) Existential living; living in the present; (3) Organismic trusting; trusting one’s thoughts and feelings, (4) Experiential freedom; acknowledging freedom while taking responsibility for one’s actions, and (5) Creativity; participating in the world and one’s generative contribution to the lives of others.

In Motivation and Personality (1970), Maslow used the term self-actualization, first employed by Kurt Lewin, to refer to the individual’s desire for self-fulfillment, namely the tendency to become actualized in what he or she was potentially. However, Maslow’s primary contribution was to developmental psychology. His hierarchy of human needs was presented as a pyramid with physiological needs, which were necessary for survival at its base, and self-actualization at the apex, as the highest of those needs. Once survival needs were met, the individual could concentrate on the second layer—the needs for safety and security. The third layer is the need for love and belonging and the fourth the need for esteem. The fifth layer is self-actualization and the sixth layer the need for self-transcendence.

In The Farther Reaches of Human Nature (1971), Maslow described various meanings of the word “transcendence” with regard to the ego, among them, the “Taoistic feeling of letting things happen, rather than of making them happen; of being happy and accepting of the state of nonstriving, nonwishing, noninterference, noncontrolling, and nonwillling; the state of having rather than not having” (p. 277). Earlier, in The Psychology of Science (1966), Maslow applied these same concepts in identifying a subjective, Taoistic, receptive, non-interfering mode of conducting science that emphasized the phenomenological, holistic, empirical (non-a priori) nature of investigation.

In Existence: A New Dimension in Psychiatry and Psychology (1958), Rollo May, Ernest Angel, and Henri Ellenberger defined three modes of the world distinguished by existential analysts: (1) Umwelt, “world around” (the biological world or environment), (2) Mitwelt, “with world” (the world of beings of one’s own kind, or one’s fellow humans), and (3) Eigenwelt, “own world” (the mode of relationship to oneself. To existential psychology, personality can be seen as a trajectory toward its future. Placing time in the center of the psychological picture of Eigenwelt, the most profound human experiences occur more in the dimension of time than in space. As existence emerges, it is always in the process of becoming, always developing in time. In Rollo May’s The Courage to Create (1975) and “Creativity and the Unconscious,” in Review of Existential Psychology and Psychiatry (1999), he notes that Westerners are afraid of the unconscious and of irrational experience. Out of fear, they put tools and techniques between themselves and the world of the unconscious. However; he notes, “It was this very creativity of spirit that gave birth to the values that directed their technical power” (p. 33).

What can the science of psychology, which still strives to categorize the person, reducing him or her to an object in nature to be studied, learn from these theorists? While Rogers’ clinical theory of personality centered on the actualizing tendency or the motivation potential present in every life form to develop to its fullest, Maslow professed that human beings had a growth-oriented, biologically-based, instinctive nature that was fulfilled in spiritual self-actualization and transcendence as the highest and most inclusive or holistic level of human consciousness, behaving and relating. He identified a subjective, Taoistic, receptive, non-interfering mode of conducting science that emphasized the phenomenological, holistic, empirical (non-a priori) nature of investigation. Likewise, for May, the creativity of science was bound up with the capacity of the human being to create freely in the realm of spirit. May’s writings explore how anxiety arises from not being able to know the world that one is in, while insight, often born with anxiety, possesses the joy and gratification that comes from experiencing a new aspect of the world through the breakthrough of this insight. It is here that a person-centered science begins.