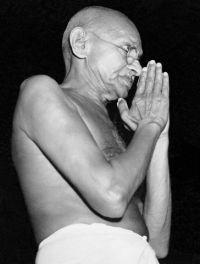 I see messages like this everywhere. Some very wise people have said it in one way or another. Leo Tolstoy, for example, said, “Everyone thinks of changing the world, but no-one thinks of changing himself.” Marianne Williamson said, “Something amazing happens when we surrender and just love. We melt into another world, a realm of power already within us. The world changes when we change. The world softens when we soften. The world loves us when we choose to love the world.” Various iterations of this thought are everywhere.

At some level, this is a deeply positive message. There is plenty in the world we cannot control or even influence. We must all sicken and die, for example. Might as well get comfortable with the idea, learn to find some meaning or motivation in it. If we can’t do that, we can get angry about it, use it to fuel an exciting life—risky, but maybe a fulfilling way to use up our doomed little time here on this doomed little planet.

At another level, though, this smacks of adjustment. Income inequality in the United States has almost never been worse than right now. This is a reality of our lives that none of us individually probably can change or influence very much. Does that mean we should get used to it, learn to live on stagnant or declining wages, learn not to want much? While it is true that money buys little happiness, wealth is linked to greater mental health, and poverty is linked to crime (both commission and victimhood), disease, mental illness, drug use and addiction, and environmental degradation (all the NIMBY stuff goes to neighborhoods where people cannot afford to fight it).

Moreover, poverty is the leading predictor of poverty. That is, if you are poor in the present, you are likely to be poor in the future.

Should we simply change ourselves—our expectations and demands for life—and accept life as it is? Perhaps there is something to be said for an approach like this. Poor people can be happy, too. Learning to give up our expectations of a perfect life can lead to a profound inner joy that cannot be defeated by the latest iPhone release. Meanwhile, we get more and more injustice to which we must adjust.

Should people of color adjust to ongoing racial injustice? Should Whites adjust to this, accept it as status quo? Accept the persecution of people of varying sexual orientations? Accept imminent war with Syria (or whomever we are about to be at war with in the future when you might read this article)?

It is too easy sometimes to just accept that the world is broken and change our expectations. We can become non-attached or, more likely, cynical. We are each too small to fix Congress, get back sensible voting districts, close the revolving door from Congress to high-paying lobby gigs. So why not just accept it as part of life, accept our own growing poverty, accept global warming, and get on with living a happy and fulfilling life within these ever-tightening limitations?

Martin Luther King Jr. was known to quote Gandhi, suggesting we “be the change you want to see in the world.” This is a more active form of changing your self that does not imply any acceptance of the way things are. Rather, it suggests a modeling of the way you think things should be. If you think the minimum wage is too low, pay more if you are in the position to do so. If you think society is becoming crass and rude, then be polite. If you abhor violence, be gentle. Model your gentleness in the midst of your violent neighborhood, even if this places you at risk. Our civil rights movement of the 1960’s was full of examples. Marchers and protesters took the abuse of those opposed to social change, be they fellow citizens or officers of the law, and never returned violence for violence. A resistance movement of non-resistance. This is no passive way to face the world, but a philosophy that engages in upheaval, overthrow, through peaceful means and self-change.

The world has gone sour in so many ways because too few are willing to resist bad changes. We squabble over things that don’t really matter—like sagging pants and twerking—and ignore the big stuff. When people do take the trouble to demonstrate, we ignore or mock them (Occupy, e.g.). Maybe we really should change ourselves: to be less easily mollified by the TV and the internet, to be less willing to work for less with no benefits. While we are changing ourselves, it might be helpful to have in mind the person we want to be. May I suggest some people worthy of emulation?

You’ve heard of Rosa Parks and Martin Luther King. You might have heard of Thurgood Marshall and Malcolm X. Did you know Jibreel Khazan, Franklin McCain, Joseph McNeil and David Richmond? What about William Smith or Clarence Henderson? How about Thich Quang Duc? Nobody knows the name of the young man who stood in front of the tanks in Tiananmen Square, but the name Wang Weilin has been floated. Elizabeth Stanton? Susan B. Anthony?

What you can do:
Protest. Carry a sign. Vote. Get arrested. Turn off cable news. Meditate. Don’t adjust. Get angry. Something.