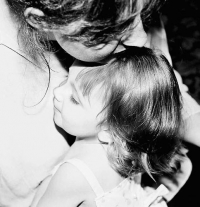 Unconditional love. Is it possible for humans—or even desirable?

We sometimes talk about the idea of unconditional romantic love. This seems the least likely of all loves. Romantic love necessarily discriminates. You love him because of who he is. If he were transformed into a whole other person, you’d not love him any more—at least, not the same way. Love without conditions cannot include discrimination, and we can’t romantically love every human we meet. Indeed, we shouldn’t. We shouldn’t experience romantic love for children or our siblings, for example.

Let’s for a minute allow for unconditional romantic love for just one person. Even if it were possible, could we stand it?

Two seemingly disparate authors have tackled this problem: Fyodor Dostoevsky and Stephen R. Donaldson. In The Brothers Karamazov, Dostoevsky wonders what effects unconditional love might have on a man. Dmitri Karamazov falls in and out of love with Katarina Verkhovtseva. He tricks her into thinking he is a good man, knowing he really is not, and she later falls in love with him. She determines that she will love him without condition, returning each of his slights with generosity and dignity. She endures his girlfriend, gives him money to elope with her, and at the end of the story participates in a plan to help him escape the country when he is found guilty of murder.

This is a sweeping story of ethics, morals, politics and social change in which this love story is really quite a minor plot. And yet, central to Dmitri’s character is how he reacts to the unconditional love he receives from Katarina. It tortures him.

Dmitri knows he is not worthy of such devotion and seeks at every turn to undermine it. It drives him ever closer to Agrafena Svetlova, who initially does not love him at all but only enjoys tormenting him. Caught between these two tortures—unrequited love on the one hand and unrequitable love on the other—Dmitri Karamazov is slowly torn apart.

How could we return such a pure love that returns tenderness for spite, sacrifice for hard usage? We maybe imagine two people could love each other this way, and perhaps it is true—but such love must be rare if it exists at all. Take even a casual glance at divorce rates in our country to know it is true.

In Stephen R. Donaldson’s Chronicles of Thomas Covenant the Unbeliever, the title character is well beyond Dmitri Karamazov in darkness. Where Karamazov is merely chaotic and sensual, Covenant is a masterwork in despair. Diagnosed with leprosy, he lives a life of strict disciplines and unbeliefs intended to arrest the course of his disease, and prevent madness and suicide. In a moment of extremity, he is carried off to a parallel world called the Land. Under the pressure of the impossibility of the place and a resurgence of impossible health, there he rapes a girl, and spends the next three books in conflict with himself over the terrible actions of his first days in the Land.

Time flows differently on Earth and in the Land. He bounces back and forth between here and there, and the characters he knows there grow old while he ages but little. In the third book of the installment, he once again meets the girl he raped in the first book, but now she is his mother’s age. And she has lived every day from then until now trying to keep herself unchanged for him, thinking he would return to her and marry her.

Covenant cannot bear this love she has for him, and never could. In fact, Donaldson presents her love as a kind of madness. She lives for Covenant, all but missing her life in the village where she lives, aging day after day and not seeing it. At the end, even she is unable to bear this love. They both know he does not deserve it.

How would you yourself react to somebody who loved you romantically no matter what you did or said, even if you wanted them to stop, even if the love was unrequited?

It is probably beyond us to give or endure this kind of love.

Outside the sphere of romance, though, we might perhaps still aspire to unconditional love. For one’s children and parents this seems especially likely. You love your parents even though they have the moral standards of last generation, sometimes being racist or sexist. In fact, you are disappointed in them because you love them and you can’t stop. You love your children the same way, unable to stop even if they kill, get drug habits, abandon your faith. The rifts that sometimes grow between us are sometimes the rifts of love that make casual acceptance impossible, that make forgiveness impossible.

Donaldson takes this on too, with a group of men called the Bloodguard or haruchai. They took a Vow of service to the Land long ago, and because of the strength of this Vow, do not age or sleep or love as other people. They serve the Vow and that is all. They suffice. And late in the story, they make one small misstep, are used badly by the Vow. At the same time, three of their number are corrupted by evil. And all their service suddenly counts in their minds for nothing. The Vow ends, they return to ordinary mortality, and wander home.

The Land is a place of peace, where every adult makes a promise to do the least possible harm. In this way, they hope to avoid an ancestral mistake of despair. This, too, is an unconditional love: their oath of peace makes them forgive and forgive and forgive. This forgiveness is at the heart of Covenant’s difficulties—he does not deserve this kind of love and cannot bear it.

Love needs conditions. Even preconditions. Pure love for everyone all the time is perhaps without meaning. It might be madness and it might be an essential unkindness. These are lessons from Dostoevsky and Donaldson.

What you can do:
Remember that love is a verb more than a feeling. Love everyone you can by showing them unconditional positive regard. Accept the love of others as limited, as mortal. Just do the best you can.