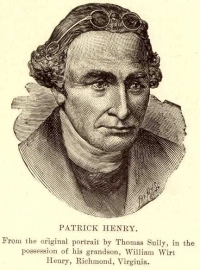 I have been resonating in the last few months with what it means to be an American. I’m wondering if we have lost some fundamental truth or insight into what freedom is. We have begun to believe that we should never have to stand up for anything difficult because our forebearers took care of something centuries ago. Since our conflicts have been on foreign shores—in fact, the last war on the American Continent was the Civil War, and even that was not a declared war, just a “rebellion” (yahoo.com)—we have gotten to the point where our safety is more important than being a just society.

The fact that the public was spared (but the soldiers were not) the atrocities of war may have made it easier to go along with declarations of legal and illegal wars—a debate has suggested the Iraqi war was illegal (Informationclearinghouse). In any case, American “security” seems to have become even more cherished than our own liberty. What’s “funny” is that whenever we invade a country, we often justify that by saying we are bring liberty and democracy to that country’s people.

But when some report appears that makes it known that our liberties are being taken away (by, say, the NSA spying on us), we are largely unconcerned. I have heard of no mass protest, to date, by Americans stating that they do not give their permission to be spied upon. Instead, we see this violation of our rights as a necessity to protect us against the “terrorists.” And so, we have successfully turned our technological gaze from the foreign terrorists to the next logical target: the American People.

I don’t know how often the citizens of this country ask themselves what our policies must look like to anyone outside the US. I think this is a problem because according to some of the countries’ responses in the Snowden case, we look like bullies, if not terrorists, ourselves. The American government has been accused of not respecting the sovereignty of Russia in granting political asylum for Snowden. But we have also fallen short of our own moral standards by keeping open prisons like Guantanamo Bay and not prosecuting any higher ups in the case of Abu Ghraib. In other words, WE have done terrible things, things that traditionally we have said were “deplorable.” We have no right to be a moral commandant toward other countries in their disavowal of human rights. Whenever I hear our presidents condemn other countries for their “human rights” violations, I have to cringe.

What does it mean to be an American? We probably need to look back to our founding fathers since we have become so lost and complacent. I live near Richmond, VA, and friends of mine live near the Church where Patrick Henry gave a passionate speech about liberty. That speech ended with the final statement “Give me liberty or give me death!” I wonder how many Americans today would agree with his words today.

It is in vain, sir, to extenuate the matter. Gentlemen may cry, Peace, Peace—but there is no peace. The war is actually begun! The next gale that sweeps from the north will bring to our ears the clash of resounding arms! Our brethren are already in the field! Why stand we here idle? What is it that gentlemen wish? What would they have? Is life so dear, or peace so sweet, as to be purchased at the price of chains and slavery? Forbid it, Almighty God! I know not what course others may take; but as for me, give me liberty or give me death! (Wikipedia.com)

There may be moments in life where we have to be called to stand up for what we were given by our predecessors. That means each generation has to earn the right to be called an American, or America itself is diminished. I don’t know what it fully means to be an American, but there is nothing that leads me to believe that our forebearers would want us to sit still when everything—including the freedom of thought, the freedom to move about freely, the freedom to not be searched, and the freedom speak out against its government—is being constricted.

But if you want to send any email or text without it being read or stored indefinitely, or if you want the freedom to hear critical voices then speak up now, or be sure that you will be asked to forever hold your peace. I stopped into my local congressman’s office. I was told that the most effective tool to use to make your voice known as a citizen was to “Call your congressperson.” The congressperson’s aids have to log those calls, and then they must respond in writing to you. Also, if there is a particular bill you want to promote, you can follow that legislation on Thomas.gov (Thomas.gov), which is a legislation-tracking device similar to a Google search for legislation). According to the ACLU, there are 19 pieces of legislation that are pending that hope to rein in the power of the NSA—so far, none has passed. Maybe a call to your congressperson would help them know what you support.