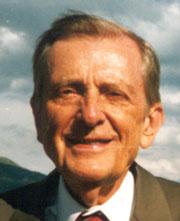 Stanley Krippner may be one of the most celebrated psychologists of the 21st century.  He certainly doesn’t lack for awards.

A Fellow of four American Psychological Association divisions and past-president of two, he’s received the Lifetime Achievement Award for the International Association for the Study of Dreams, an award for Distinguished Contributions to Professional Hypnosis from the APA (Division 30), an award for Distinguished Contributions to the International Advancement of Psychology from the APA, The Senior Contributor Award from the APA (Division 17)  … among many others.

There’s even a movie being made about his life and work (learn more about it here).

But his career is so multifaceted in its success – covering everything from the study of dreams to neuroscience, from the psychology of sex to treatment options for veterans with PTSD – that perhaps equal diversity in awards is needed.

It is in that spirit of remarkable diversity and accomplishment that Dr. Krippner has, in his 80th year, received the Award for Distinguished Lifetime Contributions to Humanistic Psychology from APA Division 32.

Yet when asked for comment, Dr. Krippner chose not to reminisce about the past, but to focus on the work needed for the future.

“We cannot guarantee that humanistic-existential-transpersonal-phenomenological psychology can do any better,” he added, “but this is a voice worthy of being heard.”

The lifetime achievement award was presented on Saturday, August 3, by the Society for Humanistic Psychology at the APA’s annual conference.

Saybrook offers its deepest congratulations, and is proud to serve as Dr. Krippner academic home.