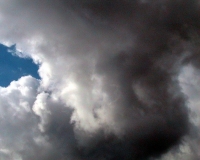 Today, June 25th of 2013, President Obama gave a televised speech about climate change. He used some language that speaks to the issue: it can’t wait, we can’t afford to take the time for a meeting of the Flat Earth Society. He spoke in measured tones, as usual, loathe to show anger or communicate a real sense of urgency through tone or posture. He did not use the words “climate emergency” or “existential threat.” Mr. Obama chose not to rattle the iron cages in which we live.

By taking executive action through instructions to the EPA to give us new pollution standards, Mr. Obama perhaps seeks to mollify the environmentalist section of his base. We have been critical of his efforts (or lack thereof) with regard to environmental issues. Blocking the Keystone Pipeline is important, and just one very small measure of the work that needs to be done. New carbon caps would be a tiny step in the right direction.

Referring back to a previous weblog entry, however, it should be clear this is not nearly enough. Reducing carbon emissions—even completely stopping them—is no longer enough. There is enough carbon in the atmosphere right now to have unleashed a number of self-amplifying climate change processes. We need stronger action and we need it 20 years ago.

Moreover, executive directions to the EPA are unlikely to have any effect. Congress and the Senate will simply defund the EPA’s research arm so they cannot establish a realistic standard and defund their enforcement arm so they cannot catch and prosecute violators, and write exemptions for any crony corporation who donates to their re-election funds.

These statements from Mr. Obama must be taken for what they are: meaningless politics. Like life, we can read into them whatever meaning we want, but they inherently have none.

If we want to save ourselves, we must first abolish politics in the way it is currently practiced. This means starting with the electoral college, reversing Citizens United, and creating sensible, rational districts immune from gerrymandering. Until this is done, we can make no headway on politics at all, and never mind the environment.

Our government really is broken, so much so that the usual civil means of fixing it might prove inadequate. People with money buy their own set of laws and campaigning hopefuls convince the electorate it is in their own best interest to vote for corporate interests. With a roll of the eyes and a sarcastic inflection, we can turn anyone into a stupid hoser. And one party has done fantastic work getting people to vote for their professed religious beliefs while every day in every way betraying the soul of the religion they claim, taking care of their biggest contributors.

If there is such a thing as evil, isn’t this it? Letting the whole world drown and burn so one can line one’s own pockets? Convincing people to vote for their own poverty and eventual destruction?