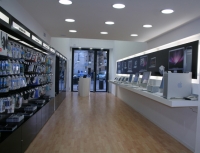 The role that technology has in the world is arguably the most important question we can ask. In what follows, I want to think through with you Martin Heidegger’s conception of technology in order to see if it can apply to the hyper-technologized world of today. I suggest that the work of Donna Haraway might be a useful supplement to the Heideggerian thesis that technology is an instrumental enframing.

Heidegger (1993) states that “everywhere we remain unfree and chained to technology, whether we passionately affirm or deny it” (p. 311). We are-in-the-world with it, already delivered over to it no matter our personal proclivities. In fact, Heidegger (1993) goes on to say that a relationship occurs in the worst possible way when we “regard it as something neutral” (p. 312). This attitude is most disastrous because it ignores our facticity, namely, that we have been thrown into a context in which we inhabit the world with technology. Rejecting our facticity, in this way, is what Merleau-Ponty (1945/2002) calls the worst kind of unfreedom. That is, we must confront and take up our facticity resolutely (Heidegger, 1927/1996) if we are to secure an authentic relationship to beings in the world.

If we accept the premise that technology already exists in the world with us, which means that we need to build a relationship with it, then how can this be done? For Heidegger (1993), technology is inextricably tied to modern physics—they are bedfellows engaged in a relationship of reciprocity. Appropriating Aristotle’s (2001) distinctions of the four causes, Heidegger sees technology operating within the constraints of the efficient cause. In other words, technology “is a means to an end”—it shows itself in instrumentality (Heidegger, 1993, p. 313).

Since technology is enmeshed in the world with us, it “is a way of revealing” (Heidegger, 1993, p. 318). Perhaps one way to think about this is to understand technology as a Gestalt pivot point or a place of perceptual (or way-of-being) shift. Remember, though, one in which we have no other choice but to take up. The Gestalt is handed over to us, necessarily. This way of revealing the world inherent in modern technology Heidegger (1993) calls a standing-reserve, which “no longer stands over against us as object” (p. 322). He gives the famous hydroelectric power plant example to illustrate this:

What the river is now, namely, a water-power supplier, derives from the essence of the power station. In order that we may even remotely consider the monstrousness that reigns here, let us ponder for a moment the contrast that is spoken by the two titles: “The Rhine,” as dammed up into the power works, and “The Rhine,” as uttered by the artwork, in Holderlin’s hymn by that name. (Heidegger, 1993, p. 321)

Offering a kind of Marxist critique of commoditization (although, it seems to be a stronger claim since it is an ontological argument), Heidegger understands technology as opening the world to us in a way that quantifies and orders for the sake of resource extraction. This is the prevailing (it seems almost necessary) relationship that confronts us in our facticity, perhaps given over to us through das Man or “the they”—the ambiguous Other (Heidegger, 1927/1996).

Heidegger (1993) calls the foregoing process of gathering, Ge-tell, or enframing. Technology is a kind of enframing of the world in the particular mode of being a standing-reserve. Yet, Heidegger (1993) seems to hedge his argument a bit by saying that “the essence of technology is in a lofty sense ambiguous. Such ambiguity points to the mystery of all revealing, i.e., of truth” (p. 338). That is, enframing is not a necessary mode of revealing—it could be otherwise. We have wiggle room, but it is tight. He points to a “higher essence” in the “poïesis of the fine arts” as a kind of “saving power” in which we can find refuge from this tight spot that modern physics-technology has gotten us into (Heidegger, 1993, p. 339).

I want to critically dwell with Heidegger on two points in this conception of technology; namely, that (A) technology is necessarily instrumental, and thus, it follows that (B) an engaged, active poïesis vis-à-vis the fine arts is the remedy. Initially, Heidegger makes a well-taken point by indicating our in-the-world embeddedness with technology. However, there seems to remain a kind of otherness in his conception such that technology is alien to us in a way that is threatening. This makes sense if you take an anthropomorphic stance, namely, that humans are the creators of technology. Did humans develop technology? We cannot say who invented whom—where, when, or how. What I am suggesting is that Heidegger’s “technological origin story” is incorrect. We have been in a constitutive relationship with technology from the get-go thanks to Prometheus, not ourselves. In other words, technology has been with us from the beginning—speaking-beings and techno-beings go hand-in-hand.

I like how Donna Haraway (2004) puts this: “myth and tool mutually constitute each other” (p. 23). One did not precede the other but, rather, we were all already in the world together. It appears as if Heidegger assumes that technology was created by man in the service of instrumentality—as a means to an end. If we reject this claim, then I think we can inhabit technology in a way that thwarts instrumentality, if that is our goal. In other words, we are not just given over to technology—technology is also given over to us, and we can manipulate it for political ends if we choose à la Haraway’s cyborg (Haraway, 2004).

I am also suspicious of Heidegger’s (1993) insistence in the “saving power” of the “poïesis of the fine arts” (p. 339). Certainly, the motivation of Heidegger to appropriate Holderlin’s poetry requires careful thought. However, it seems to me Heidegger’s reification of poetry rests on an assumption that poetry (a specific, German kind, mind you) has something special and unique to say. This is premised on an understanding of ontology as genuine and forthcoming such that if we use language in just the right way, vis-à-vis poetry, the world will speak back to us authentically.

Given our befindlichkeit or the context in which we find ourselves (Heidegger, 1927/1996), I am wary that such an ontological framework can hold. I wonder if our “postmodern” condition coupled with the unholy marriage of science, technology, and capitalism render Heidegger’s ontology heuristically invaluable. Are we able to appropriate it for political and ethical action in the world of the mechanical Phoenix that constantly rebirths itself in the light of technological progress? Times are changing, now more than ever and in the future more than now. If we nudge Heidegger’s ontology just a bit, dress it up in a Coyote fur (Haraway, 1991), maybe we can open up new strategic “modes of revealing” that can keep pace with the vulgar times in which we inhabit. This, of course, is a matter of principle.

Today’s guest contributor, Jake Glazier, is a PhD student at the University of West Georgia who practices humanistic-narrative counseling and whose current research interests are diversity as it applies to the mental health professions; especially as it relates to gender and performativity.