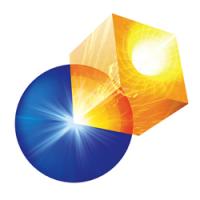 It does not take much analysis to conclude that we are at the threshold of much needed change.

We live in a world in crisis: economic, social, and environmental. Our nations are trapped in an economic model that no longer works. We believe that more technology, higher consumerism, and fewer regulations will fix our economies and life will be better again. Socially, we have come to accept the disparities between those that have plenty and those that do not have much at all. We excuse our indolence about this struggle by stating that the poor must not really want to improve their situation. Undeniably, our environment is in peril. Climate change evidence is the subject of almost daily headlines. Our natural systems are being consumed at higher rates than they could possibly be replenished.

To think that we need change is not cultish hysteria. The change that we have in front of us is as transcendental as when oxygen was an invader in our planet more than four billion years ago given way to organisms that learned how to breathe.  After much evolution, our hunter ancestors found themselves displaced by agriculture. The practice of daily hunting became unsustainable after our population grew and started to gather. The same phenomenon occurred with the Industrial Revolution, which solved the limitations of manual labor in agriculture. We needed factories and automation to sustain life.  Not too long ago we heralded the information revolution which enabled us to solve the needed communication with the entire world to create and sustain a global economy. We now face a larger problem that involves the sustainability of our entire planet.

A wide range of luminaries have defined change models that can help us identify where we are in this latest change process at a planetary level. Dee Hook, the founder and CEO of Visa International, for example, developed the Chaordic model. In this model, which he based on his study of living systems theory, we move from apathy to chaos to new order and then control. Chaos, a necessary step in the change process, presents us with a discontinuity, or a need for change. Chaos is the result of apathy, as apathy is the result of control. Tuning into the daily news, we can see the struggle of control and apathy of our politicians and our own apathy as citizens. The Industrial Revolution brought much control to our lives and ultimately the control of life in our planet. We are seeing the start of chaos in our systems, which will ultimately emerge into a new order.

What would this new order look like? When we think with the same mind that created the problems we have, we can easily point to new technologies as the mechanisms to define the new order. For instance, we can think that we will be able to inexpensively desalinate sea water and solve our water shortages. We can also conceive that in the not too distant future, all of us will be driving electric vehicles drastically eliminating our dependency in fossil fuel. Yes, technology will make many things possible but will not change us as humans. In other words, technology cannot change our consciousness. Only we can change how we relate to the world and each other.

The new order in our evolution will result from our change in consciousness. This has happened in our evolutionary history and it is happening now. As early humans, we saw each other as animals no different than the ones we were hunting. It was only 50,000 years ago when we starting burying our loved ones. At that time, our consciousness shifted to care for others.  Until 1865, we thought it was appropriate to own people in the U.S., and it was less than 100 years ago, in 1920, when decided that women could vote, which marked another shift in consciousness. We have many of these shifts in consciousness ahead of us including same-sex marriage, universal healthcare, and the elimination of poverty.

Andrew Cohen, the author of Evolutionary Enlightenment, identifies five tenants associated with our shift in consciousness.  They represent what we would need to learn, assimilate, and integrate to solve our current problems. These five tenants are consistent with the thinking of our evolutionary consciousness luminaries, including Erwin Laszlo, Barbara Marx Hubbard, and Béla Bánáthy.

This is when we become aware of our own evolution as the single focus of our purpose of being. It involves becoming free and whole. Cohen states that all of the five tenants are both paths and goals. Clarity of intention is our own evolutionary path and our ultimate goal.

This tenant states that we are free to choose at every moment. We have accumulated karma as we have developed. In this tenant, we take full responsibility for our actions and all of our karma. At a global level, we take responsibility for cosmic evolution and our part in it. Our thoughts and actions contribute to how the universe unfolds. Feeling and being responsible for evolution shifts our focus on what is important.

Face everything and avoid nothing

This tenant points to unobstructed awareness. Our egos are accustomed to avoiding what we do not like or consider hard to achieve. They are invested in maintaining our current interpretation of reality at all cost. This translates into denying the truth about our situation. At a planetary level, we cannot continue to deny; we have to face everything and avoid nothing.

A leaf does not see itself separate from its tree or a bee separate from its jive. Even if we see ourselves as evolutionary beings, we may not see ourselves as part of an evolving universe, connected to our families and friends in the same manner as we are connected to stars and galaxies. We all came from the same star dust and are the leaves of the evolving cosmic tree. This outside-in perspective corresponds to Cohen’s fourth tenant.

This tenant refers to the moment where in our own evolution we care more about the evolution of the whole. Our thoughts and actions shift from an individual perspective to a cosmic one. It is then when we see ourselves integrated with everything in a cosmic evolutionary dance that started 13.7 billion years ago leading to what we understand life to be today. This tenant also involves knowing that we will continue our evolution and, in this context, our is not just humans, but the entire universe.

Whether you agree or not that we are at the threshold of change as we have been in our human history, we cannot deny that we have to solve the large problems we face on our planet. There are many views on how we should go about solving these problems. History also shows us that we have solved existential problems through a shift in consciousness. The question then is how would our shift in consciousness look like now? Evolutionary enlightenment offers a model.