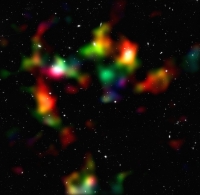 While some in the field continue to believe that psychology proceeds purely on the basis of positivistic science (e.g., Baker, McFall, & Shoham, 2008), I contend that this is patently naïve. Psychology was and probably always will be a philosophically based discipline. In this light, the field of psychology has actually been “reset” many times over its relatively brief 100-year history, and this resetting has had as much to do with philosophical fashion as it has had to do with empirical evidence (see Kuhn, 1962).

The first time the field was reset was at the point where its standing as an explicit philosophy was replaced by its “formalization” as an explicit laboratory science. This was the time when Wilhelm Wundt and his colleagues began basing psychology on the experimental method (or the philosophical approach of natural science) to evaluate laboratory findings. The second major time when psychology was reset was when psychoanalysis replaced laboratory science as the leading philosophical paradigm. This was a period, roughly the 1920’s, when Freud and his colleagues emphasized the primacy of the so-called drive model of human functioning over the conscious activities of laboratory investigation.

The third major period of philosophical resetting was the usurpation of the psychoanalytic model by the behavioral model, where only overt and measurable human actions were considered the domain of legitimacy. The fourth major period of resetting was spearheaded by cognitive science and the shift in emphasis from outward behavioral actions to inward informational processing. Now we are in a period where the predominant paradigm is quickly moving from cognitive science to neuroscience, from intellective processes to behavior-brain correlates.

So where does that bring us to at present? How should psychology be reset in the emerging era, and what role does that leave for humanistic psychology?

I believe that psychology should now be reset on its rightful base in existence. It is high time that psychology recognized what the great poets and thinkers the world over have recognized for centuries—that the main problem of the human being is the paradoxical problem: that we are both angels and food for worms; that we are suspended between constrictive and expansive worlds, and that we are both exhilarated and stupefied by this tension. The role this leaves for humanistic psychology is the role that William James so deftly set for it back in 1902. That was the year James wrote Varieties of Religious Experience and called for a radically empirical, experientially informed inquiry into the human being’s engagement with the world (Taylor, 2010). I also believe that humanistic psychology’s role today is commensurate with the existential-phenomenological-spiritual tradition of successors to James (see Mendelowitz & Kim, 2010), exemplified by Paul Tillich (1952), Martin Buber (1970), Rollo May (1981), R.D. Laing (1969), Ernest Becker (1973), and many others who called for a new “whole bodied” experience of inquiry and life. This whole bodied psychology does not preclude other strands along its bandwidth, but it incorporates them as part of its awesome tableau.

In a nutshell then: The chief task for humanistic psychology going forward is to reset psychology on its rightful existential-humanistic base.

By “rightful,” I mean that if mainstream psychology is to become the field that Nietzsche once dubbed the “queen of the sciences,” if it is to maximally apprehend lives and the transformation of lives, then it will need to show how mainstream psychology’s present bases—cognitive, behavioral, and neurophysiological—are wanting. It will need to show how one’s relation to information processing, overt and measurable actions, and physio-chemical structures are but part-processes of an infinitely unfolding venture, a venture that comprises those part-processes, to be sure, but that also far exceeds them both in scope and consequence.

Mystery is a place where religion and science meet.

Dogma is a place where they part.

Awe-based psychology is a place where they can evolve and reunite.

Laing, R.D. (1969). The divided self: An existential study in sanity and madness. Middlesex, England: Penguin.

Taylor, E. (2010). William James and the humanistic implications of the neuroscience revolution: An outrageous hypothesis. Journal of Humanistic Psychology, 50, 410-429.

This article is reprinted with permission from the Special Section: The 50th anniversary of JHP: Reflections on the state of the field. Journal of Humanistic Psychology, 51(4), 436-438. Copyright 2011 from Sage Publishing.

DON’T MISS PART THREE OF THE SERIES COMING NEXT THURSDAY IN THE NEW EXISTENTIALISTS!