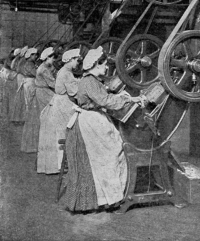 I have decided that the word normal ought to be removed from the dictionary; or perhaps the definition changed or clarified. Being normal, I have concluded, is an existential hazard. It is a soul-killer.

So who makes the rules of normality? And why are they held as fundamental truths? The consideration of normality is contextual; what is thought of as normal is defined within the social context—the atmosphere of the world. And this changes as the collective ideologies of the world change.

However unfortunate, we do live in a world that tends to focus on difference rather than the more essential similarities we share as humans. This implicit hazardous value system squelches our natural propensities and rights as humans to be free to be our unique selves; being independent, authentic, and free leaves one vulnerable to judgments and questions involving normality. There is a deep cultural thread, which remains largely unconscious that implies that there are rules of how we are Supposed-to-Be.

So from an existential perspective, I have decided that Supposed-to-Be is the insanity. There is a real sense of freedom when we are able to be most uniquely ourselves, but it does come with risks. The risk is that if we go against the cultural grain, we may be labeled as Not-normal, strange, insane or mad.

If you want to destroy the human spirit, stick someone in a proverbial box and label them. Being-Normal in our culture essentially means to be as one is Supposed-to-Be. This Supposed-to-Be is the elemental, authentic, and dynamic self, straight-jacketed and restricted into a mode of living that is artificial; a mode of being that leaves one alienated from one’s most true self. Suppose-to-Be—is a way of being that is false; a hidden self fearful of the responsibility that results from the freedom to be oneself.

It took me a long time to learn that living as I was Supposed-to-Be left me feeling empty, lifeless, and suffocated. It was through therapy, reading, and painful introspection that I was able to discover, embrace, and Be-Me. Through my own process, I came to appreciate my unique Self, and found the courage for self-expression despite the inevitable judgments. And I have heard many. My process, albeit difficult at times, has afforded me freedom, strength, and vitality, which are all precious and invaluable. I am grateful for this journey, and I now grasp my truth; I never want to Be-Normal, at least not in any traditional sense.

As eloquently stated by Fromm:

If other people do not understand our behavior—so what? Their request that we must only do what they understand is an attempt to dictate to us. If this is being “asocial” or “irrational” in their eyes, so be it. Mostly they resent our freedom and our courage to be ourselves. We owe nobody an explanation or an accounting, as long as our acts do not hurt or infringe on them. How many lives have been ruined by this need to “explain” which usually implies that the explanation be understood,” i.e., approved. Let your deeds be judged, and from your deeds, your real intentions, but know that a free person owes an explanation only to himself—to his reason and his conscience—and to the few who may have a justified claim for explanation.

A more hopeful view of human nature is to notice people’s strengths, unique beauty, and be open to all that one’s individuality brings to the world—your world. If one can experience people this way, it not only makes for better interpersonal relationships but leads to a more hopeful and fulfilling life journey.

And this is my absolute truth.

Today’s guest contributor, Jacqueline Lisa Simon Gunn, is a clinical psychologist in private practice in Manhattan and is the author of In the Therapist’s Chair; Analysis of the Relationship between Shame, Guilt and Empathy in Intimate Relationship Violence, and Breaking Through My Stride. Dr. Simon Gunn’s new book, Bare: Psychotherapy Stripped, will be out soon. Her website is https://www.drjacquelinegunn.com.

COMING THURSDAY: THE FUTURE OF EXISTENTIAL PSYCHOLOGY–A new weekly series featuring luminaries in the field as well as new voices speaking about where we are and where we are heading. You won’t want to miss this!