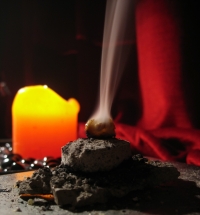 A sometimes inflammatory comment, especially when we get specific with it. If everything is imaginary, then God is imaginary, you and I are imaginary, the truth is imaginary. I sometimes toss out these sorts of comments to be provocative and then act surprised when people are provoked. A recent discussion about whether rights are real induces and inspires this elaboration on what it means to be imaginary.

Any sixth-grader knows (or probably should know) that we are walled off from the real world by the veil of the senses. That nothing is as it really seems. The ding-an-sich, the thing-in-itself, is inaccessible to us. There might be some objective reality out there, outside our heads, but we cannot access it directly. We have only our fallible senses, and even more fallible perceptions and memories, to go on.

We can’t prove there is an actual objective reality, and we certainly are incapable of any but the most modest sort of objectivity about it. Objectivity is very imaginary: it doesn’t really exist in any form humans are capable of manifesting or understanding. We are always—always!—biased by our prior experiences, memories, upbringing, and sensory models. We always want something.
But let’s take the position that there is one actual truth—that the world is, in fact, a particular way. We are incapable of perceiving any given thing as it really is. A marble looks and feels smooth and shiny, for example, but below our middle scale is quite coarse, granular. Another scale down and it is mostly empty space, and what we take for a surface is just the boundary of its electro-magnetic shell. We can‘t access the marble as it is—and perhaps shouldn’t. We get joy out of playing with marbles when we are children. Imagine how boring they would be if we could see them as they really are—almost nothing.

If we can’t access simple things like marbles, what about complex ones such as people? Can I know you? Or you me? We will have internal models of people we know well, good enough to sometimes predict their behavior, but we can never really experience the person as they really are. Only as our senses and perceptions say they are. People are probably more real and less imaginary, and yet, we only have them in our minds, not in the world. My model of you is the closest to you I can ever come. You are imaginary, as am I.

Do I exist? I have a model of me just as I have one of you—in fact, knowing me depends on first knowing some important people in childhood. If you have chaotic, unpredictable parents, you can grow up with a very limited and chaotic self-concept. You can’t imagine yourself; you are a mystery to you. You probably exist in an objective way, but you can’t know that completely, only trust that it is so because the evidence of your senses says it is so.

Does God exist? I happen to think almost certainly not, not in any objective sense of the word “exist.” I imagine God is likely more or less completely imaginary. In any case, were there such a being, it seems evident even if it were real, it would still be imaginary, because of our lack of ability to access the thing directly. We are such faulty vessels for experience it seems absurd to trust any one person’s experience of God as they relate it, especially given so many contrary experiences of it.

So marbles, objectivity, you and I, and God are all more or less imaginary. I also contend that a) nothing matters, and b) that clause a) includes itself. That is, it doesn’t matter that nothing matters. It matter less that everything is imaginary. We have to live in the world as we encounter it, make the best sense of it we can. Something like a visual experience does not contain much of a voluntary element. Something absent of sensory experience contains perhaps more of a voluntary element. So when imagining a marble, you are not much in control over the illusion your mind creates. However, when imagining a person, really a conglomeration of impressions formed into a mental model, you likely have much more control. You can choose how to interpret behavior: either as attributions to the person (“What a jerk!”) or loving empathy (“That seemed rude—she must be having a really bad day.”)

What I am saying is, so long as we are going around imagining the world we live in, and inasmuch as we have even a little control over how we imagine it, why not imagine the world in favorable terms? Why not imagine a God that loves everyone, not just the people who are like us? Even sinners, atheists, and people of other faiths? Why not imagine Hindus also go to Heaven? Why not imagine people are basically good, that each person is doing the best they can every day?

And what does it matter if you turn out to be wrong now and again? Right and wrong are just as imaginary as objectivity. Won’t you have a good life along the way?

COMING NEXT WEEK: THE FUTURE OF EXISTENTIAL PSYCHOLOGY–A new weekly series featuring luminaries in the field as well as new voices speaking about where we are and where we are heading. You won’t want to miss this!