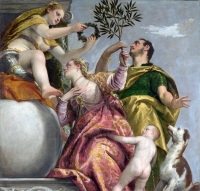 The historical roots of humanistic psychology are firmly planted deeply in the European traditions of existentialism, phenomenology, and personalism. Most humanistic psychology scholars readily acknowledge a debt to existentialism and phenomenology, yet the contributions of thought within personalism are often unacknowledged. In part, personalism often is forgotten because the term “personalism” speaks less to a system of philosophy or psychology than to a general concern with positivism’s tendency to lose the person within a reductive, scientistic, mechanistic, metaphysical materialism.

Personalism is the ongoing attempt to save the person from modern thought while avoiding the twin pitfalls of individualism and collectivism. The person is neither an individual nor merely a mindless sheeple dumbly pushed along by a brute herd of the blind leading the blind. The person is always already a person-in-community—or as Aristotle put it, the human being is a social animal. Human beings are always already related, yet rarely undifferentiated. To be human is to belong and yet to stand apart, always at the same time. One of my scholarly goals is to flesh out the historical and theoretical foundations of humanistic psychology within a personalistic philosophical anthropology. A key piece of this puzzle is a project Bob McInerney and I have been working on together, which we call a “hermeneutics of love.”

If humans are social beings by nature, love is the expression of the intrinsic bond that sustains our intrinsic connections to others. A hermeneutics of love, as I understand it, makes a bold claim that, if we want to know the truth about another person, the best access to that truth is not through a detached indifference, but through a genuine, deeply felt love for that person. If I really want to know someone, a friendship with that person, for example, is more likely to yield a more impactful insight than treating the person like a rat in an experimental maze.

In order to develop a scholarly and systematic approach to a hermeneutics of love, I’ve been turning to a wide variety of texts, such as, for example, Kierkegaard’s Works of Love, Max Scheler’s The Nature of Sympathy, Vladimir Solovyov’s The Meaning of Love, and a variety of other key existential, phenomenological, and personalist readings on love (recommendations, by the way, are appreciated). For the sake of this blog, I will discuss one of those readings: Dietrich von Hildebrand’s The Nature of Love.

Phenomenological research has two major steps—first, you engage in a shift from a natural attitude to a phenomenological attitude. In other words, you loosen your grip as much as possible on the categories of understanding to which you normally cling. Second, you try to understand the structure of a phenomenon by describing experience and varying it using imaginative variation of descriptions. The variations should be discarded if they are found not to be essential to the structure of the phenomenon.

Using this phenomenological method, von Hildebrand arrives at what he concludes are the “essential traits of love”:

1.    Love as the most affective value-response

According to von Hildebrand, mental acts that are driven by the appetites, such as hunger, thirst, and sexual desire, are different kinds of acts than value-responses, such as respect, veneration, and love. Those who are familiar with Viktor Frankl’s work will recognize that Frankl likewise distinguished between drives and values. Whereas drives “push” a person from behind, values “pull” the person along; they are teleological in nature. Similar to Abraham Maslow’s Being-values, values do not seem to be satiated nor exhausted, but maintain their power. This is because they are not meeting basic physiological needs of the organism; they are related more directly to noological or spiritual or psychological dimensions of the person.

Love is a value-response because it does not reduce the other person to an instrument merely to satisfy my own physiological needs. True love, rather, is a matter of recognition the intrinsic value of the whole person of the beloved other. Genuine love does not reduce the beloved to a means to the end of my own satisfaction, but rather, appreciates the beauty and goodness of the other for his or her own sake.

Von Hildebrand says that love is the most affective value-response—a claim that would need more space and attention to pursue in depth. But, in short, he means that when we love the other person we give of ourselves to the other—there is an aspect of self-donation (see below), and also a charitable interpretation of the other. We see the other person not through our own pride such that we would exaggerate the importance of the other person, but rather accept the person’s limitations. Yet, we see the other’s limitations as less central and even alien to the beloved’s true nature or essence. To love the other is to recognize not just the flawed person he or she is, but the ideal person who he or she is latently capable of being in actuality. And our love helps to bring this potential into being.

2.    Love as essential superfactual in the proper sense

“Superfactual” is a term referring to states of mind that persist even in the absence of or without the explicit cognitive intention of the perceiver. I may enjoy a cigarette if I am a smoker, but the value of the cigarette disappears the moment I am no longer enjoying it. As it turns to ash, my pleasure disintegrates with it. Love, in contrast, has an enduring quality. Even when my beloved is not tangibly present in the flesh, he or she pervades the atmosphere of my existence, coloring everything in a new hue, so to speak.

3.    Being delighted by the beloved person

In love, the beloved is given to me as having intrinsic value, and the mood that corresponds to this value is delight. Delight, again, is not a mere pleasure that results from the satisfaction of a drive, desire, or appetite, but could be described as the joy that comes with the recognition of something that is valuable in itself for its own sake.

To help flesh out the difference between mere pleasure and delight, von Hildebrand contrasts the aesthete and the artistically sensitive person. The aesthete approaches art like a fine wine—it is something for the pleasure of the aesthete, it is subjectively satisfying, yet the aesthete cannot appreciate the intrinsic value of the work of art. The aesthete remains the egoic center of the experience—it is all about his enjoyment. In contrast, the artistically sensitive person “grasps fully the value character of artistic beauty, its inner dignity, its call to approach in reverence and to receive gratefully the delight superabundantly flowing from the artistic value” (p. 49).

In love, the delight in the beloved is a delight in the value of the other as other, whereas taking pleasure in the other puts me at the center of the experience, reducing the other to a means for my own enjoyment. The latter attitude of the aesthete is antithetical to love, even destructive to it.

4.    Intentio unionis (Striving for union with the beloved)

Love implies a vulnerability that is unique to this state of mind. Love implies the intention to be in spiritual union with the other, but such a union requires the return of our love from the other. Love is not purely altruistic, it implies a risk by which we move out of ourselves in the hope that our love will be returned. This is not to reduce the other to a means to our own happy end; it is intrinsic to the structure of love, according to von Hildebrand, that it involves this expectation that, as I witness and participate in the goodness of the other—his or her value—he or she too recognizes and takes delight in my intrinsic value too. This is not a merely “using” relationship because both parties recognize in the other a good that is for its own sake.

Love, likewise, contains within it a hope that the other will be benefitted by our involvement with him or her. Love in this sense is a deep solidarity with the other, a deep interest and concern for the other’s well-being—a “spiritual embrace of the other with goodness” (p. 52).

To love is to offer one’s self as a gift to the other. This does not mean losing one’s self in the other, because then the self would be disintegrated—there would be nothing left to give. The self remains differentiated from the other, but as differentiated is offered to the other as a gift. We say, “I am yours” to the other. Rather than an abandonment of myself, this “I am yours” presupposes that, in my donation of self to other, I am offering the full living person of myself to the beloved.

7.    Extraordinary commitment to the beloved person; love and freedom

To love the other is to have an “extraordinary commitment,” says von Hildebrand. We find ourselves before the intrinsic value of the other, and take delight in him or her. But then we go one step further, and we make an explicit cognitive commitment to affirm this love, and commit ourselves to it. Without this commitment, love never fully comes into being. Thus, while love is a gift, a response to intrinsic value, it is also more than that. It also requires the cooperative freedom of the lover to affirm his or her love for the beloved.

According to von Hildebrand, love “even in its superactual form sheds a ray of happiness illuminating our life, when while we are occupied with entirely different things.” To be in a state of love is to be happy in a deep and profound way that pervades all of our existence. Our entire existence becomes saturated with our love, and happiness is a pervasive mood that expresses this pervasive mood of love.

Finally, love desires a requital. We want our love to be returned.

Keep in mind, this is a brief sketch of von Hildebrand’s phenomenology of love, and it highlights one important piece of that project. The book itself is close to 400 pages. But this important phenomenological analysis can be subject to critical reflection, and may contribute a great deal to considering how the attitude of love might provide us with a privileged access to the truth of the other—if indeed it does.