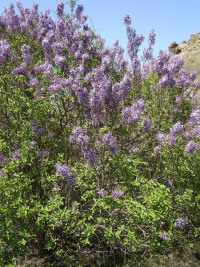 I want to share with you a most beautiful supervision session that I was privileged to be a part of courtesy of an extraordinary individual named Bruce Lee. Bruce shared with me a beautiful encounter he had with a patient he was asked to help at the oncology ward of a hospital in China. The patient was an elderly gentleman who was suffering from pain related to his stomach cancer, which was in the terminal stage. The inoperable cancer had metastasized to his intestines, lungs, and other internal organs. He completed eight rounds of chemotherapy in an attempt to arrest the metastasis. Yet, the pain intensified after every treatment, leaving the patient in a consistently foul mood.

Upon entry into the six-bed hospital room, Bruce found a man who was gaunt with a big belly. He appeared older than his chronological age and presented a very tough appearance. The room was crowded with patients and family members. A number of the patients had their radios on, and the room was anything but tranquil.

The patient was a communist official who was having difficulty accepting the terminal stage of his cancer. The doctors informed the patient that he had only six to 12 months to live. Yet, the patient refused to believe this news and instead adopted an optimistic and rosy attitude that he could overcome the cancer in the same way he overcame numerous obstacles in his life as a soldier. Bruce was wise and decided not to challenge the patient’s entrenched beliefs and hope.

Instead, Bruce shared with the patient the story of another cancer patient whose unfinished business was to witness the first day of school for his grandson. The patient immediately related to the story and shared with Bruce that his son was recently married and planned to have a child in the following year. The patient’s wish was to live to see the birth of his grandchild before his death. This tough soldier broke down in tears while describing the image of holding, feeding, and playing with his grandson. It was in the midst of such revelry when the patient in a hushed tone suddenly revealed a second, more intimate dying wish.

As it turns out, the patient married his pre-arranged wife under the pressure of family and tradition. The marriage was long and stable but without love. The patient described the wife as responsible but he did not love her. Instead, his heart remained with his first love who died earlier of terminal illness. This first love was his true love, and together they rebelled against the wishes of their families and society. It was likely that they would have married each other if not for her premature death. And ever since the death of his lover, he visited her grave frequently, often bringing along a bundle of lilacs, which was her favorite flower. Unfortunately, the patient ended the visits when he became immobile as the result of his illness. So the patient’s intimate dying wish was to visit his lover’s grave one more time, bringing along her favorite flower and sing to her their love song, also entitled “Lilac.”

However, the reality of the situation was that the man was immobile and unable to leave the hospital to complete this last wish. So, the question I often ask my supervisees is, “What would you do at this point if you were Bruce? What would you do if you knew or did not know this classic love song?”

Bruce was no ordinary student and trainee. Upon hearing the name of the song, deep powerful images flooded Bruce’s consciousness: Bittersweet memories of his own hospital visits bearing flowers of his own; tears of joy, bitterness and anger; forgotten promises made long ago. Bruce knew this song quite well. In a point of inspiration and deep identification, Bruce deepened the encounter by asking his client if he would like for Bruce to sing this song to/with him? The patient nodded. Mind you, this was taking place in a crowded public hospital room with other patients and family present and several radios blaring.

Nevertheless, Bruce went ahead and sang the song a cappella. After the first line of the song, the patient closed his eyes and began to cry. Following the melody, the patient sang along silently with Bruce. The offering of song shifted Bruce and the man into another world. Slowly, the room became quiet. The radios were respectfully silenced, and the other patients began to gather around the bed of this patient. The room of strangers converged and naturally formed an instant support group at the center of which was this dying man. It was the creation of a universe where the other patients focused their good wishes and healing energy towards this man who was Everyman. Time and pain were both suspended, and everyone entered into The Eternal Now (the title of one of Paul Tillich’s books). The man was unable to travel to his lover’s grave. However, through the song, Bruce transported the man and the other patients and their families to a deep place of connection. He brought the man back to his lover for a final goodbye. The other individuals in the room quickly became participants in this here-and-now drama, themselves temporarily and eternally transported to individual mysterious places of tranquility and connection. A powerful dose of existential analgesic was administered. Time stood still temporarily, ironically, in the midst of singing a song about transience, detachment, impermanence, and death.

Such are the moments of transformation and healing and Bruce was wise beyond his years. He knew that the right thing to do was to pause and linger in the silence. In Bruce’s own words, “I knew this beautiful and memorable silent moment belonged to the patient and his lover.” Everyone else in that hospital room knew the same and stood silently around that patient in his bed. After a silence lasting a few eternal minutes, the patient softly whispered a silent gratitude to Bruce.

Now, won’t you use your imagination to join Bruce in that hospital room as he has so graciously invited me. And to help with the journey, here is the song that Bruce sang to the dying man. Once you read the words (I took the liberty of offering a more poetic English interpretation/translation), you will understand the longing of this man to return to the grave and how Bruce helped to transport him there. The YouTube version of this song can be found here.

Your favourite flower is Lilac
For this is your name
A melancholic flower
A sentimental you
Upon your wilting
Time stood still
Such a tender and lovely flower
Battered by the wind and rain
Floating through life
Weaving dreams, one after another
Hastily, you left
Leaving me a lifetime of memories

Flowers blooming at the grave, the beauty you longed for
A mountain of blossoms
Are you lonely still?

Listen, a serenade, your favorite ballad
Worry no more
about the troubles and miseries of the world

Lilac, my daily companion
My beautiful, blooming Lilac
I’m here with you
To protect you now and forever.