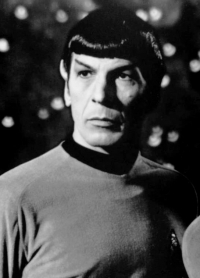 In the first psychology class I ever took, now 14 years ago, I learned that people tend to believe that they have always believed what they currently believe. The case of a clear conversion event might be an exception. Otherwise, we tend to think we are just as we always were.

When thinking about the things I think about, I have taken this to heart. A bit of a contrarian, I try to bear in mind that I might believe something different tomorrow. This is the solution for today, but times change and people change, even if they don’t always realize it.

Historically, a problem for me has been how to have morality without God. I’ve been an atheist my entire adult life. This problem led me to nihilism in my youth. I was called cynical for the first time at the age of 12, worldly at 14. The nihilistic position—philosophic rather than political nihilism—just made sense. If there is no grand adjudicator of right and wrong, those things are imaginary. “Right” and “wrong” come from authority. For the rest of us, there is just what we need to do to survive or have fun.

This system is problematic. At the end, you almost have to end up with Anne Rice’s “savage garden,” a system of aesthetic morality. What is desirable becomes what is good or right. But there is no a priori reason in such a system to create a free society. The weak must suffer. And I could never believe the suffering of the weak was good or morally neutral.

I tried logic for a while, following Spock, with the same results. Ultimately, there is no logical reason to use logic to solve any problems, let alone moral ones. We always have to stipulate something moral to make it work. And facts intruded on this fantasy, again from psychology. People denied access to their emotional brain stop making rational decisions. Without our emotions, we can’t think straight. Spock was an alien and perhaps did not have these limitations, but we do.

Logic as a system is also deeply flawed, unable to handle things like imagination or its artifacts or counter-factual statements without elaborate work-arounds. Not for me.

So, I was a nihilist for many years, generally taking the view that all values are baseless. There was no reason to value the common good, or the best outcome for the most people, but also no reason not to value those things. It doesn’t matter that nothing matters.

And in these years, I knew there was something better out there, a philosophy or system of thought that could “answer the questions.” That this philosophy or approach to living and thinking could not be the final answer. Because people do change, and when they change, tend to think they haven’t changed.

Would there be a clear apostasy? An enlightenment? An X drawn in time, demarcating this Jason from that?

Change did come, in graduate school, in the form of existential psychology. Distinct from existentialism in the Sartrean sense, this is a system of thought and method in which one values the questions more than the answers. Where learning is often noetic. Where no a priori reasons are needed. To just be is enough.

There was no clear apostasy. Well into my career as an existential psychologist, I still thought of myself as a nihilist. All values are, after all, baseless. But I suppose nowadays you could say I am more an agnostic than an atheist when it comes to values. I try not to know too absolutely what is the right thing to do, but I’ll agree sometimes one thing seems righter than another.

And it is important, too, to keep hold of the idea that there might be something grander than existentialism out there, too. For now I am home. I don’t need to explore other options very hard. I am not spiritually hungry. But still, in the future, I might change my mind.

What lies beyond existentialism? Do you know?