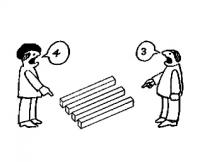 I have been engaged in a conversation on the Harvard Business Review website that was sparked by the question, “Interested in opinions—is a leader a role or a mindset?” The question was posed by Joan Kofodimos, a partner at Teleos Consulting in Raleigh-Durham, North Carolina.

I would suggest that posing an either/or question usually does not serve us well, particularly as academics interested in theory and research. In my case, I have this interest in relation to a concept of leadership that seeks to transcend either/or perspectives in favor of what Jerry Porras and Jim Collins labeled in their book, Built to Last, the “genius of the both/and.” So, it follows that my response to Kofodimos’ question would be, “Yes and more.”

For more than a decade, my writing and teaching has been focused on clarifying the concepts of leading, leader, and leadership. Barbara Kellerman has noted in her book, The End of Leadership, that there are 44 (and I would suggest more) theories of leadership and more than 1,500 definitions in the literature. We might conclude that, if this is the case, the study of leadership is fragmented and hardly worthy to be considered a field of study. An alternative interpretation is that the field is alive and well and has failed to find a path to integration. I would suggest the latter.

In their book, A Quest for a General Theory of Leadership, authors George R. Goethals and Georgia L.J. Sorenson noted that a two-plus year, multidisciplinary attempt at formulating a general theory of leadership failed in its mission despite the participation of a couple of dozen scholars. The process they used was for each of these scholars to present their theory of leadership and have them, as a group, find a framework that would include all of their theories. It didn’t work. I asked Sorenson about this at an International Leadership Association conference and suggested that if would be better if they had worked together to build a meta-theory that would embrace all of the discipline-based theories. She said that she and one other participant had argued for this approach, but were not supported.

All of us have meta-theories—or theories of theories—where we have a more or less coherent framework for fitting diverse perspectives together. Either we have a meta-theory that is both/and related or either/or based. I argue for both/and because I agree with something Ken Wilber has said: “No one is smart enough to be wrong all of the time.” I take this to mean that we are looking for the right path to our understanding and we are all learning that it is the one where we find the value added in all theoretical and methodological approaches within an integrative framework.

What is your integrative framework? Will it allow for mindsets, roles and much, much more?

Read other posts by Russ Volckmann