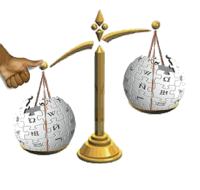 There continues to be controversy regarding the perception of unethical conduct surrounding the DSM for more than 30 years. The DSM-5, approved this past weekend for publication in May 2013, has even been highly criticized by Allan Frances, the chair of the DSM-4 committee. There has also been evidence alleging ongoing financial conflict of interest and confidentiality that has embarrassed the American Psychiatric Association, complaints that diagnosis of mental illness is more political than scientific, and that DSM research shows very poor reliability and validity, including the belief that psychiatric labeling has been developed and applied in biased ways and has done more harm than good.

It is highly unethical for psychiatrists to receive “paybacks.” APA members supposedly agreed to serve on the DSM-5 task force without remuneration for their services, with the exception of the task force chair. They agree to receive no more than $10,000 annually in aggregate from industry sources (excluding unrestricted research grants). They must not hold stock or shares worth more than $50,000 in aggregate in pharmaceutical companies, device makers, and/or biotechnology companies, and similar health care-related commercial ventures, or receive more than $10,000 annually in aggregate in dividends from such sources. It appears the Big Pharma is supporting the APA’s “task force” that writes the DSM.

The DSM shortcomings are incorporating scientific evidence and misdiagnoses. There are limitations of the proposed system for assessing traits, unethical studies, biasness, discrimination, inhumane treatment of individuals, and overmedication instead of “talk therapy.” The DSM-5 inflates diagnostic criteria to such an extent that it pathologizes normal behavior and natural human functioning. The descriptive diagnostic model since the DSM-3 has often led to “cookbook” diagnosis and assumptions of “chemical imbalances” for psychiatric disorders. Pharmaceutical companies have exploited this in their marketing.

Saybrook University became the first university to support a formal challenge of the APA, with more than 13,000 mental health professionals demanding that changes to the DSM-5 be reconsidered. This is not discussed in U.S.-taught Master’s level psychology courses, nor is the case of a German postal carrier Gert Postel that became a psychiatrist and the head of a Forensic Hospital in Germany with no education in the field—these issues start calling into question how reputable the psychiatric field worldwide really is, and what the psychiatrists actually want to include into the DSM revisions. We should question the “secrecy” of Stanford University, which refused to publish an experiment of students pretending to be mental patients and hospitalized themselves in 12 different hospitals in 5 different states and were diagnosed accordingly. The presence of these “pseudopatients” and the nature of this research program was not disclosed to the hospital staff. Despite their public “show” of sanity, the pseudopatients were never detected. All but one were admitted with a diagnosis of schizophrenia, and each was discharged with a diagnosis of schizophrenia “in remission.” The evidence showed that once labeled schizophrenic, the “pseudopatient” was stuck with that label. If the “pseudopatient” was to be discharged, he or she must naturally be “in remission,” but he was not “sane,” nor, in the institution’s view, had he ever been “sane.” This experiment certainly showed how “insane” our psychiatric system is, and questions the judgment of those writing and evaluating the DSM. We can also question why it took until 2006 before cruel methods of aversion therapy to treat homosexuality were considered to be a violation of the codes of conduct and professional guidelines of the American Psychological Association and American Psychiatric Association.

But perhaps this has more to do with support and protection many mental health organizations receive from pharmaceutical companies, who help fund the research that often leads to the diagnostic labeling and increased sales for their product.