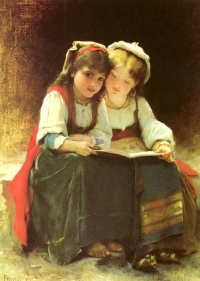 I received the following quote from my friend, colleague, and New Existentialists contributor Tay Liren and really liked it so I thought I would share it here in my blog this month:

Maybe the most important thing I can offer is the willingness to sit beside them without flinching as thoughts and feelings, however intense, tumble out. I can bear witness. I can trust that, however desperate things seem on the surface, underneath, each second is full of meaning and possibility.” My mind drifts to a conversation I had years ago with a clinical supervisor who said, “Ninety percent of this work is having the guts to show up and look at what’s happening without changing the subject.”

With the above quote, I once again reiterate the important topic of “Bearing Witness.” Counter-intuitive to most people, bearing witness is simply that, witnessing our clients’, friends’, and loved ones’ pains without trying to fix it for them as a form of running away. It takes courage to show up and decide to stay. To sit with the pain instead of turning away. It is the Action of Non-action according to Zhuangzi, the Taoist Sage. Furthermore, Zhuangzi wrote additionally about courage of the sage:

I am currently visiting a friend who along with his wife has adopted four girls who have been taken away from their young mother who is hooked on drugs. This is on top of being foster parents of an African-American young man who has made the most of his opportunities and is now enrolled in a Master’s Program to become a social worker. I cherish the success stories. Yet, once again I’m troubled to learn that the act of one individual (addicted to drugs) can cause so much havoc and pain. However, redemptively, I’m reminded again of the Yin and the Yang for where there is Yin (pain, injustice, and suffering), there is also Yang, (courage, love, and heroism). Their young daughter acted up last night to the point that the mother described her as “demon possessed.” I felt so helpless as to what I can do or offer to make the situation better. I felt the urge within me to strangle the child. I hurt for my friend when he shared that he felt the same way and judged himself for it even though he is such a heroic parent. In the midst of helplessness and pain, I thought of the quote that Liren sent me and reminded myself to hang in there and not turn away. I did that as long as long as I could, and an evening walk with my friend and his dog helped. Nevertheless, I felt that it was not enough so I helped to wash their dishes from dinner. I was really glad for something to do.