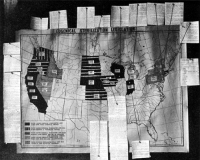 In my casual observations in conversation with colleagues, I find that very few mental health professionals are aware of the historical link between psychiatry and eugenics. I was not aware of this history until relatively recently, when I read Robert Whitaker’s groundbreaking and brilliant text, Mad in America. When I read that section of the book, I was utterly devastated and filled with righteous anger. How could this have happened? How could it be that medicine, with its benevolent intentions, could be used so easily in the service of dehumanization and oppression? Eventually, I wrote my own account of this history in the book Drugging Our Children: How Profiteers are Pushing Antipsychotics on Our Youngest, and What We Can Do To Stop It. In my chapter in this text, I make the case that the over-medicating of our children is part of a longer history of abuses by psychiatry, and it is a biologically reductive approach to dealing with human suffering. The history of eugenics is a story we all need to know and understand, or else face the penalty of dooming ourselves to repeating it once again.

But first things first: What exactly is eugenics? Eugenics was a movement that began in the late 1800’s. It was influenced by the ideas of Thomas Malthus and Charles Darwin, as well as by selective breeding in the farming of plants and animals. At that time—the dawn of the Industrial Age—populations within urban areas were swelling at breakneck speed, and it became increasingly difficult to feed these populations. It took government intervention and strategic planning to find ways to innovate farming in order to be able to feed the growing and hungry masses. Selective breeding of crops and farm animals allowed farmers to maximize the potential of the land, so that it could feed many more people than had previously been conceived. Selective breeding was so successful, many powers-that-be began to raise the question: if selective breeding can be beneficial with crops and farm animals, why not apply this new technology to shape the genetic future of the human species? This was the birth of eugenics.

Those who began to study eugenics took it that the human population can be separated into two genetic classes—the eugenic, or those who were deemed to have “fit” genes that should be perpetuated into the future, and the cacogenic, or those who were condemned as having ill-fit genes that were believed to be toxic to the future health of our species. Given that rich, white, Anglo-Saxon males were the ones with wealth, power, and influence, it was predictable that, of course, they deemed themselves to be the ones who were “fittest,” and anyone who threatened their power were conveniently situated on the cacogenic side of the eugenic divide. Those deemed cacogenic at this time included blacks, immigrants, criminals, the poor, the mad, the disabled, the mentally retarded, those with drug and alcohol addiction, and gays and lesbians, among others. The eugenic movement viewed individuals in these social classes as persons who were victimized by disease that must be cured by eliminating these people from the population, whether through segregation, sterilization, or extermination.

Few people will be ignorant of the fact that the eugenics project came to its fullest realization with the Final Solution of Hitler and the Nazis in WWII Germany. What many do not realize, however, is that it was in fact America that led the international movement toward eugenics, and it was only because of America’s example of putting eugenics successfully into practice that Hitler was able to persuade the Germans that their own eugenics project was the way to go. The end product of eugenics in Nazi Germany was the death of somewhere between 11 and 17 million human beings—6 million Jews (a quarter of them children under 15), about 270,000 gypsies, 3.3 million Soviet POWs, 2 million non-Jewish Poles, 250,000 disabled, 15,000 homosexuals, and many others. Those who were targeted first were those who were considered to be mentally unfit—the mad and the mentally retarded. These unfortunate individuals were corralled into rooms, and succumbed to exhaust fumes (the tail pipes of trucks had been connected by hoses to vents in the room). The result was the first mass killings by the Nazis. How could this happen?

In America, the eugenics movement was funded by big money: Andrew Carnegie, John D. Rockefeller, and the widow of Edward Harriman. At this time, for example, Victoria Woodhull stated, “imbeciles, criminals, paupers, and the otherwise unfit…must not be bred,” and supported the forced sterilization of American citizens. Charles Davenport, a Harvard-trained biologist, was appointed head of the Eugenics Record Office on Long Island, and Davenport and his team of heavily funded researchers began to investigate and maintain files on family lines in the general population who they considered to have defective genes. Meanwhile, money and influence was used to manipulate politicians and judges in order to make eugenics legal and to put it into practice.

Connecticut has the dubious distinction of being the first state to ban marriage among those deemed “unfit.” By 1914, more than 20 states had followed in the footsteps of Connecticut, and by 1933, every single state in the union had fallen into line. At this time, those deemed to be disabled or unfit were segregated into populations in order to prevent them from reproducing in the general population. These “asylums” were later rationalized to be “treatment” centers rather than the concentration camps they were originally intended to be. Between 1907 and 1927, the United States had victimized over 8,000 people with eugenic sterilization so that they could never again reproduce.

California took the evil of involuntarily sterilization to the level of an art form. Faced with the problem that involuntarily sterilization is a form of medical intervention that is intended to harm—that is, intended to destroy the ability to procreate—it was in violation of the Hippocratic Oath to “do no harm.” To remedy this problem, California medical doctors quickly rationalized their behavior by claiming their eugenics project was actually a form of treatment that would ‘cure’ the patient of his or her mental illness. In the case of Buck v. Bell, the “right” of California to sterilize its own citizens was upheld by the U.S. Supreme Court in an 8-1 decision in 1927.

The American eugenics project, with the backing of the U.S. Supreme Court and supported by the huge pockets of the robber barons, inspired Europe nations to initiate their own eugenics programs. Soon, Denmark, Norway, Sweden, Finland, and Iceland were sterilizing citizens the elite deemed to be “unfit” according to their classist, xenophobic, sexist, and racist standards. It was only later that Hitler came to power and used these movements to initiate Germany’s own eugenics program, which took the American eugenics project to its logical conclusion with the extermination of those deemed “unfit.” No public outcry against the Nazi extermination of the disabled could be heard. In fact, American publications from the New England Journal of Medicine to The New York Times sang Hitler’s praises as “progressive” for his “humane” extermination of “unfortunates.” Reading these articles in American academic journals and in a publication such as The New York Times, I became nauseated and could barely read on. Yet, one can go to these publications and read for him or herself how easily and skillfully hatred can be rationalized and disguised within the false benevolence of a medical discourse.

Has psychiatry today fully exorcised the demons of it’s past? I think not. Children in poverty, especially those on public welfare and in foster care, are much more likely to be drugged with harmful antipsychotic drugs. I see this kind of psychiatric abuse as an extension of the eugenics project, and it needs to stop. Psychiatry is also still used to perpetuate racism. Today, we still see that black men are misdiagnosed with schizophrenia five times more often than white people. It is easier to label a person with madness and force his compliance with antipsychotic drugs than to endure the difficult job of listening to a man who lived with the darkness of a lifetime of victimization by racism. Until we see such patterns disappear from psychiatry practice, I will remain unconvinced that psychiatry has fully escaped the weight of its shameful eugenic legacy.