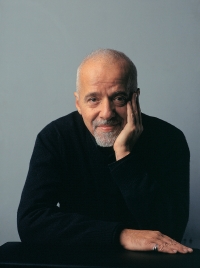 Existential themes permeate our society, supporting the notion that no matter how many ways we try to hide, there is no running from what it means to be human. Although our society is quick to assuage the anxiety brought on by existential awareness, the themes are there, and it is up to us as the new existentialists to tease the awareness out and into consciousness.

One of my passions is to make heady philosophical themes accessible to the general public. After all, isn’t that who we are attempting to reach? In many ways, we have limited our reach by remaining in our Ivory Towers discussing themes that one needs extensive education to understand such as “Dasein.” We also limit our reach by discussing philosophers such as Nietzsche, Sartre, and Kierkegaard when many of the people we desire to impact are unfamiliar with philosophy and how it may apply to their life and who simply want to know what help is available.

The world needs what existential psychotherapy has to offer; the culture is crying out for vivification, for enlightenment and to awaken and to transform. In order to meet that need, we as the Modern Existentialists must learn to speak the language of the people and introduce them to the works of existentialism on their terms.

Recently, I was watching a television show entitled “The Vampire Diaries.” In this particular episode, one character was transforming into a werewolf for the first time. His friend, a vampire and fellow high school student, stayed with him during this painful first transformation. Although she (the vampire) knew the risk posed to her if she were to be bitten by the werewolf, she refused to abandon her friend in his time of need. Throughout his transformation from human to vampire, during which he was deeply tormented and ashamed, she stayed with him and retreated only when the situation became dire. When the danger passed, she returned to the friend/werewolf and held him. I was struck by this scene as it reminded me much of what happens in existential psychotherapy: the client struggles to (or against) transformation while the therapist creates a safe place for them to do so. Indeed, the therapist is not interested in moving the client to transform but is tasked with the much more challenging call of bearing witness to another’s pain with what Schneider (2009) calls “effortful nonattachment,” meaning that one is deeply engaged in the present moment without an agenda or desired outcome (p. 169). Trying to describe this process to a person who has never experienced it or something very similar to it is, at best, an exercise in futility. One can, however, point a potential client (or students in training) to scenes similar to the one described above that illustrate the process in a different and perhaps more relatable way.

There are many other existential thinkers in our world who are saying the same things but in different language. Take, for instance, Paulo Coelho, a Brazilian novelist. Coelho has written books such as “Veronika Decides to Die,” which tells the tale of a young woman who attempts suicide, and it isn’t until she is told that she is not going to live that she decides to truly live. Many of Coelho’s books carry deeply existential messages, and because he is such a beloved author, it is easy to introduce existential themes to readers. Indeed, there are many books, movies, television shows, and musicians who are speaking to existential themes if we only have an ear to hear. These newer, more modern existentialists can bridge the gap between past philosophy and present-day need.