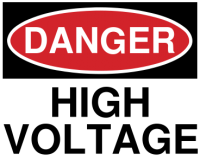 A friend brought to my attention a Craigslist ad that went up in mid-August, and to say I was morally outraged is an understatement. For those of you who are unfamiliar with Craigslist, it is an online listing of ads for items on sale, usually at bargain prices, as well as housing ads and job listings. Many people who use Craigslist tend to have limited funds. Thus, this seemed the perfect “hunting ground” for the ad in question.

The Centre for Addictions and Mental Health (CAMH), the mental health authority in Ontario, Canada, placed an ad seeking volunteers and offering compensation for electroshock, a procedure sanitized to ECT, or Electroconvulsive “Therapy.” The initial ad read:

Do You Suffer From Depression That Has Not Responded To Medications? The Neurochemical Imaging Program in Mood Disorders at the Research Imaging Centre is conducting a brain imaging study to look at brain changes associated with Electroconvulsive Therapy (ECT) in people with Depression.

Upon reading the content of the ad, I was overwhelmed at how misleading it was. Electroshock was made to sound like an effective tool with positive outcomes. A journalist who often covers mental health issues said he emailed CAMH asking where they found the bold statement: “ECT works by telling the brain to make new brain cells, ” without mention of research to support this claim. CAMH never responded to his query. The ad also made no mention of the possible dangers of this treatment—including the long-term cognitive dysfunction (Sackeim et al., 2007) or permanent and profound amnesia (see, for example, Robertson & Pryor, 2006)—that researchers have found are quite common with electroshock treatments. These adverse effects that electroshock can cause is not merely talk created by those who oppose it, but are also documented in Read & Bentall’s (2010) literature review of studies of brain-damaged patients who received this treatment.

Furthermore, our memory is part of our identity; if that is lost, in essence, we lose ourselves. Our identity is how we understand our place in the world, how we relate to those around us, the basis of our individuality and the foundation of how we find our purpose in life. If we lose all that, we will find ourselves regressing in many ways, needing to re-learn and recreate meaning.

CAMH’s statement “50-80% of people achieve remission after a course of ECT” also failed to qualify the statement with the fact that researchers have found that most patients undergoing ECT relapse within six months (Read & Bentall, 2010). In addition, other research shows that after shock treatment, patients are more likely to be readmitted than those not shocked (Byrne, Hooke, Fieldhouse, De Felice, & Page, 2012). If electroshock was effective why would there be what Byrne and his colleagues call “planned readmissions”?

The ad was placed as seeking volunteers who were suffering from depression yet unresponsive to medication, which would imply their distress is ongoing. The limited and misleading information CAMH gave on ECT under the heading “ Did you know? ” made outcomes appear very positive, and thus might be very attractive to someone with ongoing distress who was ignorant of the risks. As noted above, because of the nature of Craigslist, many who use it have limited funds. CAMH’s offer of financial compensation might also be tempting to someone regardless of the risks. CAMH’s failure to list the risks as well as the benefits, and then advertising it to a potentially vulnerable population seems ethically suspect.

In a systemic review by Rose, Wykes, Leese, Bindman, & Fleischmann (2003), the perceived benefit from electroshock differed between patient-led and clinician-led studies of outcomes. This difference was due to different methodology and an inadequate description of the complex nature of a person’s experience. This adds to the ongoing controversy.

Aside from the research showing electroshock’s inefficiency as a treatment, Burstow (2006) says that electroshock has been used as an oppressive tool against women in particular, as her research indicates women are consistently shocked two to three times more often than men. Burstow also indicates that this statistic is consistent regardless of diagnosis. Thus, she says that the argument that women are shocked more because they suffer from depression more than men has no substantive merit.

Technology in modern societies has been ever evolving, and in many ways we have become reliant on it in many aspects of our lives. The field of mental health also follows this trend as pharmaceuticals, and to a lesser extent electroshock, have become the predominant forms of help for relieving distress. Their results are measurable and may appear to the average person more reliable. Informing a person that an electric current will pass through their brain that will cause the brain to make new brain cells is something they can grasp. But to be fully informed in making a decision, a person needs to be told the possible benefits as well as the risks. Since CAMH was seeking volunteers not responsive to medication, we might assume that potential volunteers would already have sought psychological treatment and that the option for electroconvulsive therapy would have been previously discussed and dismissed with psychology professionals. Or if it had not, we would have to ask why.

In addition, when considering so-called “treatment-resistant” depression, we might wonder whether these potential volunteers have tried alternative forms of help such as talk therapy, support groups, exercise, nutrition, and yoga. Since these potential volunteers would be using the internet to access Craigslist, they could also access the numerous support services found using a web search.

As soon as I saw the ad I shared it with a diverse group, consisting of mental health professionals, students, and those who advocate against the mainstream paradigm of mental health. A colleague created a Craigslist ad entitled, “Re: Do You Suffer From Depression That Has Not Responded To Medications?” warning of the risks involved and asking to think of those who have suffered greatly at having their brains shocked. CAMH did choose to remove the initial ad, only to place a second ad with the text largely unchanged, a few days later.

Participate in Brain Imaging Research in Depression (CAMH-Toronto). [note the following subheading is the same title as the initial ad] Do You Suffer From Depression That Has Not Responded To Antidepressant Medications?

The content was left unchanged except for the addition of “CAMH is a Pan American Health Organization/World Health Organization Collaborating Centre Affiliated with the University of Toronto,” perhaps in an attempt to add an air of legitimacy.

Once again the same ad warning of the profound risks involved was placed in a similar fashion to the first, as: “Re: “Participate in Brain Imaging Research in Depression (CAMH-Toronto).” The second ad has now also been removed, although it is unclear as to the reason why CAMH chose to do so—whether it had to with pressure or simply that they had enough respondents.

We are still puzzled why the authority in mental health of the province of Ontario would place such a misleading ad.