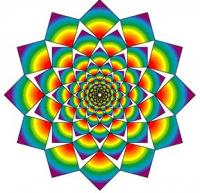 I first learned about appreciative inquiry in the late 1980s when David Cooperrider and Diana Whitney developed their model, echoing Maslow’s idea that we look at the successful rather than pathological examples to really be helpful to individuals and organizations. At that time the concept of excellence was shaking organizations and Covey’s habits were challenging individuals. “What an idea,” I thought, “to approach consulting not as problem solving, but as building on what you do well!”

So I tried it. At first, it was a little silly. I conducted a workshop without using the words “problem” or “weakness.” “We don’t have problems to solve, we have to look at what we do well and build upon that.” Since I was asked in to help deal with a conflict in a work group, my reframing hit a wall. “What are you talking about?” They would ask. “We don’t have time for this stuff.” It was a problem, oops, a challenge to adopt this perspective.

How do you help a system in pain using positive concepts? I persevered and worked on ways to reframe their stated issue. When the client presented a conflict I began asking people, “What would it look like if you had resolved this difference?”

Slowly, with practice, the power of this began to emerge in my work. At first, any new behavior seems artificial and awkward. But I began, like many who have tried to begin with the positive, to find the power of a positive, appreciative approach to ANYTHING. It became my new mental habit, and it has changed my work so deeply.

What was happening is that from an external behavior, my mindset began to change. I began to look at myself and how the influence of negative thinking led me to get angry, blame others, and generally create distance rather than resolve issues. I observed this in others—how quickly a problem became a search for who was to blame, and how little this added to the ability of a group to move forward. What did blame offer other than feeling less anxious, a false security of having done something?

The use of appreciative tools began to shift from being a technique, to a way of viewing systems. I began to ask myself in any setting questions such as:

Changing my way of looking at situations had effects on me and on the groups I was in. Adopting this view made me less impatient and more energized in the group. I was more open and able to understand what the group wanted and to feel helpful in the group. How many times had I sat in a frustrating group or dumb meeting that was going nowhere and felt helpless, distancing myself because we weren’t moving? Not my problem. What can I do anyway? I found there were things I could do in every situation. By looking for ways to adopt positive, appreciative, future focus I could make a real difference, by changing the mindset of the meeting. Reinforcement came my way, as people noticed I was helpful and listened to my ideas. I was no longer using appreciative “techniques,” now I was simply sharing my way of seeing the situation.

My work now is with difficult family businesses moving across generations, where there is heavy and long-standing conflict where people are deeply convinced the other is at fault. I find that listening to these complaints and narratives gives people some relief by venting, but does little to create a container for communication and doing something different. The more people repeat their claims the more distance they create, and the more they reinforce what they think they know, rather than what might be different.

The tools and mindsets of appreciation are a wonderful antidote. I have heard over and over again from groups that they thought this approach was silly and artificial until they tried it. They found that by looking at what they wanted, what they do well, and what they saw as a best possible outcome, left them feeling more positive and better about each other. They didn’t change their minds, but rather found that they shifted their attention, and that made a great deal of difference. For example, two brothers at odds found that they had a lot of good experiences in their past, and had actually worked together in many ways. Or they felt that by shifting attention from what had happened in the past and looking at what they wanted to do, they felt a weight leaving their relationship.

The other way this mindset changes situations is by challenging the tendency to create either/or dichotomies that divide something into two opposing camps. The confronters of many social movements may be correct in their claims, but the process of making their counterparts wrong, and even evil, leaves little room for engagement or change. Within a meeting, I began to see that when someone posed a dichotomy—Do we do this or that?, this construction artificially limited the conversation because each respondent had to be on a side. When you vote for one of two choices, you may be neglecting so many additional options and therefore have the illusion of choice and democracy. By looking at where you want to get to, you turn away from false or limiting dichotomies to look for novel pathways, what we talk about as “transformative” opportunities.

So, after years or practice and experience, I find the appreciative mindset is a foundation for solving problems, not a rejection or denial of them. To focus on what can be done does not negate the presence of something that is not going well and must be changed. But it does offer a way to move out of a self-reinforcing and negative loop to offer the possibility that a system or a relationship can be different in the future than it has been before. That is the holy grail of a consultant, teacher, change agent or social entrepreneur.