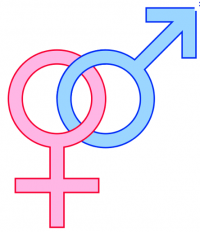 A widespread notion persists: that women, when compared with their male counterparts, are more naturally inclined toward peace. Is moral superiority a feminine virtue? Traditionally, women are characterized as maternal, nurturing, and gentle; whereas men are seen as having a propensity for violence and belligerence. Women talk about their problems; men solve conflict physically, requiring an outlet for their “natural” aggression. When female-perpetrated violence does occur, it is treated as unnatural or aberrant. This binary notion of gender is reinforced through socio-cultural stereotyping.

Regardless of the validity of this notion, the underlying assumptions are widely endorsed. Clearly, if women are better at making and sustaining peace, their involvement in post-conflict leadership is indispensable. The participation of women in reconciliation efforts is required; however, a properly gendered perspective of the contribution of women is very complex. The recent increase in government representation of women, as in post-genocide Rwanda, is an exemplary trend and can aid conflict prevention efforts. However, for this to be the case assumptions about women must be re-examined and potential dangers avoided.

The topic of gender is an important consideration in any academic discipline or professional field. However, the way in which this is usually done – as an examination of difference – is not especially useful, as it often serves to perpetuate patriarchal underpinnings. Discussing the courses she teaches in negotiation, Professor Deborah M. Kolb suggests ways to “weave insights about gender more directly into the curriculum” so that gender is not just a “footnote in a class,” but rather a “window into some critical processes in negotiation” (Kolb, 2000, p. 348).

Within conflict resolution theory, Kolb points to two expressions of the difference model that have emerged concerning gender: the deficit model and the valuing difference model. In the deficit model, (unfortunately) the most commonly held view according to Kolb, “the focus is on the skills that men have and women lack” (p. 348). On the other hand, the valuing difference model appreciates the insights of women that may have previously gone unnoticed or unarticulated. This latter model is helpful to a point, but there is still a fundamental flaw with either expression of difference thinking. Both the deficit model and the value difference model are guilty of essentializing women. “From the gender difference perspective, our explanations about difference are often traced to essential and fixed characteristics” (p. 349). This is especially problematic since it is clear that stereotypically male or female character traits – if they exist at all – are not of equal value in society.

Considering gender solely in terms of difference is not fair to either men or women. A more accurate, and advantageous, understanding does not treat identities as fixed categories but rather reflects a shift toward the interactive process of negotiation or conflict resolution. Kolb calls this “doing gender” (p. 350).  Gender should be seen as contextualized and socially constructed through interaction. “The focus on the interaction emphasizes the fluidity, flexibility, and variability of gender-related behaviors” (p. 350). When gender is “done,” new insights emerge that can further the overall goal of resolving conflicts. Gender is not a fixed category; it is itself a form of negotiation. The wholehearted and open-minded participation of both men and women is required to prevent violent conflict.