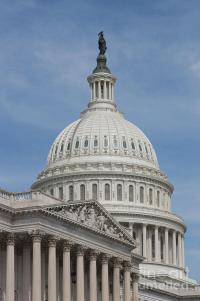 Imagine our private organizations operating like the federal government. What if we belonged to parties inside our workplaces and chose to work or not based on what our party determined? What if we could refuse to implement a needed plan just because our party does not agree?

I have been working in private for-profit and non-profit organizations for 30 years now and my answer is that our organizations would collapse.

At the core of sustainable organizations is the discipline to act on what is right. Taking concerted action in the earliest possible moment is paramount to economic survival for our businesses. We who operate in the private world do not have the luxury of choosing what to act on and when. Selecting to simply stall to feed a political agenda would be disastrous. Bottom line: If Washington was a corporation, it would have been out of business a long time ago.

Every time that I hear our president referred to as the “leader of the free world” or “as the most powerful man on Earth,” I wince. Somehow these references imply that being president of the United States is the ultimate job in the universe—one bestowed with all power. Seeing president Obama beg the U.S. Congress to extend unemployment coverage for the millions that will be out of this benefit in  January really makes me wonder what power this job really has?

It is ironic that our president can takes us to war but cannot issue a check to our disadvantaged. A CEO has to sometimes beg a board of directors for funding or approval. Again in my 30 years of work experience, I have never seen a CEO beg for the absolute basics, like paying salaries or benefits. Our organizations make it a basic assumption that people need to be paid.  Even our state laws guarantee that money owed to employees is sacred. I understand that the unemployed are not employees of the federal government, but we have a moral obligation to support those that do not have jobs because our global appetite for excess resulted in the lack of jobs as an unintended consequence.

This brings me to something that President Barack Obama said this last Friday in his third address to the nation in the same week. He asked what kind of country we wanted to have: a country where people are in for themselves or a country where we care for one another, support each other, and work together for a common goal?

Once again, applying the private organization parallel, a business entity with no collaboration and where everyone was watching just for themselves would simply perish. Even our banks—where it seems that their senior teams are just in for themselves—have to take care of their people or they would go out of business. Ask any organization that failed how much interest they had in the wellbeing of their employees. Better yet, ask the many thriving organizations with double digit growth what they are doing right for themselves, their constituencies, and their community.

Richard Barrett, author and leadership consultant, states that during the 1990s, the average annual shareholder return over a period of ten years was 23 percent for companies listed as one of Fortune magazine’s “100 Best Companies to Work for in America.” The average annual shareholder return of the Russell 3000 Index over the same period was only 14 percent. In 1998, there were 164 publicly held companies represented in three lists of “best” companies: Fortune magazine’s list, Industry Week’s “100 Best Managed Companies,” and Working Mother’s “100 Best Companies.” Of these 164, 38 were on more than one list. These “best” 38 showed consistently superior financial performance over a ten-year period of several percentage points over the 164, and the 164 showed a consistently superior financial performance of several percentage points over the Standards and Poor 500.

I know the above statistics only deal with financials; however, the organizations with the consistently higher financial performance were the ones that industry benchmarks rated the highest in employee wellbeing.

Going back to President Obama’s question on what kind of country we want to have, if we had one where we care for one another, we would be emulating what the best companies in the United States do. It would be logical to extrapolate that our financial performance as a nation would be impacted and that jobs and prosperity would be more attainable.

I was saddened to hear this week both on the news and from a couple of colleagues that the time when they felt the closest to their neighbor and the strongest sense of belonging to this country was just after September 11, 2001. Isn’t it incredibly sad that we need to be attacked and have thousands of our society’s members killed in order to be kind to our neighbor and to band together as a nation? Shouldn’t we be kind and supportive every day? I bet the people in the “100 Best Companies” do not wait for the threat of total collapse to be caring to their people and to collaborate for their common goals.

I very much want our politicians in Washington to take a lesson from our private organizations and see what works, after all, our bookstores—both physical and virtual—are full of case studies on what makes organizations successful. The form of politics, leadership and management that is practiced by our federal government appears in our history books in the chapters of the Roman Empire and the many other civilizations that collapsed because they could not see their way to collaboration and to take care of their citizens.