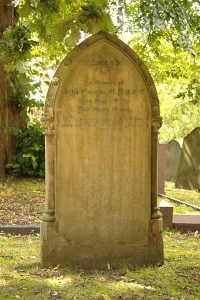 Does the fear of death, your death, whether physical, emotional or spiritual, influence your political and community decisions? It may, according to a theory that has renewed interest in our very uncertain times. Terror management theory was introduced in 1973 by anthropologist Ernest Becker.

In his book The Denial of Death, he suggested that all of the actions that we take in life are taken as way to avoid or deny the inevitable end our lives. Our cultural worldviews provide us with a sense of order, meaning and stability in or lives. When these are in place, generally self-esteem goes up. When our worldview is challenged we experience fear, fear of the end of the order and stability and meaning. It can be almost like nearing the death of our who we are. This fear of “annihilation” takes the form of anxiety or more specially, existential anxiety.

This according to a recent article, “The Politics of Mortal Terror” published in Current Directions in Psychological Science can push someone to vote with their fears rather than with critical consideration. Authors Florette Cohen and Sheldon Solomon reviewed research on terror management theory to explore its potential impact on political votes in the 2004 and 2008 elections.

They present some interesting arguments in this paper. One focuses on the incredible fear that was running through the hearts and minds of many Americans after 9/11. President George W. Bush led a nearly biblical crusade against evil. His popularity soared because as the authors of this paper suggest, people were feeding off this new crusade that would hopefully alleviate their greatest fear, death. Even though there was no real guarantee that Bush’s crusade was going to accomplish this, it did not seem to matter. His polls went from less than 50% up to 90%.

Death whether physical, emotional or spiritual, is inevitable in life. It is a frightening experience for most people to consider that fact that their lives may end. What is just as frightening is the prospect that what you hold dear, your values, beliefs and way of life may end and simply die on the vine. So this is according to terror management theory one of the reasons why people chose to act or in the case of the post 9/11 support Bush’s decisions.

Death is an ending. Imagine how the ending of one’s hopes and dreams could push someone to vote for a candidate who encourages or reinforces a sense of hope for them. The fear of being isolated from others could possibly bring people to vote in a way that will help them to feel connected to others or to prevent them from feelings marginalized.

The authors of this article are correct in that it is in our best interest to know when a political or community campaign is playing off of our existential concerns.

Our personal experience with the existential concerns can have an influence on how we live our lives. What would most likely help the most is for us to have an awareness of what is driving our choices in life. If we know that something is pushing up a fear of an imminent end, then taking time to understand that we are afraid may help us to see that a choice we may make is being influenced by this fear.

Our emotions are not irrational nor are our experiences with the existential concerns of death, freedom and responsibility, meaninglessness and isolation. The experience of the existential may not be all bad. It does not necessarily lead to irrational choices. Knowing that you may feel that your life feels empty or meaningless because of an experience of racism or classism – taking action to fight against an ism is perfectly rational.

Yes, we must have greater awareness of how a political ad or anyone for that matter can play with our experience of the concerns in life. Embracing the concerns can be a way to acknowledge the limitations and potentials of our life and help us to make choices that are more informed.