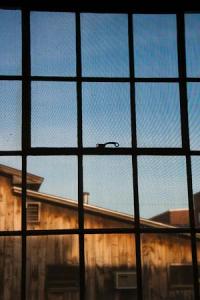 I’ve been facilitating group experiences for almost 25 years. One of the first things I learned was the importance of creating a sense of safety so that people can fully participate in the work they have gathered to do together. The best way to begin that process is to give participants a chance to check in and introduce themselves.

Early on, I found that the standard introductory, “Tell us your name, what you do, and why you are here,” was never very satisfying. People usually responded by giving their “elevator speeches”–what they had been coached to say at networking events. These often came across as a rote recitation of a canned response with no life or authenticity.

I wanted to hear more. I wanted to have a glimpse of the person behind the introduction. I wanted something solid and real and human. So began my quest for a way to bring the whole person into the room. There are lots of ice-breaker exercises out there that are designed to do that. But quite honestly, many of them felt contrived and most were not appropriate for the kinds of groups I was running.

As a visual person, I was drawn to images that could be used to engage both the right and left brains. I found that when I combined a selection of images with a targeted question, participants would begin to share so much more of themselves than if I simply asked, “Tell us something about yourself.” Instead, I would say, “Find a photo that captures or represents…”

For a long time, the problem was that I needed a large number of a wide variety of images so that people had plenty to choose from. I tried collecting pictures from magazines (too commercial and not durable enough to withstand continuous use), postcards (it took too long to gather the variety I was looking for), and specialty cards like Tarot decks and other decks with images on them (the images were never quite right for my purposes).

I had been taking photographs for years, but not the kind you put in a photo album for the family or send to friends documenting an event. My photos were always quirky … an interesting door, a part of a curb, an unusual perspective.

At the same time, I became increasingly interested in conversational methodologies like the Art of Hosting and the Flow Game, where I discovered the power of a really good question. I wanted to become more skilled at designing the kinds of questions that would evoke interesting conversations.

In January of 2009, I combined my love of photography with my desire to practice asking questions into a daily photo blog. Since that time I have posted a photo and a question as a daily practice. After more than two years of daily postings, I have accumulated a large number of photos and questions that, in fact, work quite well for group introductions, check-ins, and deepening conversations. They can also be used for personal reflection and sparks for creative activities.

The point is that images, especially when combined with provocative questions, can provide an excellent jumping off point for conversations that break the ice and allow participants to bring more of themselves to the issue at hand.

Carla Kimball, MA, MBA, is president and founder of RiverWays Enterprises and a special guest contributor to Rethinking Complexity. She works as a public speaking presence coach and facilitates large-scale community-wide problem solving through a process called the “Art of Hosting Conversations that Matter.” Go to her blog to receive a regular email with the day’s photo and question. Also, Carla has created Revealed Presence Story Cards decks.

NOTE: This post was originally published by Pegasus Communications‘ blog, Leverage Points, on June 2, 2011. It has been republished here with permission.