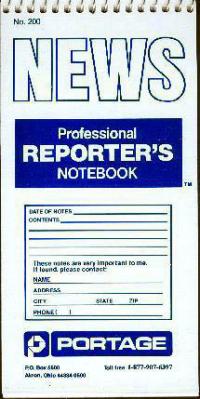 I remember covering the American Cancer Society’s Relay for Life in April 2003.

I was four months into my internship with The Miami Herald at the time covering the civic beat in the town of Miami Lakes, a suburb about 30 minutes northwest of Miami. I landed that intership after stringing for the newspaper for more than a year while I finished my undergraduate degree in journalism.

Despite the time I had already put in writing community news at the Herald, I was still very green and very wet around the ears. After four months attending town meetings and learning about the seemingly magical influence many eccentric politicians try to weave around young and inexperienced reporters, the Relay for Life should have been a welcome break from the norm for me.

But I remember it wasn’t. I actually didn’t want to cover it. I wanted the newer intern to take it.

A very petty reason: I didn’t want to spend more than 12 hours—the early afternoon into the early hours of the following morning—at the local park where the event was going to take place talking to people. I remember thinking, “I’m not paid by the hour so why do it? It would be a waste of time and energy.” So I was allowed to split up the shift—I covered the afternoon and early evening while the newer intern covered the late night and early morning.

I remember lulling around the park that evening zeroing in on people who I thought would talk to me. The quicker I’d collect perspectives, opinions, and stories, the quicker I could leave, write the article, and move on to the next assignment—that was my credo as a young reporter. It’s the same credo reporters generally abide by on any story: Get in, get out. Period.

I remember watching the relayers and talking to people, but the details grow very fuzzy the more I try to hone in on the specific events of that evening. The stories that I heard that night and retold in my article more than eight years ago are just as vague. I couldn’t remember a single one until yesterday, when one jumped out at me while I was working on building a writer’s portfolio.

This story hit me by way of a quote: “Mommy, don’t let them kill me.”

This quote was the opening paragraph—or lede if you want to get journalistically technical—of the Relay for Life story I wrote in the spring of 2003. I kept reading.

The quote was a plea from a boy named Michael—a plea Michael would cry out to his mother every time he underwent chemotherapy treatment for leukemia between 2001 and 2002 when he was still a toddler. Michael’s cancer had been in remission for almost a year when I met him and his mother, Maria, that night at the Relay for Life and, according to my article, it was hard to distinguish Michael from any of ther other hyperactive 5-year-olds running around Miami Lakes Optimist Field that evening.

Maria was watching her son play with the other children at the relay when she told me about her son’s plea: “When I think about that, it still twists my heart,” I quoted her as saying.

Looking back eight years later, I can’t help but wonder: What the hell was I thinking back then? Maybe it was youth, inexperience, self-absorption, or the quest for journalistic objectivity, but how could anyone dip in and out of an event, like the relay, where people with life-changing experiences, like Michael and his mother, converge and share their experiences as they celebrate a second chance at life?

As a reporter, I told Michael’s story in a compelling manner with the intent of stricking a powerful, emotional chord in the reader. As a human being though, I missed the boat.

Reporters operate under the false assumption that a disconnect is needed in order to tell powerful stories. I can see now how that kind of thinking severs the humanness of connecting with your subject—or, as philosopher Martin Buber would say, the other.

Viewing people merely as sources of information that feed and help you complete a story seriously objectifies them, objectifies their stories, and creates a very shallow and empty connection.

I should know. Looking back, I can honestly say that regardless of how humanly I treated the hundreds of people I interviewed during my five-year stint as a newspaper reporter, I always had to remember that these people were just sources of information. Period.

Micheal and his mom were just sources that evening in 2003.

In hindsight, they were actually incredible sources of inspiration and I’m lucky to have met them both.

When people say perspective is everything, they really aren’t kidding.