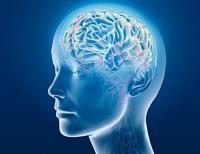 One of the most compelling qualities of our brains and minds is that we are designed to be social beings. Our brains are designed for relationship because they form through relationships while our neural networks and patterns of thought grow and change as we relate and respond to the people in our lives.

We also develop in relationship with the world around us—with the air we breathe, the food we eat, the water we drink, and the earth we live on. The earth may or may not depend upon us to survive, but the survival of the human race is completely dependent on the earth’s nourishing resources of water, air, food, and sustenance. Just as we were dependent on our mothers or primary caregivers as infants, we continue to be dependent on Mother Earth.

Our social neural pathways have evolved with human evolution; they continue to grow and expand through our lives. Hopefully our social design will evolve further because, at this time, our ability to truly understand and value our interconnectedness with all life has not extended far enough to protect life on earth and ensure our species’ survival. There’s movement in that direction, but we are perilously close to a tipping point beyond which life on earth may not be able to recover.

There is an explanation for this that comes immediately to mind: The strategies our species has used to survive over the millennia need to evolve and change, and soon.

In his 2009 book Buddha’s Brain: The Practical Neuroscience of Happiness, Love & Wisdom, Rick Hanson explained that as humans evolved, their survival depended on three key strategies:

I want to focus on the first strategy involving how we separate ourselves from others, even though how we try to minimize dynamic change and respond to threats are crucial parts of the mix.

Our ability to separate ourselves from others and the world is part of the natural development of a human being. As growing children, we learn to understand our body boundaries to keep from crashing into things and hurting ourselves. We do this by separating from our mothers and primary caregivers so we can develop autonomy. Our ability to separate ourselves—to have a unique identity and ego structure—is part of the human developmental process. But our individual ego structures can become quite rigid, cutting us off from the natural world and from others. As our lives get more stressed and we jam closer together in cities, we become even more cut off from each other and the natural world.

The ability to separate ourselves and to recognize difference is not a bad thing, but when the difference becomes an “other” to be feared or rejected, the separation and individuation processes of human development goes too far and damages ourselves and others.

That we do not recognize our interconnectedness with and dependence on the earth is a case in point. Because the ocean is a thing that’s separate from us, for example, we cut the fins off as many sharks as possible and overfish the outer banks, taking whatever we want. Then we fill the sea with our sewage and detritus creating ever-enlarging dead spots in the ocean where no life is possible. Because we don’t understand that we are interconnected and interdependent with the ocean, we are callous in our care of the living waters that sustain us.

Another example of our separation as a damaging process is the treatment of immigrants as “aliens.” In several states, laws have been passed that target undocumented immigrants to eliminate them—to expel them from the U.S. without regard for their lives and families as our neighbors and friends. These laws especially impact Latinos. We are choosing to ignore our interconnectedness and dependence on each other. The people who serve us directly, providing useful and needed support for our busy lives—as housekeepers, busboys, restaurant cooks, field workers picking and packing vegetables, laborers on farms, meat processors butchering and packing meats—are treated as if they were criminals. The callousness of the voters and government officials implementing harsh immigration laws in Arizona, South Carolina, and Alabama is shocking.

South Carolina, which passed the harshest immigration-control laws in the country this summer, recently expressed a particular cruelty highlighted by Republican Congressman Jeff Duncan’s remark to a Furman University group in Greenville. According to the Charleston City Paper, Duncan described illegal immigation as “kind of like having a house… taking the door off the hinges and allowing any kind of vagrant, or animal, or just somebody that’s hungry, or somebody that wants to do your dishes for you, to come in. And you can’t say, ‘No you can’t come in.’ …We’re giving those benefits away, which we earn as citizens of this nation, of being legalized citizens.”

In addition to harsh anti-immigrant state laws, federal policies are detaining undocumented immigrants for the slightest infraction and deporting them. The U.S. government is fulfilling quotas to deport 400,000 undocumented “aliens” each year. That we allow and support these policies as a nation indicates how strong our sense of separation is from our neighbors and co-workers.

We believe we can stabilize our economy by identifying and separating ourselves from the “other.” We drive out undocumented immigrants, and are unable to see the interconnectedness or the unintended consequences of our actions. Our social neural networks fall short of seeing all people and ourselves as part of a human family that must pull together to survive. Our ability to separate ourselves from others and the living world—while it protected us in the past—is damaging civil society and the planet.

While trying to stabilize the dynamic and unpredictable systemic forces moving through our world, we have fallen into faulty thinking with potentially dire consequences. The sense of threat we feel from the current economic crisis, for example, is driving us to push away the immigrants whom we believe are taking jobs from us. Our responses to perceived threats generally limit our ability to think clearly so we are caught in an increasing cycle of separating ourselves to be safe—rejecting others and the natural world to attempt to stabilize things; fearing the threats of the world and reacting to separate ourselves in ever tightening circles.

Still, I am optimistic. The discoveries of brain science can help us learn to use our capacities to overcome difficulty. Our social design will help us collaborate and work together. But let’s get at it.